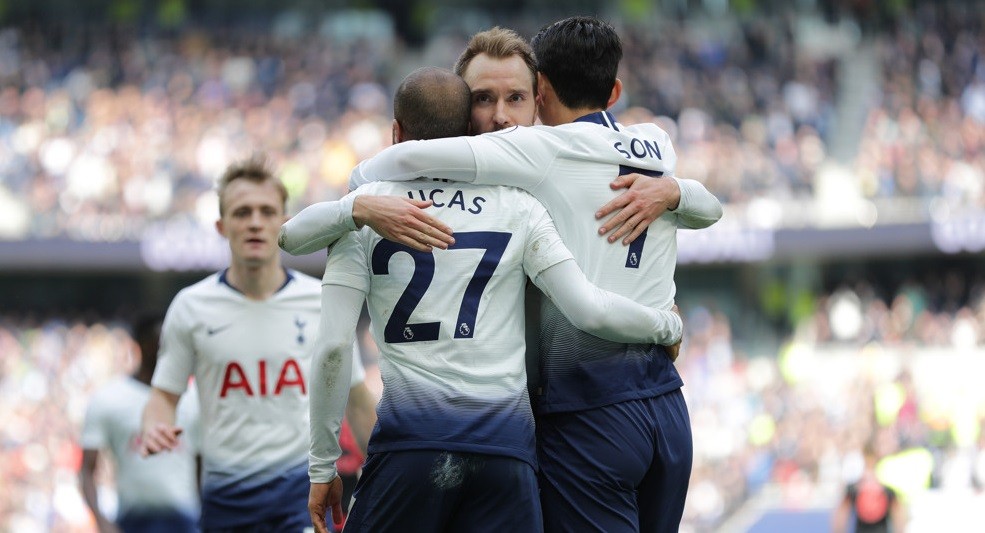 Our Spurs Team Preview article takes an in-depth look at their prospects ahead of the new Fantasy EPL season.  These hints and tips will provide essential information to enable you to get ahead of your Draft League competition during the pre-season!

Next up in our Team Previews is Mauricio Pochettino’s Spurs side.  The European Champions League finalists had another excellent Premier League campaign last season; finishing in third place.  We take a look into whether this season will finally be the one that Spurs make the next step and be crowned Champions.

Spurs had a good Premier League season but were never really in with a shot at the title.  As it turned out it was very much a two-horse race for the title, Liverpool and Manchester City; with Chelsea, Arsenal, and Spurs fighting it out for third and fourth place.  It is, without doubt, Spurs could push for the title, but last season saw Spurs lose a surprisingly high number of games; 13.  We can’t really attribute this high volume of loses to anything in particular, defensively Spurs were pretty solid; conceding only 39 goals.  Perhaps this could be tightened up a bit.

Spurs have at their disposal some truly elite level players.  With the likes or Harry Kane, Dele Alli, Son Heung-Min, and Christian Eriksen; Spurs have some of the best attacking players in the Premier League.  The emergence as a reliable goal scorer of Son (12 goals last season) has really taken the pressure of Kane, and with the likes of Lucas Moura readily available to Pochettino; Spurs have most attacking basis covered.  In defense, question marks still remain over Toby Alderweireld and Danny Rose; who appear to be leaving the club like Kieran Trippier.

Unlike last season, Spurs have dipped into the transfer market to strengthen the squad.  Two new signings so far, and we expect a couple more before the window is shut.  With Trippier leaving, and heavy speculation about Serge Aurier, Rose, and Alderweield all leaving the club; we’d expect Pochettino to bring in defensive replacements.

The first summer signing is young midfield Jack Clarke from Leeds United.  Clarke was very impressive for Leeds last season in the Championship and was rewarded with a move to the Premier League outfit.  In terms of Fantrax, draft managers needn’t familiarise yourselves with Clarke; the young attacking midfielder has returned back to Leeds on a season-long loan.

The other summer signing is that of Tanguy Ndombéle; who joins Spurs from Lyon in a big money move.  Ndombéle is a central midfielder, who will most certainly strengthen Spurs in the heart of the midfield.  We fully expect Ndombéle to be a regular starter in the side and as such will make a worthwhile proposition for any Fantrax draft squad this season.  Whilst Ndombéle won’t necessarily score vast points from attacking plays, he will pick up point elsewhere; tackles made and interceptions in particular.  As a Fantrax draft manager assessing your draft strategy; look to Ndombéle as a solid choice for a fourth to sixth midfield option.

Spurs have proved themselves as an elite club in world football, and we’re backing them to better on their Premier League efforts from last season.  Too many defeats last season cost Spurs, but we expect this to have been rectified for the new season ahead.  Much of the season will depend on the outcome of this transfer window.  We have already seen Trippier leave, and with the reports that Alderweireld, Rose, Aurier, and Eriksen are all on their way out; there would be some hefty gaps to fill.  We are however confident that Pochettino has no plans afoot to leave the squad short of quality; we’ve seen transfer speculation before about most of these players.  With a fit Kane and Son, Spurs will be a match for any Premier League outfit. 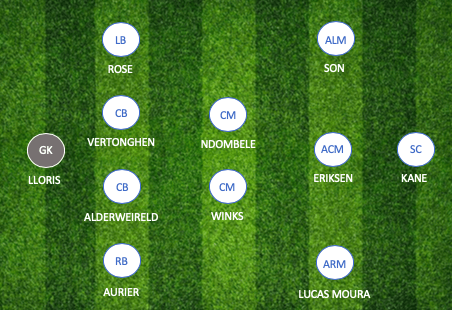 It was another excellent season from Kane considering he only played 28 games due to injury.  The England captain scored 17 goals and picked up 4 assists on his way to becoming Spurs second highest points scorer.  He didn’t quite hit the heights of the previous season, largely due to injury, but it was still enough to ensure Fantrax draft managers that had Kane were unlikely to finish bottom of their draft league.  Kane is an outright elite player for EPL draft fantasy, and will be first off the board in many a draft this summer!  We fully expect another great season is on the cards.

Son had another absolute stellar season in the Premier League and has really established himself as one of the elite players for EPL draft fantasy.  He scored 12 league goals and notched up 6 assists en route to a total of 321.5 Fantrax points.  This all came from only playing in 31 Premier League games, producing an average of 10.37 Fantrax points per game.  More of the same is expected from Son this season, and he continues to go from strength to strength.  Whilst there is a bit of debate around whether Son is a top-eight draft pick, we certainly expect him to go in the first 10 or 12 picks.

The want-away midfield maestro is hot property if he remains in the Premier League.  Last season brought about another excellent season for Eriksen, toping Spurs points scoring chart with 418 points at an average of 11.94 points per game.  This was enough for Eriksen to also make the top 20 overall points scorers in Fantrax last season; ranking 18th overall.  Eriksen’s ability to pick up goals (8 in total last season) to supplement his assist making is a real bonus; last season Eriksen’s 12 assists were rivaled by no-one else in the Spurs ranks.  So what of Eriksen for this seasons draft?  A tough one, because of the transfer speculation.  We’d approach it as simply as possible.  If Eriksen were not to leave, he’d be a definite top 8 draft pick.  However, just be mindful of the transfer rumours.  If you can perhaps prioritize the likes of Mane and Sterling ahead of Eriksen; great!

Dele Alli and Lucas Moura could feature in the top three scoring players this season.  These two Chaps have the potential to score big!  It remains to be seen where Tottenham’s attacking players will fit into the starting lineup.  Moura is likely to be the one that misses out though!

A little wildcard for you will be Harry Winks, who is most certainly going under the radar.  Drafting him towards the end of the draft could work out well!  Winks was integral to the team at the end of the season, after suffering a couple of injuries.  He should be good to go for the start of this season.