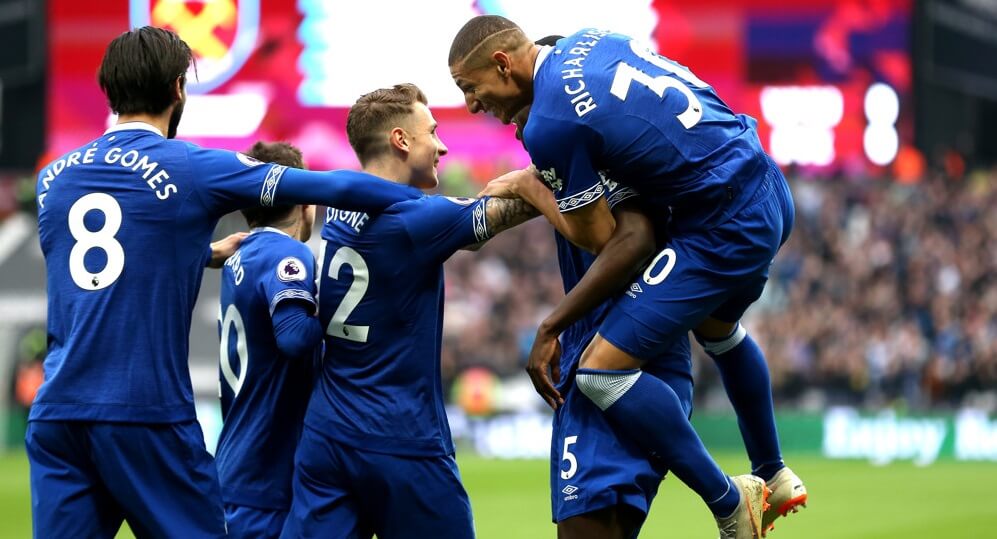 Our Everton Team Preview article takes an in-depth look at their prospects ahead of the new Fantasy EPL season.  These hints and tips will provide essential information to enable you to get ahead of your Draft League competition during the pre-season!

Next in our Team Previews is Marco Silva’s Everton side.  In the end it was a good debut season for Silva, but how will his Everton team fair this season?

Marco Silva’s first season in charge of Everton was ultimately a pretty successful one, but he did go through some rough patches.  Silva started off well, but the team stagnated during the mid season, before stringing together some impressive results towards the end of the season.  A 4-0 victory over Manchester United in April was the highlight of the season!  Everton also kept a huge amount of clean sheets towards the end of the season.  Silva finally found some defensive stability.

Gylfi Sigurdsson, Lucas Digne, and Jordan Pickford were the outstanding performers.  Although players such as Richarlison, Dominic Calvert-Lewin, Kurt Zouma, Andre Gomes and Idrissa Gueye also performed very well at certain times of the season.  An 8th place finish, and a very solid platform for next season.

Last seasons loan signing Andre Gomes has joined the club in a £22 million move, after a successful season with The Toffees.  The Portuguese midfielder added a lot of creativity last season, as his possession play was very well suited alongside Gueye.  Jonas Lossl has also joined the club on a free transfer from Huddersfield, after his contract expired.  The Danish goalkeeper will provide back up for Pickford.  Fabian Delph has arrived from Manchester City to provide additional competition in central midfield.  Idrissa Gueye has joined PSG, but a direct replacement for him is also being sought.

Two huge deals could be incoming for Everton.  Wilfried Zaha and Moise Kean have both been subject to big bids from The Toffees.  We’re not sure if they can afford both, but if either one of these Chaps were to join, Fantrax managers would have a very good prospect on their hands.  Kean looks more likely to join from Juventus, out of the two.  This would spell the end to the early pre-seaon hype for Dominic Calvert-Lewin.  He now looks set to miss out on a place in the Everton starting XI.

Everton will surely finish in the top ten once again this season, and they will be one of the best sources of points outside of the traditional top six.  Silva found his stride towards the end of last season, and he’ll be looking to push on in his second season in charge of The Toffees.  The likes of Gylfi Sigurdsson, Richarlison and Bernard will provide most of the attacking creativity, with Lucas Digne and Seamus Coleman raiding down the wings from the full back positions.

If Kean and/or Zaha can be signed, we think Silva has an outside chance of breaching the Top Six!  We’re very much liking what we’re seeing at Everton at the moment. 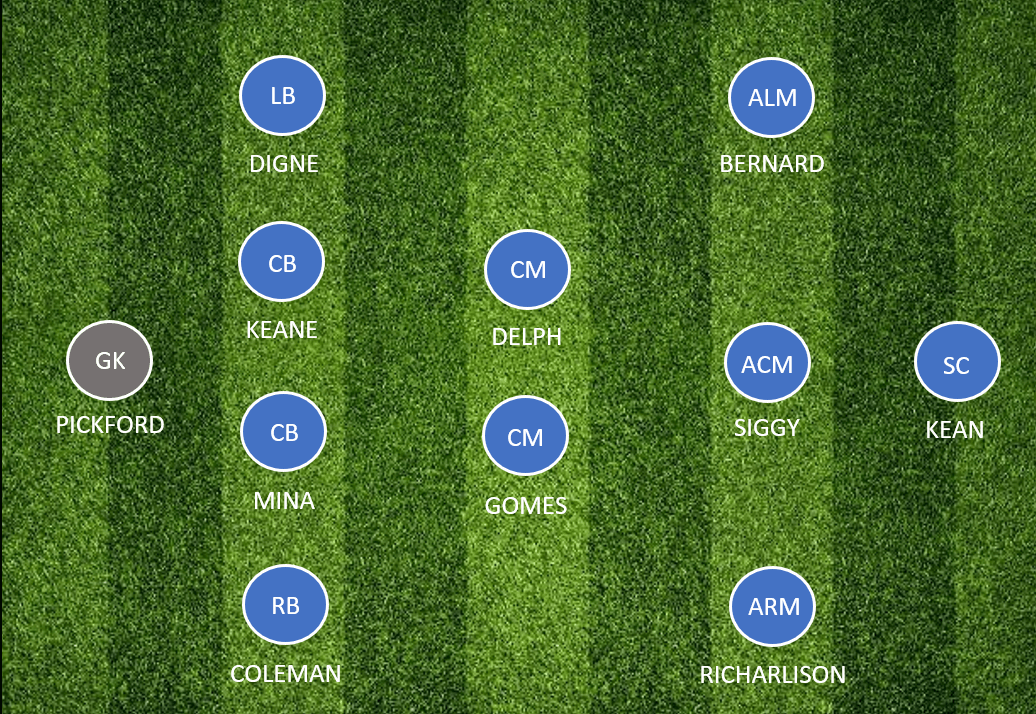 Sigurdsson cemented his place in the Everton number 10 position last season, and provided managers with an elite level player once again.  The Iceland international was the 4th highest overall scorer last season, as he bagged 13 goals and 6 assists.  After a tough season during 17/18, we were delighted to see Sigurdsson get back to his best.  He’s a consistent points scorer, averaging 12.87 points per game last season.

We expect Sigurdsson to continue this form into the new season, and will be a potential 1st round draft pick in some leagues.  If you manage to get the Iceland man in the second round, you’ve done extremely well!

Digne took the Premier League by storm last season, after ousting long serving left back Baines from the side from GW7 onwards.  The French international was signed from Barcelona last summer, and performed extremely well.  Digne scored 5, and provided 5 assists, en route to a total points score of 477.5.  This made Digne the second highest scoring defender, and confirmation of his status as a tier 1 defender.  More of the same is expected from the French left back this season; his attacking instincts will provide plenty of key passes and successful crosses!

Lucas Digne’s prospects for the new season is the most exciting part of this Everton Team Preview!  We expect him to be picked up in round 3 of most drafts.  His average score of 13.64 points per game last season was incredible.

It was an up and down first season with Everton for Brazilian Richarlison.  His form fluctuated a fair bit throughout the campaign.  He started off well, being positioned on the left wing after his £50 million move from Watford.  But after Tosun was dropped from the side, Richarlison was moved into the central striker position.  He struggled to make much of an impact, and suffered during the winter before regaining his place in the side towards the end of the season.  Richarlison is a good player, and has shown a lot of potential.  He should be in for a good season, as he looks to build upon a decent first campaign with Everton.  Drafting him around the fourth round should serve you well!

Kean is a very talented young striker, who is on the verge of joining Everton from Juventus.  The Italian has scored seven goals in 16 league appearances for Juventus, and has already been capped by the senior national side.  Kean is a very exciting young talent, and is very much one to keep an eye on!  Draft him in the early to mid-rounds if you haven’t yet drafted.  Set him as a high waiver wire request if you have already drafted!