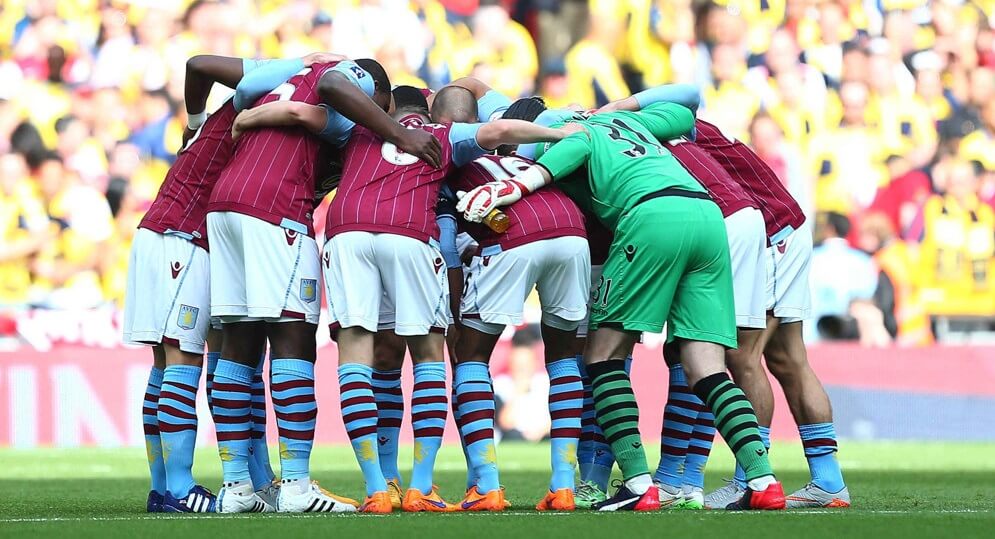 Our Aston Villa Team Preview article takes an in-depth look at their prospects ahead of the new Fantasy EPL season.  These hints and tips will provide essential information to enable you to get ahead of your Draft League competition during the pre-season!

Our second Premier League Team Preview is Dean Smith’s newly promoted Aston Villa side.  The Villains will be looking to firstly secure their status in the Premier League, and avoid relegation back to the Championship!

Aston Villa gained promotion to the Premier League via the Playoffs, as they beat Derby in the final.  Villa have been absent from England’s top division for 3 years, and frankly, we’re happy to see them back.  They are a classic Premier League side, and they’re back where they belong.  Dean Smith only took over the Birmingham based side in October 2018.  He has done an extremely good job since taking the helm!

Villa played some good football last season, but many of their players were at the club on short term deals.  Top goal scorer Tammy Abraham and Anwar El Ghazi were two of Villa’s outstanding players, and defenders Tyrone Mings and Axel Tuanzebe were also at the club on loan.  Lots of new arrivals are required to produce a squad with a chance of staying in the Premier League…

… And Villa have been signing plenty of new players!  “Doing a Fulham” springs to mind!  Ten new arrivals have now come through the door of the Premier League new boys.   Anwar El Ghazi has had his loan move made permanent after a very good season with the club.  Championship winger Jota has also been brought in to further bolster the attacking options.  The Spaniard has joined from city rivals Birmingham.  Smith has also moved quickly to sign Brazilian striker Wesley Soares from Club Brugge, after four successful seasons with the Belgian outfit.  Wesley has been signed in a club record deal, after it was made clear that last seasons top scorer Tammy Abraham wouldn’t be returning.

Defender Kortney Hause has also made a permanent return to the club, after spending last season on loan from Wolves.  He’s likely to be a back up player once again though.  Matt Targett has arrived from Southampton, as he looks set to take over at left back from veteran defender Neil Taylor.  Dean Smith has also brought back Tyrone Mings to partner James Chester in central defence.  Mings performed very well on-loan from Bournemouth last season!  Ezri Konsa has also joined the club from Brentford in a £12 million move.  The centre back played under Smith, and is an England Under-21 international.  Finally, defender Bjorn Engels has joined from Reims.

Brazilian midfielder Douglas Luiz, and Egyptian winger Trezeguet have now signed on permanent deals also.  Just so many new players, this is getting ridiculous really.  Midfielder Marvelous Nakamba is has also joined the club.  Tom Heaton has now signed for The Villains, hopefully completing the summer spending spree!!

Aston Villa might have enough to avoid the drop and secure another season in the Premier League, but this remains to be seen.  Dean Smith is a talented manager and is being backed in the transfer market by the club’s owners.  He’s adding some good players to the squad, but Villa run the risk of doing a Fulham from last season!  Fulham greatly suffered by adding so many new signings at the same time.  Adding lots of talented players to the squad at the same time could have a negative impact on the club! 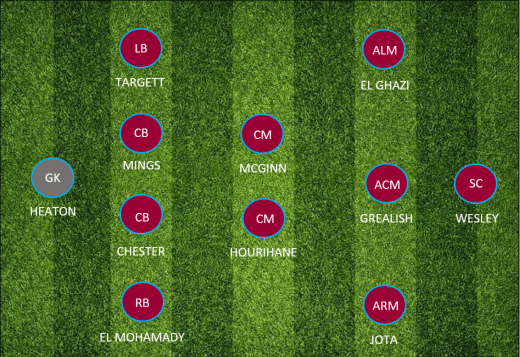 The Brazilian front man will be guaranteed minutes, and should perform well as he spearheads the Aston Villa frontline.  It remains to be seen if he’ll be goal dependent in Togga scoring, but Wesley looks to have a bit of a Christian Benteke feel to him; if he’s anything like the Belgian in his points scoring abilities, he’ll be in for a good season!  Get Wesley on your watch lists; he could do well in the Premier League.  More analysis of Wesley can be found in our Premier League New Signings Part 1 article.

Aston Villa captain and star man has to be backed as the highest scoring player for the upcoming season.  Grealish will be the player The Villains look to for creativity, and the Englishman often came up with the goods last season.  Grealish looks set for a good season, after finding his stride and upping his game in recent times.  Hopefully his immature antics are now behind him.

Dean Smith’s fifth summer signing has got us the most excited for this Aston Villa Team Preview!  Targett produced some great scores last season when he was given an opportunity to start for Southampton!  The young left back should slot into the starting eleven, and will hopefully be able to score well for The Villains.  If Targett is allowed the freedom to attack down the left flank, he’ll be in for a productive season!  If you’re considering a Villa defender this season, Targett is your man.

These two Chaps should be decent streaming options throughout the season, as they performed well during the 18/19 season.  McGinn exceeded expectations during his first season with the club, scoring 7 and assisting 9 from central midfield.  El Ghazi also performed very well last season, as he bagged 6 goals and 6 assists during his loan period from Lille.  He should be able to continue his good form now that he’s signed on permanently.