August 5, 2019 by The Fantasy Football Chaps Leave a Comment   |  TheFFChaps 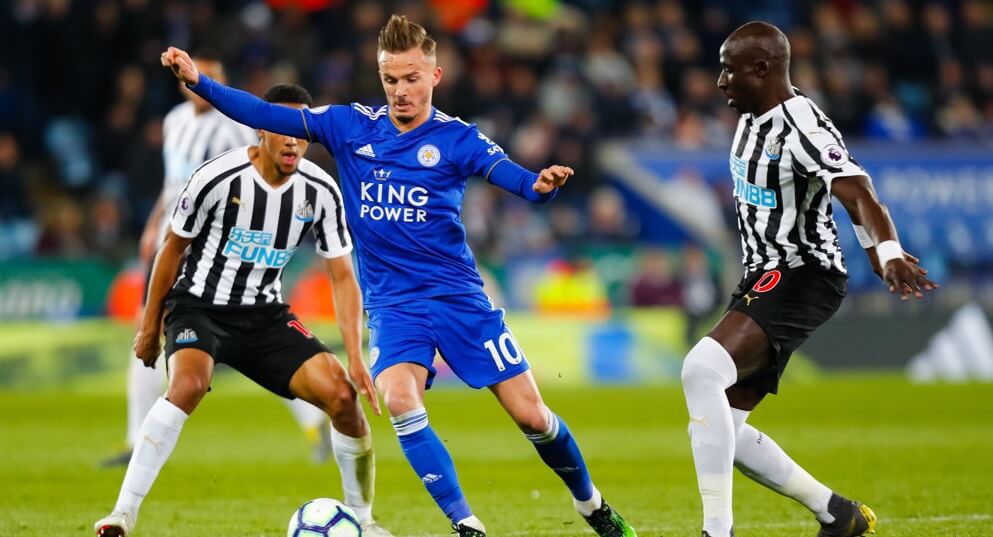 Welcome to our Fantasy EPL Midfielder Draft Rankings for the 19/20 season!  Our Fantasy Soccer Draft Rankings will be an essential part of your preparation for the new season.  Use these hints and tips to get ahead of your fellow Fantrax Draft Managers!

Here we rank the top sixty Midfielders, which features plenty of great options for the coming season!  As outlined in our Fantasy EPL Draft Strategy Guide, Midfielders can score incredibly well from providing consistent returns.  Its very important that you draft a couple of very good players from these rankings, as well as some under the radar options!  These rankings are based on the Togga Scoring system.

We kick off our Midfielder Draft Rankings with Kevin De Bruyne.  The Manchester City star had a terrible season with injuries last time around, but still managed a 9.13 points per game average!  This season should see him back to his best.  We’ve ranked Christian Eriksen second, but he’s still rumored to be leaving the Tottenham after reportedly asking to leave the club.  Keep a close eye on this one; the Danish star may have to move down our rankings if he gets closer to leaving!

Manchester United man Paul Pogba comes in 3rd, as he looks set to stay at the club.  He’s a beast on Togga Scoring and will do well once again this season.  Icelandic midfielder Gylfi Sigurdsson is up next after a great season last time.  He was extremely consistent and looked back to his best under Marco Silva.  In fifth place is Bernardo Silva, who had a terrific season during 18/19.  An average points score of 11.4 shows his consistent value; hopefully, he will see as many minutes as he did last season!  James Maddison is ranked sixth after an unbelievable first season for Leicester.  The former Norwich City man took Fantrax by storm last season and will provide great value once again this season.

Ryan Fraser, Felipe Anderson, Youri Tielemans, and Luka Milivojevic complete the Top 10.  All four of these Chaps averaged over 10 points per game last season and would be good second/third round draft picks.  Tielemans is particularly exciting now that he has joined Leicester on a permanent basis!

Going into the mid-range Midfielders, there are still some great Fantrax options!  Dele Alli had an indifferent season last time around, but we’re backing him to get back on track.  Andros Townsend is ranked 12th – he consistently scores points on Togga Scoring.  We’ve got Brighton man Pascal Gross ranked 13th, as we’re expecting him to get back on form under new manager Potter.  The German should be the focus of The Seagulls’ attacking play!  Diogo Jota is ranked 14th after a great second half of the season last time around.  The Wolves man developed an excellent partnership with Jimenez.

English winger Nathan Redmond come in 15th.  We’re expecting him to improve during the upcoming Fantasy EPL season.  Chelsea’s new signing Christian Pulisic is ranked 16th.  We’re unsure on how much impact he’ll have this season, but he’s well worth a draft pick during round four or five.  Veteran midfielder David Silva is in 17th.  We’re unsure on his playing time, but if you can deal with a bit of rotation, the Spaniard will serve you well.  Wolves playmaker Joao Moutinho comes in 18th; he’s a consistent source of points!  An average of 9.59 points per game last season!  Norwich City star Emi Buendia is ranked 20th; we’re extremely high on this Chap.  Yes, we’re Norwich fans, but we’ve seen this guy live, and he’s an incredible little player who should excel on Togga Scoring!  Rhiyad Mahrez comes in at 19th after Sane suffered an injury in the Community Shield.

Next up we’ve got Newcastle man Miguel Almiron at 21st, as he averaged 8.8 points per game last season.  The Newcastle man will be consistent performer once again.  A few combative Midfielders feature next, with Wilfred Ndidi at 24th, Tanguy Ndombele at 27th, and Abdoulaye Doucoure at 28th.  These three players will provide consistent points throughout the season, and would be decent mid-round pickups during the draft.

Fantrax favourite Johann Berg Gudmundsson is ranked 26th.  He’s always a good scorer, and should do well as long as he can re-find his form after an indifferent season last time!  Ross Barkley also features here, as we’ve ranked him 25th.  This is potentially a bit high, but if he can nail down a starting slot under Lampard, he could shine!

New Manchester United signing Daniel James is ranked 30th.  We think he’ll secure a starting slot, but he’s still very much an unknown quantity.   Premier League new boys Leandro Trossard and Jack Grealish are ranked 32nd and 33rd.  These Chaps are both a bit unknown, but they are expected to be decent Fantrax players this season.  Manuel Lanzini comes in at 31st, as he’ll be looking to perform well now he’s back to full fitness.

Jonjo Shelvey also features in this section.  Shelvey was highlighted on our recent Fantasy EPL Points Per 90 article.  If he can nail down a starting slot under Bruce, he should be in for a good season!

We’re now into potential punts or consistent scorers territory.  Ruben Neves, Pierre-Emile Hojbjerg, and Ashley Westwood are three of the players we’ve highlighted here as consistent scorers.  These Chaps should tick over with between 6 to 8 points each game.  Elsewhere, looking at potential punts we’ve got players such as Moussa Djenepo, Onel Hernandez, and Harvey Barnes.  Players like this could do well if they can gain a regular starting place.

Manchester City youngster Phil Foden comes in 59th.  If he can increase his playing time this season, he could be a steal at the end of the draft.  Worth a punt!  David Brooks is 60th, after suffering an injury during pre-season.  Pick him up and stick him on your bench for a couple of months if you can!