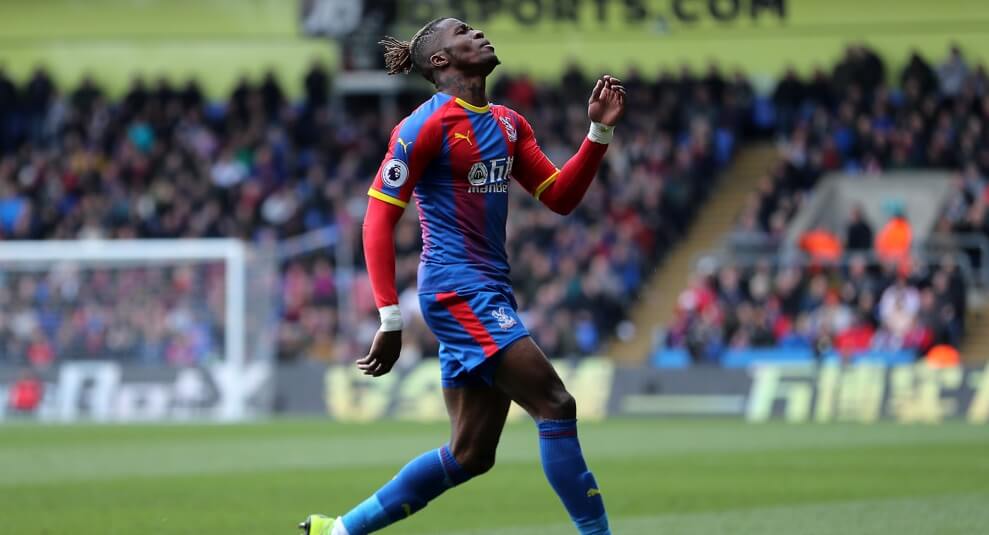 Our Crystal Palace Team Preview article takes an in-depth look at their prospects ahead of the new Fantasy EPL season.  These hints and tips will provide essential information to enable you to get ahead of your Draft League competition during the pre-season!

Next in our Team Previews is Roy Hodgson’s Crystal Palace side.  Another decent season for The Eagles last time around, with a 12th place finish.  Will Hodgson be able to break into the Top Ten this season?

In the end, it was a good season for Crystal Palace, as they finished 12th in the Premier League.  The Eagles struggled during the first half of the season, picking up just 3 wins from the first 16 games.  Things picked up soon after this, and Hodgson’s men picked up regular victories through to the season end.  A 3-2 victory against Champions elect Manchester City on 22nd December 2018, was undoubtedly the highlight of the season.

Luke Milivojevic was the outstanding player, as he scored an impressive 12 goals from central midfield.  The Serbian has now had two very good seasons in the Premier League.  Star man Wilfried Zaha had an up and down season, but still ended up with 10 goals and 11 assists.  He performed extremely well over the last couple of months of the season.  Elsewhere, the emergence of young right back Aaron Wan-Bissaka was another highlight.

Stephen Henderson has arrived on loan from Nottingham Forest, but the 31 year old goalkeeper will surely be there just to provide back-up.  Elsewhere,  Jordan Ayew has returned to the club on a permanent deal.  He’ll be a back up player once again.

Aaron Wan-Bissaka has left to join Manchester United in a £50 million deal, so a new right should be found.  Crystal Palace have been linked with Norwich City youngster Max Aarons, as well as Chelsea’s Reece James.  Apparently The Eagles have made a bid for Everton man James McCarthy.

The biggest transfer story surrounding Crystal Palace is the future of Wilfried Zaha, however.  Everton are very interested in the Ivory Coast forward, after Arsenal opted for Nicolas Pepe.  Another spanner in the works, is that Zaha may have been told he is free to leave if a Champions League club shows an interest.  Everton are not in the Champions League for the upcoming season, and Palace have said Zaha is not for sale!  This one looks set to go on all summer.

Much of this depends on the future of Wilfried Zaha.  If Hodgson can keep hold of his best player, and keep him happy, Crystal Palace should be able to push for a Top Ten finish.  However, that is a big IF.  We think Zaha will leave Crystal Palace if we’re honest, which would leave them with a huge void.  They have already lost Aaron Wan-Bissaka, too.  A new right-back is certainly needed.  A lack of firepower up front, with or without Zaha, could be their undoing.

The Eagles do have a decent squad though, with many of their players being establish in the Premier League.  Mamadou Sakho and James Tomkins are developing a great partnership in central defence.  Luka Milivojevic is always reliable in central midfield, and Andros Townsend is producing consistent displays.  Players such as Jeffrey Schlupp and Christian Benteke will need to step up this season, after showing glimpses of their talents last time around. 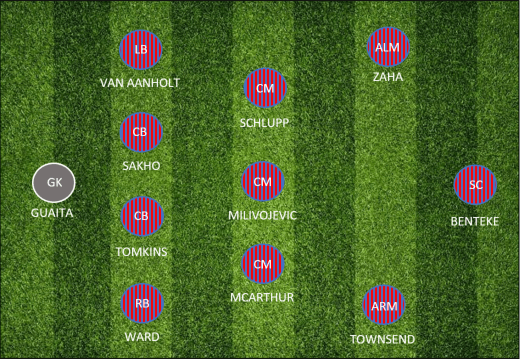 We’ve mentioned above that Zaha’s current status is somewhat up in the air, but he’ll still score well whoever he’s playing for come the first weekend of the season!  Zaha bagged 10 goals and 11 assists last season, and ended up averaging nearly 11 points per game.  Zaha showed some brilliant form towards the end of the season, and will surely start this one off well.  The Ivorian forward will be a good second  or third round draft pick depending on the league size.  He’s the marque player of this Crystal Palace Team Preview.

Milivojevic had a terrific season last time around, as he bagged himself 12 goals and was The Eagles’ top goalscorer!  The Serbian did score 10 penalties though.  Milivojevic was Crystal Palace’s top points scorer by a fair margin, as he gained 448.5 points, with an average of nearly 12 points per game!  The central midfielder is a key player for Hodgson’s side, as well as being the captain.  We’re expecting another good season from Milivojevic.

With VAR being introduced to the Premier League, many have suggested he will score even more penalties.  We’re not too sure on this one though, as VAR won’t necessarily result in more penalties being awarded.  It will help referees produce the correct decision regarding penalty decisions.  Using VAR means its as likely to result in no penalty being awarded.

Townsend is always a good points scorer, and he usually puts in consistent performances.  The Englishman usually scores in double figures, with or without attacking returns.  Townsend gained an average of 10 points per game last season.  He gained 6 goals and 5 assists en route to 380.5 points.  This was more than his more illustrious team mate Wilfried Zaha.  Townsend will surely gain a similar overall points score this season, and could potentially take on a more prominent role within the team if Zaha does move on.  A solid draft pick during the early to mid rounds.

If these two Chaps can establish themselves in the Crystal Palace starting eleven this season, they could score pretty well!

Christian Benteke really isn’t the best of footballers, but on his day, he can be a handful!  The Belgian striker has had his stock fall quite a bit in recent years, but he’s usually a good Togga scoring forward.  The big man averaged nearly 13 points per game back in the 16/17 season.  Crystal Palace are struggling for strikers at the moment, so surely he’ll be their first choice hit man for the new season.  If Benteke can find a little bit of form, and provide Fantrax managers with a consistent source of points, he could be in for a decent season.  If Palace don’t sign a new striker, he could be a decent third or fourth forward in your squads!

Jeffrey Schlupp enjoyed a great spell at the beginning of the year, as he was a defender playing in midfield.  The Ghanaian international bagged an average score of 18.5 points per game between February 23rd and March 30th!!  That spell was simply amazing from Schlupp.  If he can bring Fantrax Draft Managers anything like that on a consistent basis this season, he’ll be a great differential pick.  Hopefully can can re-establish himself in the side, after missing the last month or so of the season through injury.