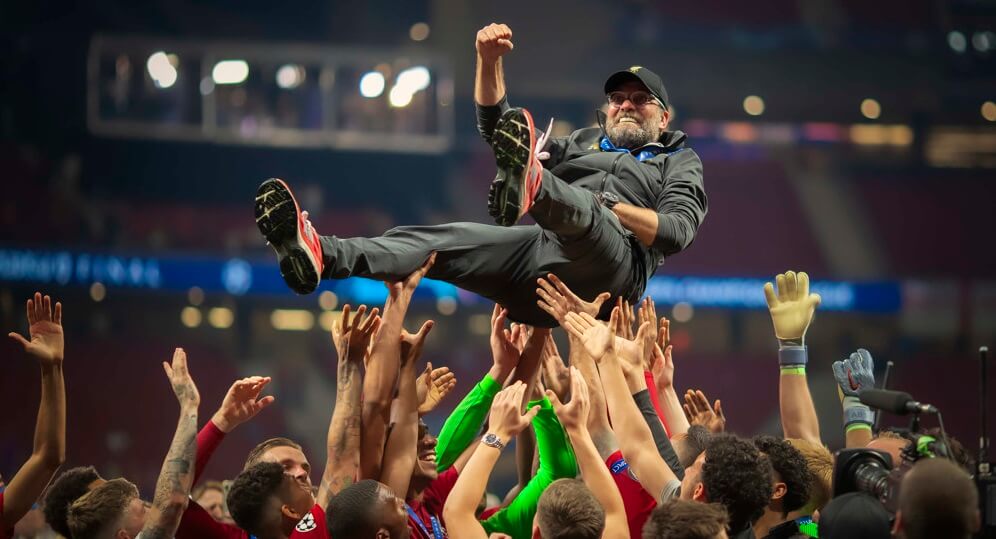 Our Liverpool Team Preview article takes an in-depth look at their prospects ahead of the new Fantasy EPL season.  These hints and tips will provide essential information to enable you to get ahead of your Draft League competition during the pre-season!

Next up in our Team Previews is Jurgen Klopps’ Liverpool side.  The European Champions missed out on the Premier League title last season.  Will this be their time?

Liverpool were extremely unlucky not to win the Premier League, as they amassed a huge 97 points tally.  They agonizingly finished one place behind eventual champions Manchester City, despite only losing one game all season!  The Reds did win the European Championship though, as they beat Premier League rivals Tottenham in the final. Jurgen Klopp’s side are extremely talented, and they thoroughly deserved to win some silverware last season.

Mohamed Salah, Sadio Mane, and Roberto Firmino played very well, and defensive trio Virgil Van Dijk, Andrew Robertson, and Trent Alexander-Arnold were also in particularly excellent form.  Van Dijk even picked up the PFA Player of the Season award, which hardly ever goes to a defender… no mean feat!  All in all it was a terrific season for Liverpool.  They confirmed their status as an elite Premier League side.

Just one new signing so far, with Dutch youngster Sepp Van Der Berg arriving for a minimal fee from PEC Zwolle.  He’s certainly one for the future, although he has attracted attention from a lot of top European clubs.

We’re not sure where else Klopp will be looking to strengthen.  It’s very much looking like Liverpool are going to stick with what they have ahead of the new EPL season.  Oxlade-Chamberlain will basically be like a new signing, but we would have liked a more attacking minded player to be signed.  There is currently such a big burden on Salah, Mane, and Firmino!

Liverpool have proved themselves as an elite club in world football, and we’re backing them to win the Premier League for the first time this season.  The Reds played extremely well last season, and would have won the league during pretty much any other season!  Klopp has found the winning formula at Liverpool, and his key players are only getting better.  Full backs Andrew Robertson and Trent Alexander-Arnold are only getting better, and players such as Georginio Wijnaldum are growing in stature.  Liverpool are building something special, and they have every chance of winning the English league title this season. 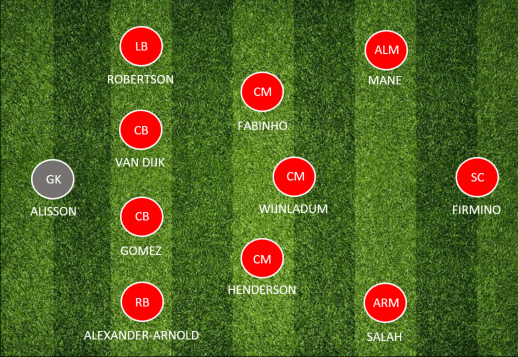 Another great season from Salah last season.  The Egyptian winger scored 22 goals, and was the second highest overall points scorer.  He didn’t quite hit the heights of his debut season where he scored 32 goals, but still a brilliant season for Salah nonetheless.  The Egyptian has solidified himself as an elite player, and will be first off the board in many a draft this summer!  Another great season is on the cards.  Not much else to say here!

Mane had his best season in the Premier League to date last time around.  He scored 22 league goals en route to sharing the Golden Boot with more illustrious players in Mohamed Salah and Pierre-Emerick Aubameyang.  The Senegalese forward performed to an incredibly high standard last season, and was Liverpool’s best player for a lot of their games!  More of the same in expected from Mane this season, and he’s confirmed his status as one of the elite players in the league.  A top six draft pick for sure.  Mane averaged over 13 points per game last season!

The young full back is a very special talent.  During his first full season in the Premier League, Alexander-Arnold performed to a standard well beyond his years, won the European cup, and nearly won the league title!  He also bagged a huge 13 assists as a defender!  All this from a 20 year old. Alexander-Arnold is a potential future Liverpool captain, and looks set to dominate Anfield for the next 10 years.  His future is very bright, and his average points per game of 14.66 from last season shows how well he played.  We’re expecting big things from the young right back once again.  The England man is a sure fire third round draft pick this summer.  Expect him to be the first defender off the board in most leagues.

Any one of Roberto Firmino, Virgil Van Dijk, and Andrew Robertson could feature in the top three scoring players this season.  All three have the potential to score big!  It’s impossible to separate Liverpool’s top assets if we’re honest. All three of these Chaps should end the season with an average points score in double figures.

Alex Oxlade-Chamberlain may be a good under the radar prospect to consider.  Drafting him towards the end of the draft could work out well!  The Ox returned to the team at the end of the season, after suffering a very serious injury.  He should be good to go for the start of this season.