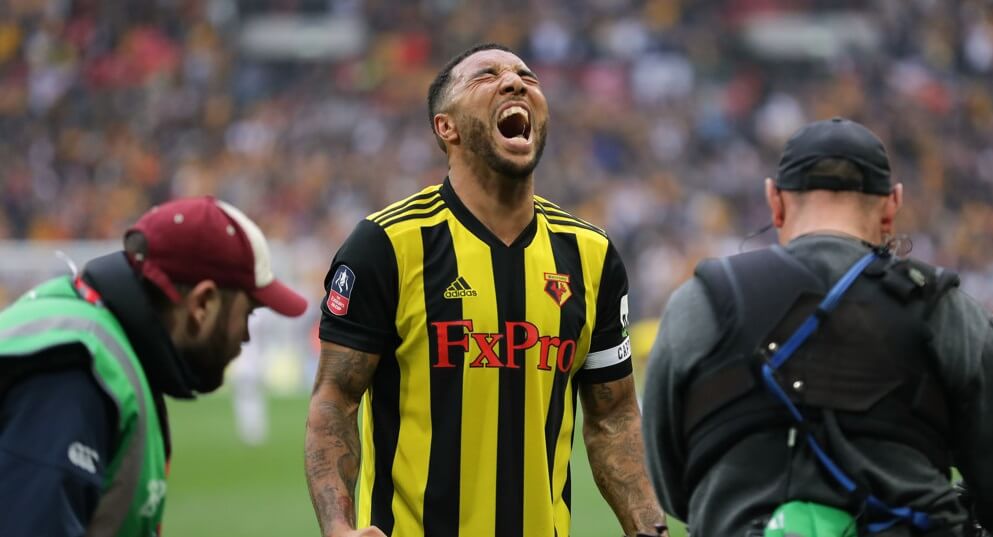 Our Watford Team Preview article takes an in-depth look at their prospects ahead of the new Fantasy EPL season.  These hints and tips will provide essential information to enable you to get ahead of your Draft League competition during the pre-season!

Next up in our Team Previews is Watford.  The Hornets had a solid Premier League season and even made it to the FA Cup final.  Can Javi Gracia’s Watford build on last seasons successful showing and break into Europe this season?

Had Watford not finished last season with only one win in their final six fixtures, including three consecutive losses; they could well have finished in a Europa League spot.  Watford is your classic mid-table Premier League side, solid and reliable we can all guarantee that Watford will win as many games as the lose; pretty much exactly the story of the 2018/19 Watford season.

Where it gets interesting for draft fantasy managers are the little gems in sides like Watford, and Fantrax managers were treated to one of the stars of the season in Watford’s very own Abdoulaye Doucouré.  Doucouré was a standout performer picking up 278 points, Watford’s second-highest points scorer; all this despite only scoring five goals and picking up six assists.  Elsewhere the ever-reliable and Fantasy Football Chaps favorite Troy Deeney yet again impressed, as did winger Gerard Deulofeu.  Whilst Deulofeu finished the season as the Hornet’s leading goalscorer; he was not in Watford’s top three Fantrax points scorers.

Watford has made a very astute signing in defender Craig Dawson from Championship side West Brom.  Dawson has plenty of Premier League experience, despite spending a year in the Championship last season.  In Dawson’s last three Premier League seasons, he has played 103 (all of which he’s started) out of 114 fixtures.  It’s not just Dawson’s ability to stay fit during this period, he has also contributed 10 goals in this period.  For a central defender, I think you chaps will agree this is a pretty good return.

Watford’s other two summer signings are both young strikers. Sam Dalby has joined from Leeds and to be perfectly honest chaps; we fully expect Dalby to be loaned out.  The other new striker is more intriguing; João Pedro.  We are going to go fully overboard on this transfer, as huge 90’s football fans we still get carried away whenever a young Brazilian striker is signed from South America.  Is this the next fat Ronaldo?  Wouldn’t that be glorious!?  But reader, curtail the excitement; like Dalby we expect 17-year-old Pedro to go back out on loan.

Do Watford have the potential to break into the Premier League top seven?  It’s hard to call between the likes of Watford, Everton, West Ham, Leicester, Wolves and Bournemouth.  What concerns us for Watford, is that of these sides all fighting for a seventh-place finish; they’ve not had a great transfer window.  Much of Watfords chances this season are once again built around talisman Troy Deeney and last seasons top goalscorer Gerard Deulofeu.  If either picks up lengthy injuries, like Deulofeu did at the beginning of last season, then we think Watford’s squad will ultimately fall short. 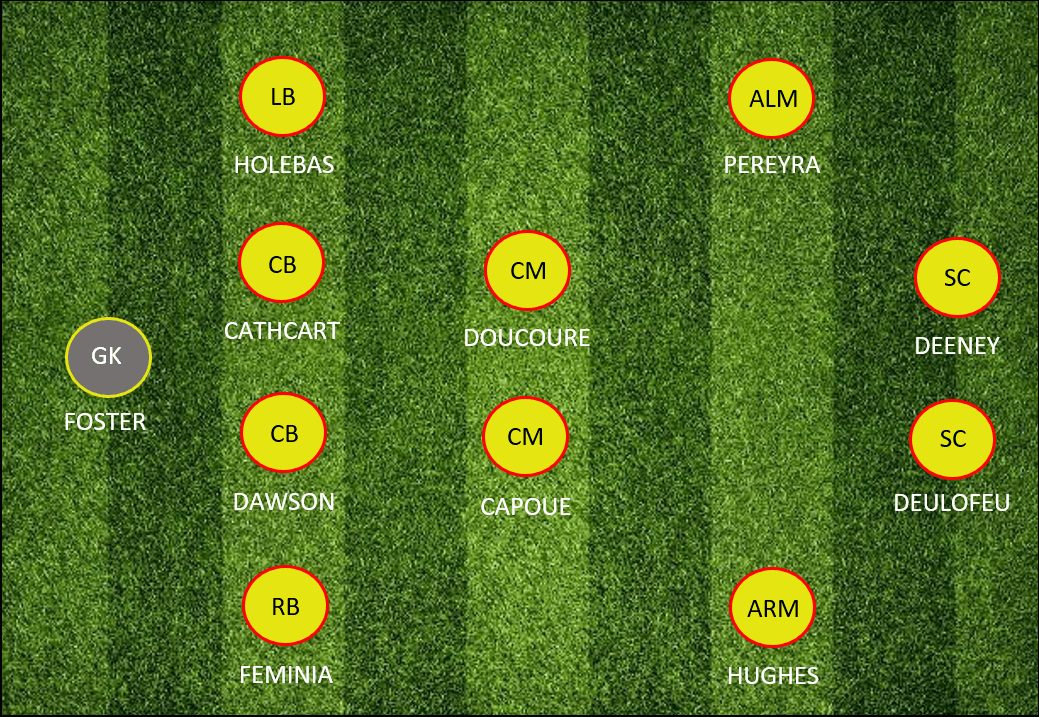 Deulofeu had a fine 2018-19 season, his best season in the Premier League to date.  He scored 10 league goals whilst picking up five assists; Watford’s most prolific attacking player.  If it weren’t for injury, which effectively ruled Deulofeu out for the first quarter of the season, he’d have probably ended up Watford’s leading Fantrax points scorer.  His tally of 257 points came from only 26 starts; whilst his average of 8.6 points per game is certainly not to be taken lightly.  We’d rank Deulofeu, who is categorized as a Forward on Fantrax, as a solid third choice striker option for the Draft this season.  Be sure to factor Deulofeu into your Draft Strategy as we expect the young Spaniard to significantly improve on last seasons Fantrax points tally of 257.

A Fantrax EPL legend!! Abdoulaye Doucouré is an absolute points banker for Fantrax managers this season; as he has been for the past two seasons now.  Having amassed 326 Fantrax points in 2017-18, Doucouré backed this up with 278 Fantrax points last season.  Whilst Doucouré picked up points from the five goals and six assists, he is excellent at picking up the points for all the additional bonus points that Fantrax EPL draft leagues offer.  Points for interceptions, key passes, and headers won are all scoring areas for Doucouré.  We’re expecting big things once again, as the Frenchman will certainly be a middle-round draft pick and capable third / fourth midfield pick this summer.

Dawson has joined from West Bromich Albion in a very astute piece of business.  The experienced Premier League defender has joined for around £5 million.  Dawson usually scores well on Togga Scoring, and he could be a very good draft pick towards the end of the draft.  Add him to your watchlist for the final few rounds!