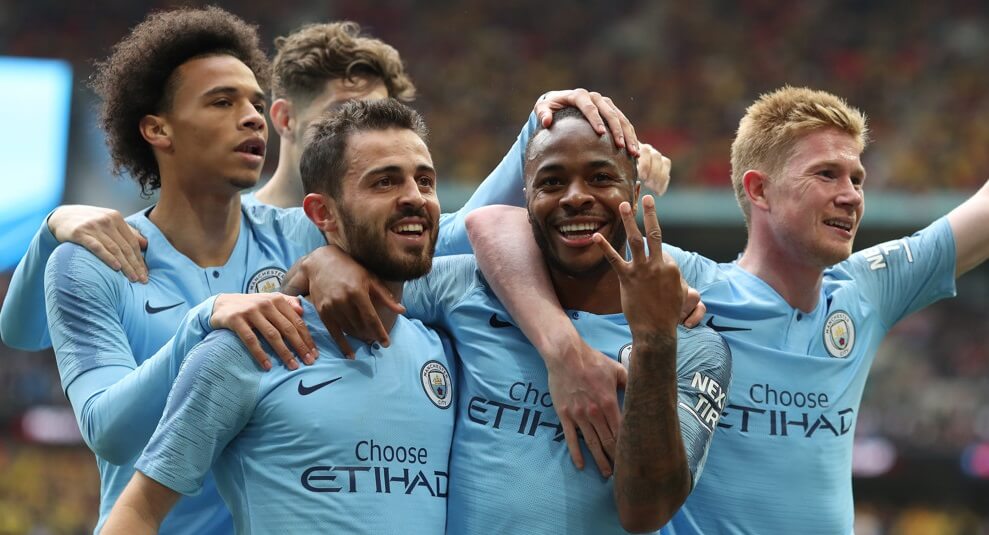 Our Manchester City Team Preview article takes an in-depth look at their prospects ahead of the new Fantasy EPL season.  These hints and tips will provide essential information to enable you to get ahead of your Draft League competition during the pre-season!

Next up in our Team Previews is the 2018/19 Premier League champions, Manchester City.  They will be looking to win their third EPL title in as many seasons under Pep Guardiola.

Arguably Manchester City’s greatest ever season, securing domestic trophies; the FA Cup, the Carabao Cup, the Community Shield and of course their second English Premier League title under Guardiola with an outstanding 98 points.

Many questioned if Manchester City could sustain the levels that saw them break numerous EPL records in 2017/18, and of course there was a few moments where form and fatigue took a bit of a dip.  Liverpool, who were exceptional all season, pushed Manchester City all the way to the final game; requiring a win away to Brighton to be sure of the title.  Outside of the Premier League, once again Manchester City failed in the Champions League.

We Chaps believe that this season, Guardiola will put even greater emphasis on the Champions League despite openly admitting on the hit Amazon Prime Original ‘All or Nothing – Manchester City’ that the EPL was more challenging and harder to win.

A couple of signings so far for Manchester City, one being the notable transfer of Spanish defensive midfielder Rodrigo who signed from Athletico Madrid for a figure believed to be around £63m.  Whilst Rodrigo will be a big player for City, taking the pressure off the ageing Fernandinho we don’t expect him to be a major performer for Fantrax managers given his defensive duties.  He could potentially do well based on tackles and interceptions, however.

Another intriguing signing is that of Angelino the Spanish left back has joined from Dutch side PSV Eindhoven.  It is well known that Pep was frustrated with the fitness of 1st choice left back Benjamin Mendy so has obviously looked to cover an area of weakness. Again, we don’t see Angelino being a major performer in draft fantasy football this season, so Fantrax managers will need to prioritise other City defenders for their draft strategy.

Losing talisman captain Vincent Kompany will have a big impact on the side.  Despite not featuring a great deal towards the end of his City career, Kompany was a key component of the squad.  Other leaders around the side will step up; David Silva in his final season at Manchester City will be his silky self, and Raheem Sterling came of age last year as a leader both on and off the park will be one of the highest Fantrax point scorers for this season without doubt.

City will be a serious contender once again for the title.  They have goals scorers and attacking threats everywhere; much will depend on Kevin De Bruyne and Sergio Aguero’s ability to stay fit.  But with Liverpool on the rise, and with a desire to go for the Champions League, we chaps think this might be the year that City hand over the EPL trophy to another side. 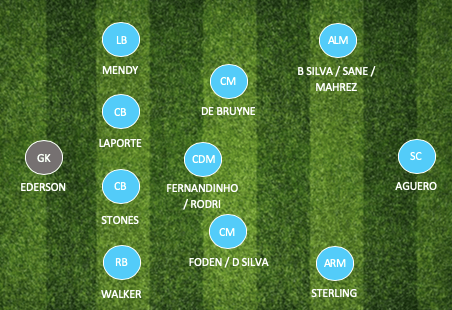 Last season we noticed that EPL draft managers were reluctant to punt on Sterling in early EPL draft rounds claiming he wouldn’t be able to sustain the same performance levels of 2017/18 season; in fact in our own draft league, Chap 2 picked up Sterling in the 11th round.  This season will be completely different, as the 2nd highest Fantrax scorer last year, Sterling will be a guaranteed 1st round draft pick.  We fully expect Sterling to continue to improve under Guardiola, he’s only 24 and already churning out elite level performances. All aboard chaps, Sterling will go big again in 2019/20.

Aguero or Kane? The question that every Premier League draft manager constantly asks themselves.  Neither are the wrong choice, as Aguero proved in 2018/19 he still has plenty of goals left in him yet and at only 31 he is hardly over the hill.  An impressive points haul of 444.5 last season ranked Aguero as the 5th best forward on Fantrax.  Despite Manchester City being blessed with attacking options, Aguero is still the figurehead for the attack and will continue to be so for 2019/20 season.

Only 175.5 points scored in 2018/19 season by De Bruyne will undoubtedly raise a few eyebrows by Fantrax managers.  In fact there were 12 Manchester City players (Sterling, Aguero, B.Silva, D.Silva, Sane, Laporte, Walker, Gundogan, Ederson, Mahrez, Fernandinho, and Jesus) who all scored more points than De Bruyne last season.  So why are we backing De Bruyne to be one of the top Fantrax scorers for Manchester City this season?  Well for a start, De Bruyne only started 22 games last season, which makes his 6 goals and 6 assists a bit more respectful. In the two seasons preceding last season, De Bruyne averaged 7 goals and 17 assists.  Finally, at the end of the 2018/19 campaign he finished on a high, with 2 goals and 7 assists over the final 8 EPL matches.  If De Bruyne can stay fit his numbers will be high chaps!

Elsewhere David Silva in his final season at City will want to go out on a high.  Whilst rotational wingers Mahrez and Sane are more than comfortable at scoring big points; Sane averaged over 11 points per game last season!  Sane could well be on his way to Bayern Munich though.