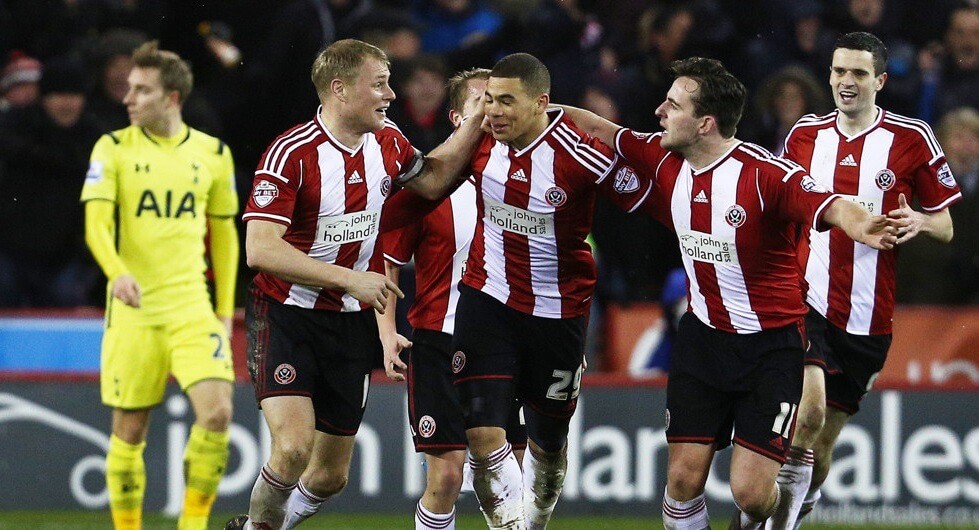 Our Sheffield United Team Preview article takes an in-depth look at their prospects ahead of the new Fantasy EPL season.  These hints and tips will provide essential information to enable you to get ahead of your Draft League competition during the pre-season!

Next up in our Team Previews is the newly-promoted Sheffield United.  The Bramall Lane outfit were the Championship runners-up after an impressive season.  But will they have enough to stay in the Premier League?

Sheffield United proved through sheer will power last season that promotion can be achieved when you get on a roll and have a squad all fighting for one another.  Chris Wilder’s men were excellent throughout the season, although perhaps not the most fashionable of sides; with many fancying Leeds, WBA and Aston Villa at the start of the season.  It proved to be of little significance to the Blades, as they ended up six points clear of third-place Leeds.

Starting with the oldest of the new arrivals, Phil Jagielka has joined on a free transfer.  Of course Jagielka will bring a great deal of experience and leadership to this Blades side.  However in terms of Fantrax draft managers, this transfer is not likely to be of any interest; if you need Jagielka in your Fantrax side something will have gone wrong.

Another four additions all come in midfield as Wilder has looked to strengthen his attacking options.  Ben Osborn has joined from Nottingham Forest, but we don’t expect the young left sided midfielder to start; he’ll add strength to the squad.  Ravel Morrison, who most of you will recall from his days at West Ham, Cardiff and QPR will be looking to get his career back on track having joined from Swedish side Östersund.  Sheffield United will be Morrison’s seventh club since leaving West Ham.  Both Luke Freeman (joined from QPR) and Callum Robinson (joined from Preston North End) both come to Bramall Lane off the back of successful Championship seasons; Freeman picked up six goals and seven assists, whilst Robinson scored 12 and assisted three goals.

The Blades have smashed their transfer record bring in forward Lys Mousset from Bournemouth.  The Frenchman has serious pace and has some, albeit limited, experience of Premier League football.  Finally, last seasons hero between the posts Dean Henderson has rejoined the club on another season long loan from Manchester United.  Henderson kept 21 clean sheets last season, the most in the Championship.

Ollie McBurnie has also now joined from Swansea in a £17 million deal!

If we are completely honest here reader, we do not hold out much hope for last seasons Championship runners up.  History tells us that Sheffield United will struggle, but it is in their transfer activity that we are judging most of their chances on.  There will be a great deal of pressure on the likes of Henderson, the keep was in inspired form last season; he will need to recapture that form to help Sheffield stay in games.  Also the signings of Jagielka and Morrison… really?!

Sheffield showed they were capable of playing good football last season; they were certainly more of a footballing side than most in the Championship.  But the Premier League will require an element of magic, something special; which we just can’t see in their squad.  Start well and build up the confidence, sure.  But we just can’t see it happening at the moment. 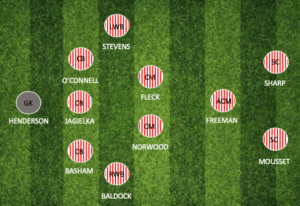 An excellent season last year for the veteran striker Sharp, who scored 23 goals in 40 Championship appearances.  Many will question the strikers age (33) and whether he will be able to withstand the pace of the Premier League?  Well, reader, the Championship is the toughest league, in terms of physicality in England; and Sharp came through last seasons campaign with no issues.  The question of pace, indeed Sharp is not the quickest; but he is an old school forward built on the model of Alan Shearer.  If Sharp gets a sniff of goal, 9/10 he will simply finish it.  If you are looking for a final striker to complete your Fantrax squad in this seasons draft; we wouldn’t look past Sharp.

McGoldrick often finds himself in the shadows of Bramall Lane favorite Sharp.  But that being said, last season was an impressive one for McGoldrick; with 15 goals and six assists from 45 appearances.  With McGoldrick likely to rotate with Sharp and Mousset this season, he is not one for your Fantrax squad; but one to keep an eye on if he gets into some form.  Solid and reliable in the air, McGoldrick will be a real handful for the Premier League defences and both he and Sharp will not shy away from playing an old school style of forward play.

All aboard chaps, we present you with the new Matt Doherty (potentially!).  Last season was an exceptional one for Stevens who terrorized defenses with his powerful runs from the left wing-back position.  With four goals and six assists, Stevens was very unlucky to miss out on making the Championship team of the season.  Certainly reader, if you are looking for a dependable fourth choice defender with attacking potential when plotting you Draft Strategy, then look no further than Stevens.  This chap will have scored high come the end of the season.

Mousset joins the Blades for a club record fee from Bournemouth.  Mousset wasn’t able to get his Premier League career off the ground and running with the south coast outfit so will be hoping the move to Sheffield proves to be the catalyst he requires.  Blessed with pace, Mousset will partner the experienced Sharp up front; but will come under pressure for a place in the starting 11 by McGoldrick.  With only three Premier League goals from 58 appearances (we should point out that only eight of the 58 appearances have been starts) Mousset will have much to prove.

Morrison is quite simply; a journeyman.  Whilst we debated featuring Morrison in our projected top scorers, it would have been a massive punt.  This being said, Morrison has the potential to be a real wild card this season. He possesses pace and has a point to prove.

Elsewhere the reliable central midfielder Oliver Norwood will be dependable all season long and likely to steadily accrue points through the Fantrax scoring, for things such as interceptions and tackles. If last season is anything to go on, Norwood will also chip in with steady attacking returns; he picked up three goals and eight assists last season.