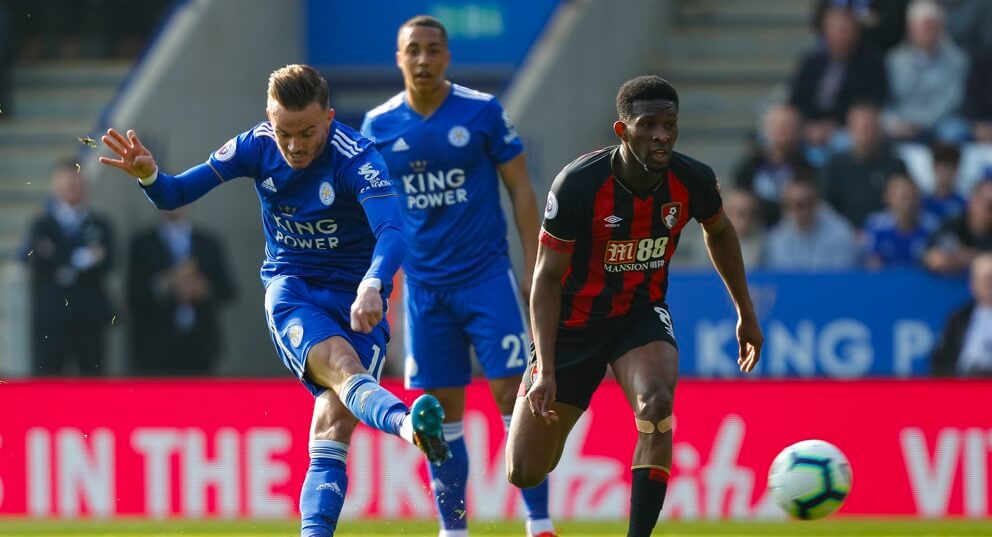 Our Leicester Team Preview article takes an in-depth look at their prospects ahead of the new Fantasy EPL season.  These hints and tips will provide essential information to enable you to get ahead of your Draft League competition during the pre-season!

Next in our Team Previews is Brendan Rogers’ Leicester City side.  Rogers took over Leicester in January following the sacking of Claude Puel, and had a very good few months in charge.  Could he lead the Foxes on a charge for a Top Six finish this season?

It was an up and down season for The Foxes last term.  A managerial change half way through the season, coupled with the horrific helicopter accident their owner Vichai Srivaddhanaprabha was involved in, meant for a season full of emotions.  Claude Puel was relieved of his duties in January and was replaced by Celtic manager Brendan Rodgers.  Leicester had been decent under Puel, but considering the talent he had at his disposal, the board, and the fans, expected more.  The Foxes finished 9th in the league, which was a good season all things considered.

Rodgers is known for his ability to get the most out of younger player’s, and Leicester have a great crop of those at the moment.  The performances of James Maddison and Youri Tielemans particularly caught the eye last season.  The likes of Ben Chilwell, Wildred Ndidi and Harvey Barnes also performed well under Rogers.  The new season should bring some exciting times to Leicester once again.

There have been three new arrivals for Leicester so far this summer.  And two of them are very exciting signings!  Ayoze Perez has joined the club from Newcastle in a £30 million move.  This one was a bit unexpected, and all happened pretty quickly; we’re big fans of it though.  Perez has been playing very well for a poor Newcastle side the last couple of years, and he often goes under the radar.  The Spaniard bagged 12 goals last season, en route to being the 17th highest scoring forward.  Perez’s prospects look even better now that he’ll be playing for a Top Ten side!

And Youri Tielemans has signed for Leicester on a permanent basis, in a club record deal.  The Belgian international averaged over 10 points per game last season, after joining the club on loan in January.  Tielemans scored 3 goals and assisted 5, and made a huge impression in the process.  Many top European clubs were interested in his signature before Leicester secured the deal!  Tielemans will be a great full-time asset for Fantrax Draft Managers this season.

James Justin has also arrived from League One champions Luton.  He looks to be one for the future, as he will be replacing Danny Simpson as reserve right back.  Ricardo Perreira will keep his place in the side for now, but hopefully Justin can provide some decent competition for his place!

Elsewhere, a priority for Rodgers is surely to keep hold of his most talented players.  Harry Maguire looks set to leave in a big money move to Manchester United.   Leicester have been linked with Brighton and England man Lewis Dunk, as a potential replacement for Maguire.  Dunk would be a good successor in our eyes, but he would cost around £30 million.

We’re expecting a good season from Leicester, with a Top Ten finish almost a certainty.  Rodgers will be fully settled at the club now, and after having a full pre-season with the team, we’re expecting some great performances.  The likes of James Maddison, Demerai Gray, and Harvey Barnes will provide good support for the evergreen Jamie Vardy.  New signings Youri Tielemans and Ayoze Perez will also bring positive contributions.  Attacking full backs Ben Chilwell and Ricardo Perreira performed very well last season, and they too will be great attacking weapons for The Foxes.

If Leicester can find an able replacement for Maguire, European qualification should be within their grasp.  We’re very excited by Leicester at the moment, they are certainly a club on the rise!  This Leicester Team Preview is one that requires a lot of attention!  The Foxes are one of, if not the best, side outside of the traditional Top Six. 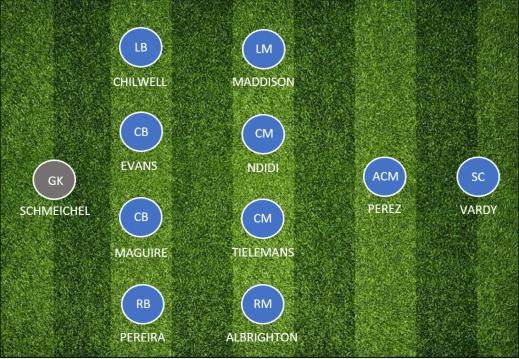 Maddison is without a doubt the marquee member of the Leicester squad.  The former Norwich City man performed extremely well in his debut season and excelled himself on the Togga scoring format.  The Englishman ended the season as the 13th highest overall scorer.  Last season he would have been a fairly low draft pick for most, but by the end of the season he had proved himself as a fixture proof, almost elite level player!  The coming season will surely be an even better one for Maddison, as he now has a season of Premier League experience under his belt.  Maddison will be a second-round draft pick in most leagues this season, and he will serve managers extremely well.  Rogers’ team is only getting better, and Maddison is the focus of this Leicester Team Preview!

Vardy was very impressive under Rodgers during the second half of last season.  The Englishman scored 11 goals in 13 games from February 10th through until the end of the season!  If Vardy can maintain that kind of form under Rogers this season, he’ll be a great player for Fantrax Draft Managers.  Vardy is usually a pretty goal dependent player, but his goal scoring abilities improved dramatically under the new manager, which improved his prospects no end.  The veteran striker will offer managers with a pretty great option this season, as he will be the focus of The Foxes attacking play.  The Englishman is now retired from international football, and will be very keen to continue to impress in the Premier League as he nears retirement.

The Portuguese right back had a great first season in the Premier League, even though he had an indifferent start to life at the club.  Pereira wasn’t actually a guaranteed starter until Daniel Amartey suffered a serious injury at the end of October!  From there Pereira excelled though, as he offered Fantrax Draft Managers with a great defensive prospect.  The right-back gained double figure returns on a regular basis, and was often fixture proof.  Leicester picked up victories over Top Six clubs, and Pereira brought home excellent scores during these fixtures.  He ended up being the 5th highest scoring defender, with an average of over 12 points per game!  The Portuguese international looks set to continue where he left off last season, and would be a good draft pick as a tier 1 defender.

Our Honorable Mentions here are New Signings Tielemans and Perez.  As we’ve outlined above, they are great prospects for the new season, and are unlucky to miss out on the top three Leicester players.  Both of these Chaps should perform very well this season, and would be good pick ups during the early to mid rounds of the draft.  Elsewhere, Ben Chilwell is also a great shout.  The Englishman averaged over 10 points per game last season, and looks set for another good campaign.