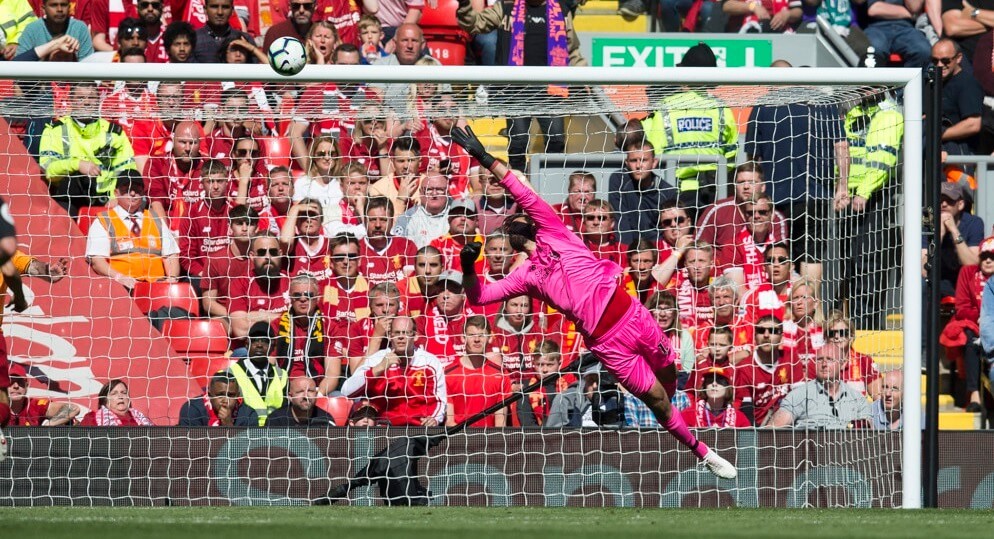 Welcome to our Fantasy EPL Draft Rankings for Goalkeepers for the 19/20 season!  Our Fantasy Soccer Draft Rankings will be an essential part of your preparation for the new season.  Use these hints and tips to get ahead of your fellow Fantrax Draft Managers!

Here we rank the top twenty Goalkeepers, which is basically the first choice shot stopper for each EPL team!  As outlined in our Fantasy EPL Draft Strategy Guide, Goalkeepers should be your lowest priority.  However, it’s still important to draft the best player that you can when its your turn to pick a Goalkeeper!  These rankings are based on the Togga Scoring system.

Our Top 10 features the marquee options for these Goalkeeper Draft Rankings.  Allison tops the list, after proving last season he’s arguably the best goalkeeper in the Premier League.  His average points per game of 7.71 is impressive for a goalkeeper.  Number 2 Ranking is Hugo Lloris, as he actually averaged 8.07 points per game last season.  The Tottenham shot-stopper provided a lot of saves last season to boost his points tally.  Manchester City keeper Ederson rounds out the Top 3.

Lukasz Fabianski and Jordan Pickford are ranked 4th and 5th, as they provide a good amount of saves to go alongside their clean sheets.  Fabianski in particular usually scores very well on Togga Scoring.  David De Gea and Kepa Arrizabalaga come in next, with the final Goalkeeper from a Top Six side in Bernd Leno ranked 9th.  Shot stoppers Ben Foster and Vicente Guaita round out the Top 10; they both provided a lot of saves last season!

To summarize, these ten Goalkeepers are the ones that you need to be prioritizing!

The next section of our Goalkeeper Draft Rankings highlights plenty of players that should go undrafted.  As outlined in our Draft Strategy Guide, we recommend only drafting one goalkeeper.  Therefore, most of these Chaps can be used as streaming players throughout the season!

From this section of the Draft Rankings, the only Goalkeepers we would potentially draft would be Kasper Schmeichel, Martin Dubravka, Tom Heaton, or Angus Gunn.  These players should score fairly well this season, mainly based on accruing save points!