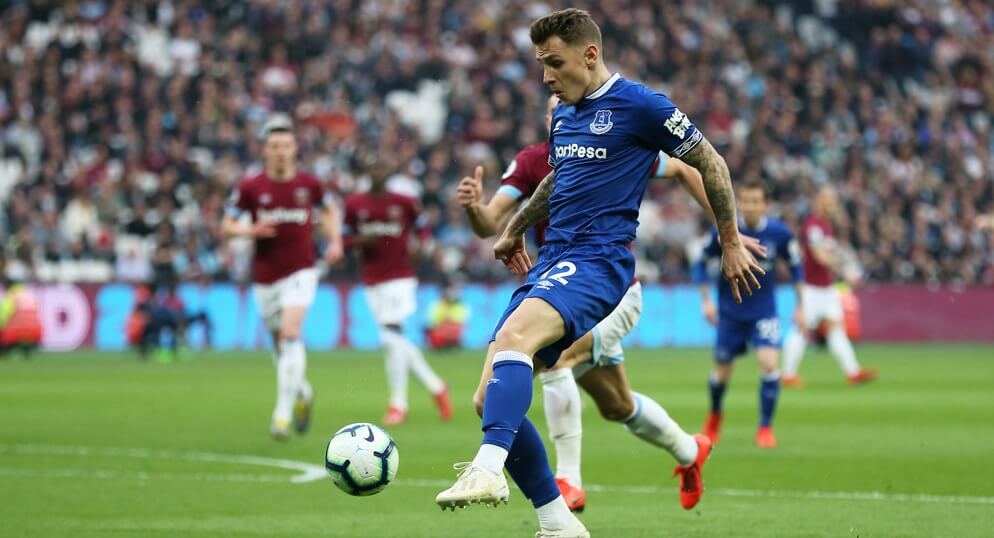 Welcome to our Fantasy EPL Draft Rankings for Defenders for the 19/20 season!  Our Fantasy Soccer Draft Rankings will be an essential part of your preparation for the new season.  Use these hints and tips to get ahead of your fellow Fantrax Draft Managers!

Here we rank the top fifty Defenders, which covers most of the sought after players for each EPL team!  As outlined in our Fantasy EPL Draft Strategy Guide, Defenders scored extremely well last season and can offer elite level points on a weekly basis.  This year more than ever is the time to get your Defender choices correct!  These rankings are based on the Togga Scoring system.

These rankings will be constantly updated over the next few weeks, as we gain more information from friendlies.  We’ll add new signings as and when they occur.

So let’s start with the big guns!  These Chaps are key to the Defender Draft Rankings!!  Trent Alexander-Arnold comes out on top after an amazing season last time around.  The young right-back averaged a huge 14.66 points per game, so he’s rightfully the number one Defender target.  Everton left-back Lucas Digne comes in second, after a very successful first season in the Premier League.  The Frenchman bagged an average of 13.64 points per game and looks set to provide similar results this season.  Andrew Roberton, Virgil Van Dijk and Matt Doherty round out the Top Five!  These guys are the elite Defenders.

Leicester pair Ricardo Pereira and Ben Chilwell are ranked sixth and seventh, after great seasons last time around.  Both of these attacking full-backs earned double-figure average scores last season!  Next up is Aymeric Laporte, who doesn’t actually score amazingly well in Togga Scoring.  The French center-back is one of the best in the Premier League though and deserves a high slot.  His clean sheet and attacking returns ratio last season was incredible.  Rounding out the Top Ten is Ceasar Azpilicueta and Aaron Wan-Bissaka.  Youngster Wan-Bissaka will be looking to up his output now he’s joined Manchester United in a £50m move.

Next up we’ve got Manchester City right-backs Kyle Walker.  Walker had a good season for Manchester City last time around, and we’re expecting a similar season from him.    Marcos Alonso comes in 12th, despite an average points per game of 11.38 last season.  Chelsea has a new manager in charge, so its hard to tell what kind of impact Alonso will have this season.  He should still score well!  Michael Keane, Seamus Coleman and Wily Boly are next up after solid season’s last time around.

Shane Duffy is ranked 17th, as he always performs well in Togga Scoring.  A reliable defensive asset.  Harry Maguire is 16th as he doesn’t score amazingly well, but he looks to be on his way to Manchester United.  Hopefully, the move will increase his points scoring abilities.  We’ve ranked  Fabian Schar at 19th after averaging over ten points per game last season!  The Swiss defender will hopefully be able to bring this form into the new season.  Jonny comes in at 21st after performing very well last season during his debut campaign with Wolves.

Here we have some potential star performers from mid-table sides.  Jose Holebas had a great season last time around and averaged 8.74 points per game.  We’ve ranked Aston Villa new signing Matt Targett at 24th.  He has potential to be a great mid-round pick up during the draft.  His average points per game of 8.7 from last season shows his potential.  Joeseph Gomez comes in at 22nd in our Defender Draft Rankings, as we think he’ll partner Van Dijk this season.  The Tottenham defense has quite a few question marks over it at the moment, but we’ve ranked Jan Vertonghen 20th as he’s the most secure starter.  Toby Alderweireld comes in 35th place.

Elsewhere in this group, we’ve got Watford newbie Craig Dawson at 30th.  He should score well this season, despite The Hornets struggling in defense last season.  Jeffrey Schlupp is really one to watch, as he’s ranked 31st.  If he can nail down a slot in midfield once again, he could be a real steal this season.

A few players to highlight from this last group would be Jan Bednarek, Max Aarons, and Enda Stevens.  Bednarek performed well for Southampton during the second half of the season.  The Polish defender should be able to improve his points per game average of 6.2 from last season.  Aarons and Stevens are unproven at this level but offer good potential.  Norwich City youngster Aarons should perform very well from right back, as he loves to bomb down the right-hand side.  We’re expecting big things.  Stevens could potentially be a bit of a Matt Doherty.  Although we think Sheffield United will struggle this season, Stevens is worth a punt during the draft!

Elsewhere, Hector Bellerin could be a decent pick up towards the end of the draft as he’s working back to full fitness.  And Manchester City man Benjamin Mendy has so many question marks over him, but he is a beast when he plays!  One to take a punt on for sure!  Joel Matip comes in 50th, and he could easily start the season in the starting eleven, but we’re backing Gomez to be first choice.

Players such as Saed Kolasinac and Oleksandr Zinchenko deserve a mention here too.  As Arsenal are trying to sign Kieran Tierney, we don’t believe that Kolasinac will be in the best XI.  And Zichencko has a default position of a midfielder over on Fantrax at the moment.  If he’s a Defender in your league, we would rank him around 25h overall for this position.