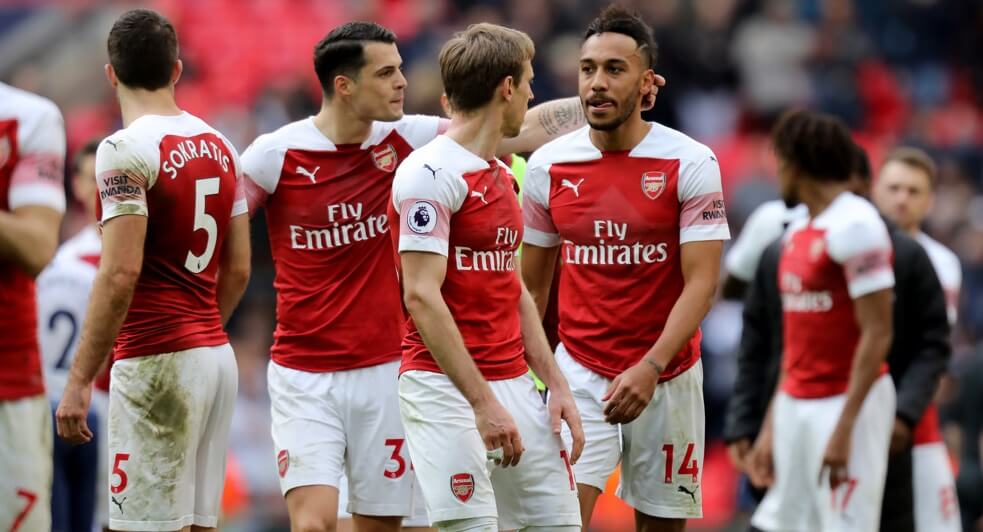 Our Arsenal Team Preview article takes an in-depth look at their prospects ahead of the new Fantasy EPL season.  These hints and tips will provide essential information to enable you to get ahead of your Draft League competition during the pre-season!

First up in our Premier League Team Preview’s is Unai Emery’s Arsenal side.  The Gunners will be looking to bounce back after a somewhat disappointing season in 18/19!

It was a decent first season in charge for Emery, but he’ll be disappointed with how it panned out.  A Europa League Final win over Chelsea and Champions League qualification would have signaled a successful season for Arsenal, but it wasn’t to be.  The Gunners were left with a 5th place finish in the Premier League, no silverware, and no Champions League football once again.

Arsenal were very poor at the back last season, which is something Emery will be very disappointed by; he’s usually a very stable and pragmatic manager.  Too many individual mistakes cost Arsenal over the course of the season, resulting in many silly goals being conceded. The future of Aaron Ramsay, as well as the ongoing speculation surrounding Mesut Ozil, did not help with matters on the field.  Pierre-Emerick Aubameyang and Alexandre Lacazette were the two shining lights for Emery’s side. Central midfielders Lucas Torreira and Matteo Gudendouzi also did well in their debut Premier League season.

We thought Arsenal were lacking money due to the lack of Champions League football… but they’ve now spent big on NicolasPepe!!  His £72 million arrival is has now been confirmed.

William Saliba has joined the club from St Etienne, but the young centre back has been loaned back immediately.  He’ll join up with his new team mates next season.  Real Madrid midfielder Dani Ceballos has also joined The Gunners on a season long loan deal, after failing to break into the first team under Zidane.  The Spaniard is a talented footballer, but hasn’t seen much game time in the last 12 months.  Hopefully he’s not another Denis Suarez!  Elsewhere, Brazilian youngster Gabriel Martinelli has joined for a small fee from Ituano.

Club captain Laurent Koscielny refused to go on Arsenal’s pre-season tour to America, and looks set to now leave the club.  The veteran wants to return to France, with Rennes a possible destination.  Elsewhere, the Gunners were being heavily linked with Crystal Palace star Wilfried Zaha and Celtic defender Kieran Tierney.  The Tierney deal may be done, but Zaha won’t be arriving now that Pepe is on his way.

Arsenal will be in for a season much like the one just gone if they are unable to bring in any defensive recruits.  The Gunners have plenty of attacking flair already, but the likes of Mesut Ozil and Henrikh Mkhitaryan have been disappointing in recent seasons.  Emery just needs to accept that this is the best he has in an attacking sense, and concentrate on sorting out the defence!  Laurent Koscielny, Sokratis Papastathopoulos, and Shkodran Mustafi are not up to the task, and players need to be brought in to bolster the clean sheet potential.  Bernd Leno played well during his debut season, but he needs more assured players in front of him.

Pierre-Emerick Aubameyang and Alexandre Lacazette will score goals no matter what; they are the key men to target from Arsenal.  New man Nicolas Pepe will hopefully create an great attacking trio with the two established stars!  We do however expect Arsenal to miss out on Champions League qualification once again. A 5th place finish in the Premier League looks likely once again. 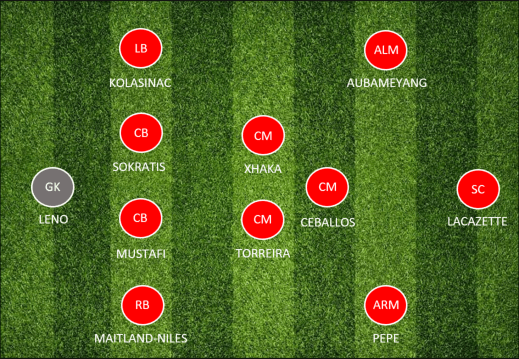 Aubameyang is the obvious projected top scorer, after he outshone all of his team mates last season en route to the 13th highest overall score with 445 points.  Aubameyang is a certain Top 6/7 pick in draft leagues this summer, and we expect more of the same.  The Gabon international striker is a proven Premier League goalscorer, and will score goals for The Gunners no matter how badly they play!  If you draft Aubameyang this summer, you won’t be disappointed.  Aubameyang is the obvious marque attraction of our Arsenal Team Preview.

The Frenchman played very well during his second season with Arsenal, and kept Aubameyang on the bench at times.  Emery needs to work out how to best fit both of his strikers into the side, but no doubt Lacazette will score goals next season, and provide Fantrax managers with a great second or third round draft pick.  He gained 13 goals and 8 assists last season, and we would expect a similar ratio this season; perhaps more if Emery manages to fit his best two players into the same team for the upcoming Premier League season.

22 goals and 11 assists last season for the Ivory Coast international.  Arsenal came calling with a £72 million bid!  The right winger has now joined The Gunners, and brings a great attacking talent for Fantasy EPL managers to tap into.  Hopefully Pepe can be played alongside Aubameyang and Lacazette, and create a potent attacking trio.  Very exciting!

Dani Ceballos will be hoping to make an impact whilst on loan from Real Madrid.  Its hard to judge how he will do on Togga Scoring, but his statistics are solid, and he could be decent if he can establish himself!  Elsewhere, now that Koscielny looks set to depart, Rob Holding could be a decent shout.  The Englishman has been earmarked as “one of” Emery’s captains.  Holding could well establish himself in the starting eleven, although its hard to trust Arsenal defenders for consistent points!