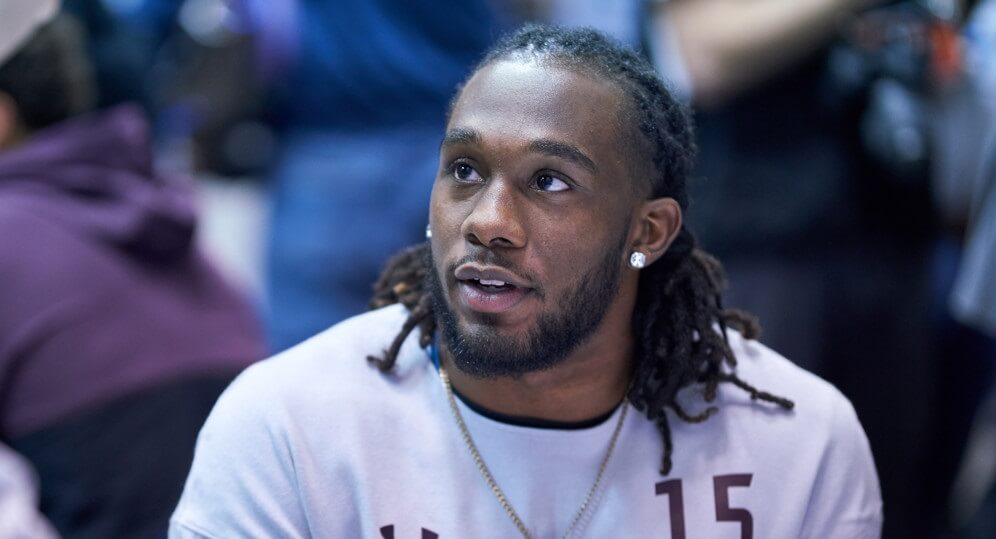 The 2019 draft class is filled with impact rookies. It doesn’t have the same headliners as in years past, though. No Ezekiel Elliot. No Saquon Barkley. Not even a prototypical WR1. The league is changing as it does every year. Our expectations and projections need to adjust along with it. Not every rookie has a shot to make an impact their rookie season. Most require development at their position, time to learn the playbook, and adjust to the speed at the next level. But, there are always standouts.

Let’s look at impact rookies for each position; one quarterback, wide receiver, and running back. I’ll highlight players that, given their talent, draft capital, and offensive situation, have a chance to see the field in a productive way this season. The hype may have already extended into their ADP, but in most cases, the cost may be worth the risk.

The Kingsbury-Murray pairing is the NFL’s version of a romantic comedy. There’s intrigue on both sides as the former college coach took the road less traveled to accepting the job at the professional level. Murray, after replacing Baker Mayfield, went on to have one of the most efficient collegiate seasons in some time.

Kingsbury’s ‘appreciation’ of the Oklahoma star was no secret.

His ability as a passer combined with the Konami-code upside has the potential to take over any game. It also perfectly fits into the offensive scheme Kingbury prefers to run. The Air Raid philosophy, developed by Washington State head coach Mike Leach, is filled with spread offense concepts that heavily rely on passing. Kingsbury played quarterback under Leach during their time at Texas Tech and Kingbury adopted the concepts into his coaching style. He just needed the quarterback to execute the design.

Texas Tech ran 86.8 offensive plays per game from 2016-2018. The Arizona Cardinals ran 56.4 offensive plays per game in 2018. Now while there’s no expectation the 2019 Cardinals match this pace, a significant jump from the previous season can be expected. Along with David Johnson (a full, injury-free season away from his broke wrist) and Christian Kirk (another Kingbury favorite and entering his second year), the stars are aligning for one of the most boring teams in 2018. Murray’s ADP speaks to the hype surrounding both him and the team. Hovering around QB14 or higher, it’s clear Murray has a path to being an impact rookie in 2019.

There’s some speculation weaved into this selection, but the logic should hold given a few pieces of information we can take from the Vikings’ 2018 season. Both their offensive tendencies and current personnel point toward the Boise State product becoming one of 2019’s biggest impact rookies. It may take a few weeks for the rookie to carve out a role, but Mattison’s skillset should be what Vikings need in the upcoming season.

Minnesota brought in Kirk Cousins from Washington who had an average 60.1% passing rate the previous three seasons. That held up through most of the season. But the team didn’t. Their 6-6-1 record was the catalyst for a change in offensive coordinator. High-flying John DeFilippo was out. Conservative, Mike Zimmer approved Kevin Stefanski was in. From weeks 1-13, Minnesota averaged a 68.5% pass rate. That dropped to 52.9% over the final 3 weeks of the season. Of course, this is a small sample size, the team’s playoff outlook was bleak, and the Dolphins (Week 15 opponent) allowed the second-most rushing yards in 2018. Their top-tier defense and head coaching tendencies lean towards a more balanced offense. That means more rushing opportunities, but they won’t all go to Dalvin Cook.

Cook’s Week 4, 2017 ACL tear took the full offseason to rehab. He was able to start the season, but a nagging hamstring injury kept him out for 3 games and he was listed questionable for 4 others. His lack of practice time hampered his 2018 season such that he didn’t see a primary workload until December. The team spent a 2nd round pick on Cook and, with Latavius Murray in New Orleans, they could use another back to work in tandem with their leading rusher. That’s where Mattison may come into play.

Burst. Size. Viable in the passing game. Mattison’s skillset complement Cook’s giving Minnesota the flexibility it needs to function offensively in 2019. Shared backfields are common in today’s league, but talented offenses excel at not tipping their hand when switching personnel. His 10-pound advantage over Cook lends itself to short-yardage and red zone work, but his overall skills have much greater potential. He’ll likely be on the waiver wire to start the season, but his potential to become an impact rookie in 2019 will be easy to spot as the season progresses.

The focus has been on Kyler Murray for so long, one of the guys on the end of his passes has been left out of the conversation. But there must be something behind Baltimore drafting Brown at 25th overall. By comparison, the Oklahoma product has a slot receiver’s stature when looking at the rest of his class. A 5’9”-180 lb receiver normally doesn’t excite the fantasy community, but here’s where size can be deceiving.

If anything, Brown was a premier deep threat in college. He averaged 23.1 yards per target on big play routes (Post, Deep cross, Go, Seam, or Corner) which were the most in 2018. His 3.6 yards per route run (4th in 2018) is another point towards his speed and ability to take over a game. With Murray, he turned 75 receptions into 1,318 yards and 10 touchdowns his junior season creating some of the best highlights Oklahoma had seen in some time. His Lisfranc injury is a cause for concern and was part of the pre-draft speculation that he would fall. But Baltimore doesn’t necessarily need a deep threat. They need receivers that can complement Lamar Jackson.

Our positional series has been packed with great guests and even better analysis. If you missed the show, here's a clip of us with @MarkSchofield talking about Lamar Jackson:https://t.co/WFdXpB50Uf

Jackson’s ability to pull defenses using his legs is one of his greatest strengths. But a rookie quarterback needs receivers that can separate as they adjust to the diminished passing window at the professional level. That wasn’t the case for Baltimore in 2018. Their pass-catchers averaged 2.8 yards of separation which was 24th in the NFL. The team needed a specific archetype to take the next step. They already had multiple tight ends that can work in line and out of the slot. That negated the need for a big slot player in N’Keal Harry. Jackson only threw 59 deep passes (over 10 air yards) during his 7 starts. That rate would have been ranked 26th over a full season negating the need for a deep threat in D.K. Metcalf.

The Ravens needed a primary receiver capable of running a full route tree and that’s exactly how Marquise Brown was used. Drag and short crossing routes were commonplace for Brown in college and those quick release routes would perfectly complement Jackson’s dynamic ability during his second year. With access to one of the best in the game, Brown has a shot to be an impact rookie in 2019.

Who are your favorite impact rookies for 2019? For more great analysis check out the 2019 Fantrax Fantasy Football Draft Kit.