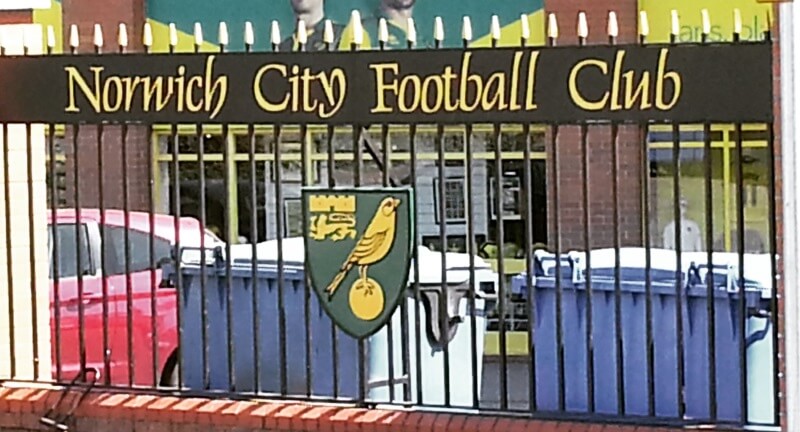 Our Norwich City Team Preview article takes an in-depth look at their prospects ahead of the new Fantasy EPL season.  These hints and tips will provide essential information to enable you to get ahead of your Draft League competition during the pre-season!

Next up in our Team Previews is the newly promoted Norwich City side.  Daniel Farke’s Canaries were the Championship winners after an emphatic season.  But will they have enough to stay in the Premier League?

Having lost only one league game in 2019, Norwich put on a run of 13 wins, 6 draws, and 1 loss in the second half of the season; storming their way to Championship success.  It wasn’t just the numbers that were impressive, it was the manner in which Norwich went about winning the league that will be truly remembered.  The style of football, some might describe as “total” football won over many fans.  If Norwich can stay true to their style, many of their attacking players will be of serious interest to Fantrax draft managers this season.

Teemu Pukki and Emi Buendia will get much of the headlines as the two standout performers.  However the likes of Onel Hernandez, Marco Stiepermann, Mario Vrancic, Max Aarons, and Jamal Lewis were very impressive and will be vital to Norwich City’s success if they are to stay in the Premier League.

It’s been a busy transfer window for the Canaries.  Many of last season’s squad have re-signed with the Canaries on long term deals, and there have also been 5 players join the Championship winners.

It’s not worth familiarising yourself with young attacking midfielder Daniel Adshead, who joined from Rochdale, he will not feature for Norwich this season.

Norwich have brought in competition for experienced goalkeeper Tim Krul, with Ralf Fährmann coming in on loan from Bundesliga outfit FC Schalke 04.  As with Norwich’s mantra on signings, Fährmann will have a point to prove having played 17 Bundesliga games and 6 Champions League games last season.  Another player with a point to prove is Josip Drmic who joins on a free transfer.  Drmic is a striker who has a good international record for Switzerland; but will have to bide his time as Teemu Pukki will be in pole position to lead the attack.

Finally, youngsters Patrick Roberts and Sam Byram make up the Canaries transfer window to date.  Both Roberts (winger) and Byram (right back) are similar in that they both have much to prove but have a wealth of top flight experience.  Both will supply much needed depth and competition for places in their roles.

It’s been a strong window for Norwich and considering that Sporting Director Stuart Webber stated early on in the summer that Norwich would not break the bank for players.  We highly doubt there will be many more arrivals before the end of the window.

Much will depend on how Norwich City can start the season after they have got the 1st game week out of the way (the Canaries kick off the new Premier League season away to Champions League winners Liverpool).  It will be tough for last season’s Championship winners, but Norwich do have quality players in their squad capable of holding their own in the Premier League.

In Emi Buendia, Norwich have a genuine Premier League talent.  The Argentinian is a gem of a player, and all Fantrax Draft Managers should be looking to Buendia for their squad.  Last seasons top goalscorer in the Championship Teemu Pukki will get plenty of service from a creative midfield, of which Moritz Leitner will be a part of.  Leitner is a player completely under the radar having missed half of last season with injury then struggled to oust in form players.  Leitner is regarded by many to be a better footballer than Buendia and was once part of the match day squad for a Champions League final. 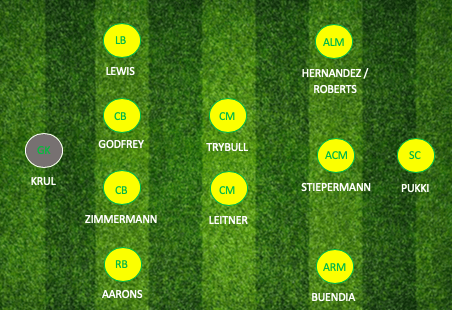 What a great season from Buendia last season.  The Argentinian is a creative midfielder that often moves in from the wing to more of a ‘free role’ scored 8 goals and was City’s most prolific assist maker with 12 assists.  It is without a doubt, Buendia is a real star in the making and has the potential to be playing for a top 6 side.  Buendia is both tenacious without the ball and a magician on the ball.  Fantrax draft managers you have been warned, Buendia is a must-have in your squad this season so make sure you have taken him into consideration as part of your Draft Strategy.

Pukki had the best season of his professional career last year.  He scored 29 goals in the Championship en route to picking up the Golden Boot and being voted Championship Player-of-the-Season.  So can Pukki cut it in the Premier League?  Admittedly, the Fantasy Football Chaps are Norwich City fans, but we think Pukki can cut it in the Premier League.  Why?  Pukki is not just a poacher; one of his greatest assets is the runs and breaks he makes for his midfield passers.  Given the creative talent in this Norwich side, Pukki will get chances.

The young full-back is a very special talent.  Playing in only his first season of 1st team football Aarons nailed down his place in the Norwich side.  There have been many rumors this summer about the departure of Aarons to the likes of Manchester United or Spurs, which should give you chaps an indication of how good this young English talent is.  Whilst Norwich are not necessarily renowned for their defensive ability, Aarons provides real attacking potential from the right-back position.  Last season, Aarons contributed 6 assists and 2 goals during the league campaign; outlining why he is a strong punt for this seasons later rounds of the draft.

Vrancic was City’s second highest goal scorer last season with 10 goals, also picking up 7 assists in the process, and has a Beckham-esque ability over a set piece.  Whilst Stiepermann (9 goals and 6 assists) and Hernandez (8 goals and 9 assists) were two of the major factors behind the Canaries promotion.