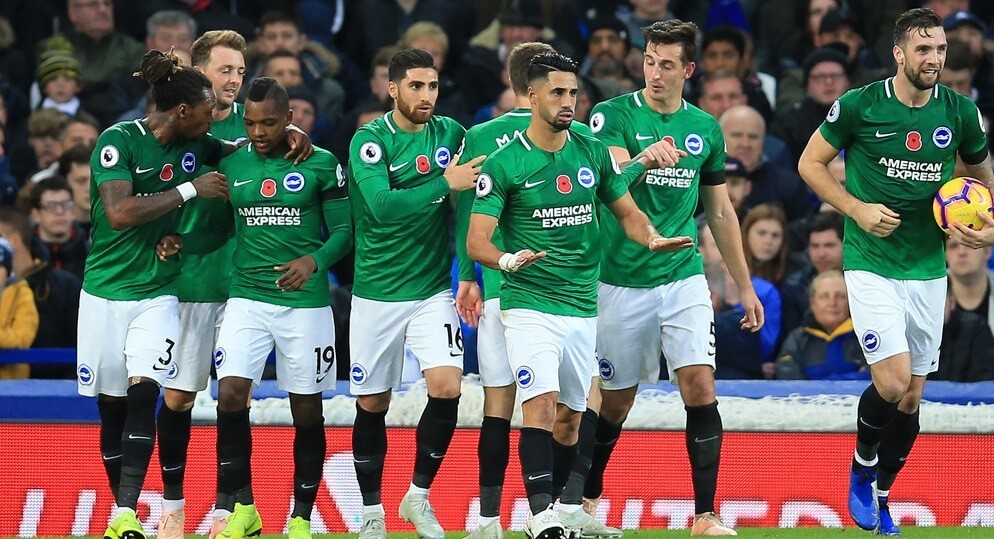 Our Brighton Team Preview takes an in-depth look at their prospects ahead of the new Fantasy EPL season.  These hints and tips will provide essential information to enable you to get ahead of your Draft League competition during the pre-season!

Next up for our Team Previews is Brighton, as Graham Potter looks to make his mark in the Premier League.  The talented young manager has joined from Championship Swansea, and is renowned for his tactical prowess.

A very poor season last time around, as Brighton came very close to getting relegated!  They survived due to the poor form of the teams below them, rather than through their own good performances.  Glenn Murray played well as ever, and Solly March and Anthony Knockaert also played well at times.  However, star man Pascal Gross suffered from injuries, and record signing Alireza Jahanbakhsh simply failed to live up to expectations.

Chris Hughton was sacked at the end of the season, which is slightly harsh considering what he did for the club, but ultimately this is a results business and it was the right decision.  Young English manager Graham Potter replaced Hughton, as he was poached from Swansea after impressing during his debut season in charge.

Brighton have brought in two new players so far, as new boss Potter looks to make his mark on the side.  Portsmouth captain Matt Clarke has been brought in to bolster the central defensive ranks.  This is potentially in advance of Lewis Dunk leaving for pastures new.  The Englishman has been heavily linked with a move to Leicester.  Elsewhere, Leandro Trossard has been signed from Genk in a new club record deal, as Brighton look to add some pace and creativity to their front line.  Anthony Knockaert has left the club to join Fulham on a season long loan deal.

Ideally a central midfielder could be brought in to replace Dale Stephens, although Yves Bissouma showed glimpses of quality last season.  Hopefully Bissouma can piece together some good performances, and establish himself in the side this season.  A striker to provide genuine competition to Glenn Murray would also be good, but Brighton’s budget probably won’t stretch that far.  Florin Andone performed well at times last season.  Hopefully he’ll be able to step up during his second season with the club.

We think Brighton will perform a lot better this season, now that they have a young, tactics savvy manager in charge.  Graham Potter did very well with limited funds at Swansea last season, as he really did show his tactical knowledge.  We’re expecting more of the same this season, and Brighton shouldn’t have any relegation fears come the end of the season.

Players such as Pascal Gross will hopefully be able to shine.  Potter will surely make him the focus of all of the attacking play; he showed amazing form in his debut season with the club.  Fantrax Draft Managers should also have plenty of potential options in players like Shane Duffy, Leandro Trossard, Solly March, and Glenn Murray. 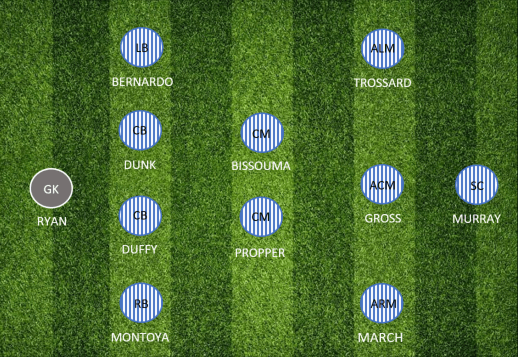 The star performer during Brighton’s debut Premier League season in 17/18, Gross failed to live up to expectations during his second season.  The German playmaker suffered a couple of injuries last season, and really struggled to make his mark.  Gross did amass 76.5 points in four games between Jan 19 and Feb 9, which showed he still has potential!  Hopefully he can have a full season in the side this time around, and re find his form from a couple of seasons ago.  Potter will surely base the side around Gross this season; he’s worth a punt as a draft pick during the early to mid rounds.  Our main take from this Brighton Team Preview; Gross will be back to his usual self this season!

Duffy is always a good bet for points in Togga scoring. We’re expecting him to be up there once again this season!  Last term the Irishman scored 335.25 points and was the 13th highest scoring defender overall.  Duffy usually scores well even if Brighton play poorly, so he’s a safe bet for a draft pick up during the mid to final rounds.

Home grown midfielder March had a great season last time around, and even managed to squeeze into the top 20 scoring midfielders!  The Englishman performed pretty well for a poor Brighton side.  He often earned himself good points scores based on successful crosses or key passes alone.  March will face increased competition from new signing Trossard this season, but Knockaert has left the club.  If he can remain in the starting eleven, he should bring home decent points throughout the season!

Brighton’s record signing deserves a mention here, although Trossard could easily turn out to be another Jahanbakhsh; The Seagulls’ record signing from last summer.  Trossard performed very well for Genk last season, scoring 22 and assisting 11 in all competitions.  Genk went on to win a fourth consecutive Belgian league title.  Trossard has also featured in the hugely talented Belgian national team, so he must be a good player.  He’s a bit of an unknown quantity, but if Trossard can show form near to his level last season, he has a good chance of scoring well this season.