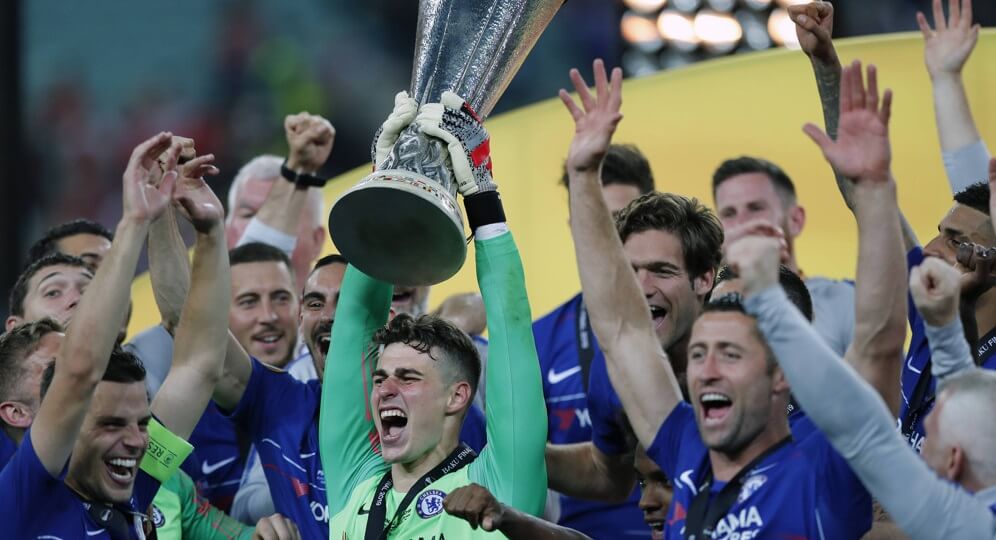 Our Chelsea Team Preview article takes an in-depth look at their prospects ahead of the new Fantasy EPL season.  These hints and tips will provide essential information to enable you to get ahead of your Draft League competition during the pre-season!

Next in our Team Previews is newly appointed Frank Lampard’s Chelsea side.  It will be a very interesting season for The Blues now that Lampard has taken charge.  The club legend is very inexperienced, but showed great potential last season at Derby.

A mixed debut season for Maurizio Sarri, despite finishing third in the Premier League and winning the Europa League.  The Italian started off the season with a long unbeaten run, but his “Sarri-Ball” tactics soon wore thin with the supporters, who were longing for a more exciting style of play.  The results on the field dried up slightly in the middle of the season, but Sarri improved Chelsea’s form towards the end of the season, and finished on a high lifting the Europa League trophy.

Eden Hazard was the outstanding performer once again, with no one else really standing out to be honest.  Players like Marcos Alonso, Pedro and Willian had mixed seasons, and January arrival Gonzalo Higuain showed up and down form.  Youngster Callum Hudson-Odoi made good strides towards the end of the season, but suffered a major injury during the run-in.  Sarri left the club to join Juventus at the end of the season, with club legend Frank Lampard taking the helm.

Chelsea are under a transfer ban, but are still somehow making signings…!  Christian Pulisic was signed in January, but loaded immediately back to Borussia Dortmund, so he’ll be joining up with his new team mates this summer.  Pulisic will be hoping to fill the massive void left by Hazard!  Last season’s loan signing Mateo Kovacic has also signed on a permanent basis, as The Blues have exercised the right to do so as per the terms of the loan deal.  Not really sure how that is ok, but apparently it is!

The signing of Kovacic is especially disappointing, as we were hoping the likes of Ruben Loftus-Cheek or Mason Mount would get a chance to impress.  A lack of strikers may provide a chance to Michy Batshuayi or Tammy Abraham, however.

Frank Lampard has now been appointed as Chelsea manager, and we’re pretty excited by it.  Chelsea will probably take a couple of steps back in terms of their on-field performances though.  Lampard’s lack of experience, plus the ongoing transfer ban, means that Chelsea will be behind their Top Six rivals.  For us Fantrax Draft Managers, however, with Lampard at the helm the young and exciting Chelsea players will surely be given their chance in the first team!

The likes of Ross Barkley, Ruben Loftus-Cheek, Callum Hudson-Odoi, and Tammy Abraham are likely to see good minutes.  And players such as Mason Mount, Fikayo Tomori, or Reece James could also be given a chance to impress.  We’re predicting a 6th place finish for Chelsea in the Premier League this season, but their young players should provide us with some great options!  Hopefully Lampard will be given time to start building something special once again at Chelsea. 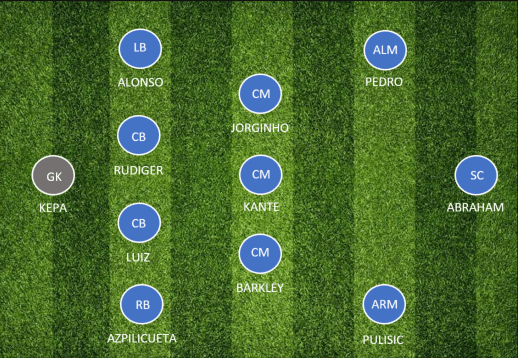 The top scoring players for Chelsea are extremely hard to predict at the moment!!  We’re going with Pulisic here, with the reason being that he’s been brought in a Hazard’s replacement!  It’s hard to tell what kind of impact the American will have this season though.  Pulisic is a very talented player, but he may need time to adjust to the Premier League.  Willian or Pedro could easily establish themselves in the side under Lampard, and produce good scores this season.  Willian especially.  However, we’re taking a punt here a backing Pulisic to perform well in his debut season.  Lampard will be looking to get the most out of him this season!  This may be the boldest prediction of our Chelsea Team Preview!

Azpilicueta is Chelsea’s best defender, and is always a banker for a decent season.  The Spaniard gained 357.75 points last season, en route to being The Blues’ second highest scorer.  Azpilicueta is now a bit of a veteran, and very experienced in the Premier League.  The right back is likely to provide a fair amount of assists, as well as his usual high number of clearances, interceptions, and tackles.  Azpilicueta will have competition for his place in the side from youngster Reece James, but for now, he’ll remain in the starting eleven.  Azpilicueta is a good player to draft in the mid-rounds; a guaranteed consistent points scorer!

We’re taking a bit of a punt here for Chelsea’s third top scorer; young winger Hudson-Odoi!  He came into the side towards the end of last season, after being heavily linked with a move to Bayern Munich.  Sarri finally gave Hudson-Odoi his chance in the Premier League, and he was very impressive.  The youngster actually started for England before he did for Chelsea in the Premier League!!

Hudson-Odoi is currently out injured, but is said to be recovering well.  Hopefully he’ll return to play around September time, and will be able to establish himself on the left wing.  New manager Lampard puts faith in youth, and this bodes very well for Hudson-Odoi.  If he can work his way into the starting eleven, he should have a very good season!

If one of these three strikers can prove themselves as a genuine threat up front, they could be in for a great season.  At the moment, it’s very hard to tell who will come out on top though!  We expect all three of these Chaps to be given a chance in the side during the opening couple of months of the season.  Olivier Giroud is very experienced, and is great at holding up play.  Michy Batshuayi is a talented striker, and showed decent form on-loan at Crystal Palace at the end of last season.

However, if we had to take a punt on one of them, it would be Tammy Abraham.  The young striker bagged 25 goals in the Championship for Aston Villa last season, and Lampard would have taken note of every one of them.  Abraham struggled in the Premier League whilst on loan at Swansea a couple of seasons ago, but now he could be ready to make the step up!

Ruben Loftus-Cheek would have been in the top three if it wasn’t for his injury status.  The young midfielder suffered a serious injury at the end of last season, and is not due back until the autumn.  Loftus-Cheek has just signed a new contract with Chelsea, and Lampard is obviously a big fan of his.  Once he’s fully fit, we expect Loftus-Cheek to slot into the starting eleven, and score a good amount of points!