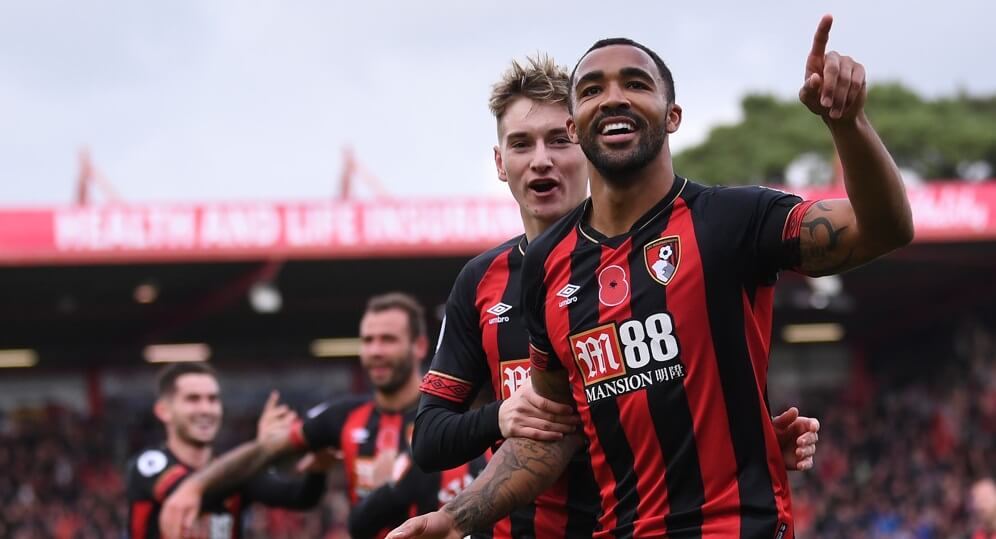 Our Bournemouth Team Preview article takes an in-depth look at their prospects ahead of the new English Premier League season.  These hints and tips will provide essential information to enable you to get ahead of your Draft League competition during the pre-season!

Next up in our Premier League Team Previews is Eddie Howe’s Bournemouth side.  The Cherries have a very talented squad, but they have been extremely inconsistent over the last two seasons!

The Cherries finished in 14th in the Premier League last season, which was a disappointing end to an encouraging season.  Bournemouth are just so inconsistent its unbelievable!  Last season they beat Brighton 5-0 away from home one week, and followed this up with a 1-0 defeat to already relegated Fulham in front of their own fans the next…!  Eddie Howe can however boast victories over Tottenham and Chelsea, and his young team are playing well, and have lots of potential.

Bournemouth have some very talented young players, and play an attractive style of football.  Established stars such as Callum Wilson, Joshua King, and Nathan Ake, were complimented by the likes of Ryan Fraser and David Brooks last season; both of these Chaps performed extremely well.  Ryan Fraser in particular performed well; he was one of the overall top scoring players last season!

Young defender Lloyd Kelly has joined from Bristol City.  Kelly is mainly a left back, but can also slot in at center back if needed.  The youngster has been signed for £13 million, and looks set to take over as the first choice left back.  Young right back Jack Stacey has also arrived for a small fee from Luton Town.  He will be looking to challenge Adam Smith for his place in the side.

Phillip Billing has joined from Huddersfield for £15 million, and Arnaut Danjuma has arrived from Club Brugge.  Billing will be looking to slot into central midfield alongside Lerma, whilst Danjuma will help alleviate the loss of David Brooks for three months due to injury.

This season should be a good one once again for Bournemouth as they are now an established Premier League side.  The Cherries have some exciting players, and should pick up some good results. Players such as Ryan Fraser, Callum Wilson, and David Brooks will be looking to progress even further. Eddie Howe also has players such as Lewis Cook, Lloyd Kelly, and Chris Mepham, who will be out to make their mark on the Premier League.

If Bournemouth can find some defensive stability, as well as some consistency in their performances, this could be their best season yet.  The Cherries have some of the most talented players outside of the Top Six.  Come draft day, there should be plenty of interest in Bournemouth players during the mid-rounds.  The most important thing to note in this Bournemouth Team Preview; their top assets will be drafted higher than you think! 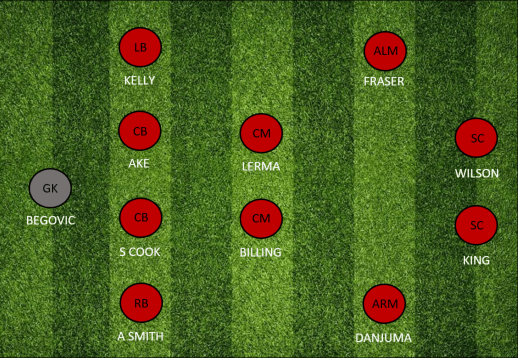 Fraser is the key Bournemouth asset here, despite having very talented teammates. The Scottish winger averaged 12.8 points per game last season, and was the 5th highest scoring player overall!!  Incredible statistics for a player that would have probably gone undrafted in many leagues.  7 goals and 14 assists for Fraser has put him firmly on the radar of draft managers, as well as fellow Premier League clubs.  Arsenal have been linked with Fraser, but hopefully, he stays at Bournemouth and remains one of the key targets for players outside of Top Six clubs.

Wilson bagged 14 goals and 12 assists last season, as he was the 15th highest scoring forward.  The English international striker proved his genuine quality last season, and he has all the tools to do it again this season.  Wilson will be hoping to put his injury troubles behind him, and continue in the same vein.  The forward missed 6 games in a row between GW24 and GW29 last season.  Wilson is a top 15 forward and would be a good pick-up as a second forward in drafts.

King is very likely to have another good season.  King is now a proven asset at Premier League level, and he may well outscore strike partner Wilson.  The Norwegian international scored 12 and assisted 3 last season.  King would be a very decent pick up during the mid rounds of the draft!

Brooks had a great first season with Bournemouth last year, after joining the club from Sheffield United.  The young right winger performed very well as he bagged 7 goals and 6 assists.  That’s pretty impressive for a 20-year-old with no top-flight experience!!  Brooks has unfortunately suffered a serious injury, and will be out for around three months.  Keep an eye on his recovery though, and snap him up in a couple of months time!