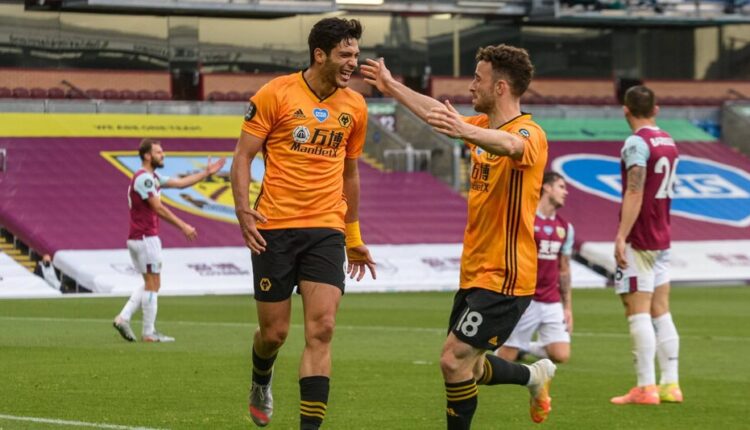 Our Wolves Team Preview takes an in-depth look at their prospects ahead of the new Draft Premier League season.  These hints and tips will provide essential information to enable you to get ahead in your Fantasy EPL competition during the pre-season!

First up in our Premier League Team Preview’s is Nuno Espirito Santo’s Wolves side.  The Wanderers will be looking to build upon yet another impressive Premier League campaign.  They finished in 7th place for the second consecutive season last time around.

It was an outright grueling 19/20 campaign for Wolves.  Their season started on 25th July 2019 in a Europa League qualifying game against Crusaders of Northern Ireland and ended on 11th August 2020 in a Quarter Final in the same competition.  That’s a massive 383 day season, which included 59 games in total!  And despite an extremely long season with a relatively small squad, The Wanderers managed a 7th place finish in the Premier League, as well as reaching the aforementioned Europa League Quarter Final.

In terms of Fantasy EPL, Raul Jimenez and Adama Traore were the outstanding performers.  Both forwards proved that they are elite level Fantrax players, and potential first-round draft picks for the new season.  The pair were the 5th and 6th highest overall scorers last season!  Elsewhere, defenders Matt Doherty and Willy Boly also produced exceptional seasons, although Boly missed a fairly significant amount of time through injury.

Nothing to report at the moment, but Wolves are likely to do their business fairly late after only just finishing their 19/20 campaign!  A new addition at center-back to provide competition and cover to the first choice trio of Boly, Coady, and Saiss could be on the cards.  Elsewhere, an out-and-out striker to provide back-up to Jimenez will surely arrive.  Patrick Cutrone arrived last summer but soon returned to Italy.  This is an area that needs to be addressed.  Elsewhere, keeping hold of their best players in Jimenez and Traore, as well as young midfielder Ruben Neves, should be the priority.

Matt Doherty has departed for Tottenham in a somewhat surprising move.  Nuno will have to move quickly to bring in a quality replacement!

Wolves are now an established top half of the table Premier League side.  After only two seasons in the division, they have quickly settled in the league under the guidance of Nuno Espirito Santo.  Another European push looks on the cards this season.  The Wanderers will potentially perform better than they did last season due to the fact that they won’t be playing in the Europa League this campaign.  In terms of Fantasy EPL, three of the players we mentioned above are their key assets and will continue to be this season.  Jimenez, Traore, and Boly are the key players to target from this Wolves Team Preview.  We’ll highlight the other players to look out for below! 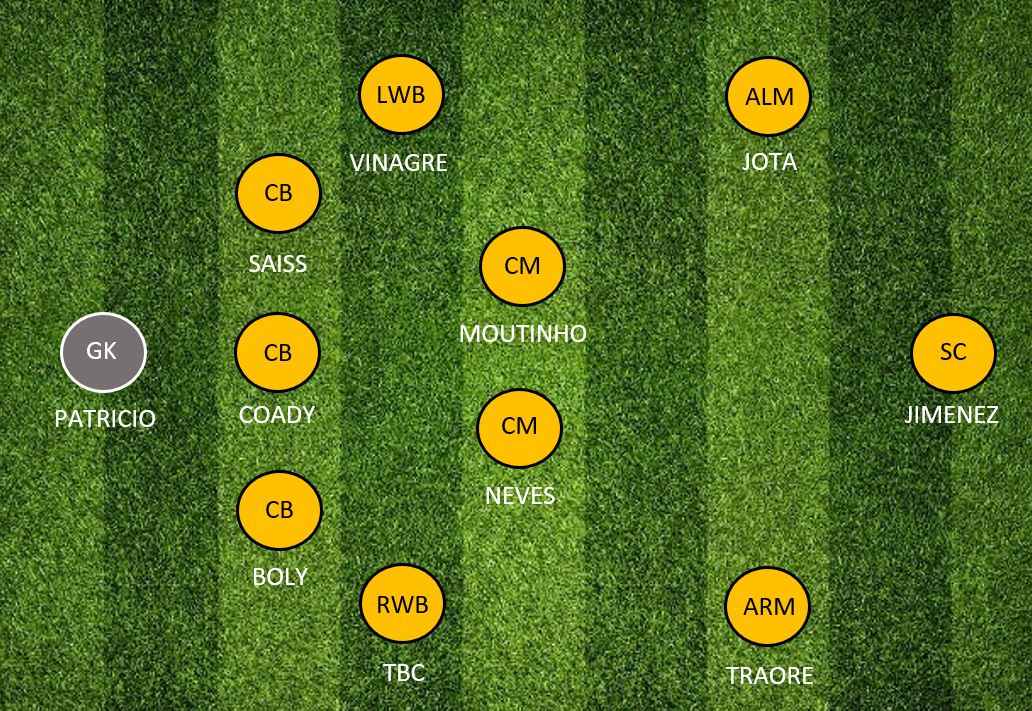 Adama Traore.  Everyone loves to watch Adama Traore play football.  We had the pleasure of seeing him live last season, and he didn’t disappoint!  The Spaniard was the 6th highest overall scoring player last season, thanks to four goals, nine assists, and a whopping 184 successful dribbles.  Traore gained one point for every one of those dribbles as per the Fantrax Scoring System.  There are currently question marks over his fitness, with an ongoing shoulder issue restricting his playing time last season.  This issue looks set to continue this season, but we believe Traore has been dealing with the same injury for the last few years.  Wolves are not involved in Europe this season, so he’s going to have a lot more time to rest in between games during the upcoming season.  Traore is a first-round draft pick this year for us.  A Top 12, potentially Top 10, Fantasy EPL asset!

And closely behind Traore, we’ve got the 5th highest overall scoring player from last season, Raul Jimenez.  The Mexican striker bagged 17 goals, and also provided seven assists.  Jimenez also scores really well for aerials, shots on target and key passes, and scores surprisingly well for successful dribbles.  He gained the 17th highest number of successful dribbles last season!  With no European distraction for Jimenez this season, we’re backing him to score similarly to last season, and we currently have him ranked alongside the likes of Son Heung-Min and his colleague Traore.  The Wolves striker is guaranteed to be a first-round pick this season – don’t be disappointed if you end up picking him around the number 10 mark in your Fantrax draft, he’s going to be worth that slot!

And the final player to highlight here is Willy Boly.  The French center-back is an absolute monster in Fantrax, for anyone new to the platform.  His all-action defensive style means that he easily racks of ghost points across all of the defensive scoring categories, especially aerials.  Boly doesn’t need clean sheets to score well!  Last season the big defender only managed 22 Premier League games due to injury, so he didn’t trouble the top-scoring defenders.  Boly did, however, gain a points per game average of 11.53, which shows how good of an asset he can be!  That average puts him in and around the Robertson, Digne, Doherty type range if he had played all 38 games.

Romain Saiss (now classified as a defender) is a really good asset to target in the mid-rounds of your draft.  The Moroccan international would have been the 18th highest scoring defender last season if he was classified as a defender.  The Wolves man will now benefit from an increased clean sheet bonus, as well as one point per aerial win, based on the new Fantrax Scoring System.  Spanish left wing-back Jonny looks set to miss six months of action, so Iberian counterpart Ruben Vinagre will be in the starting eleven to begin with.  Look to draft him towards the end of the draft if you can.