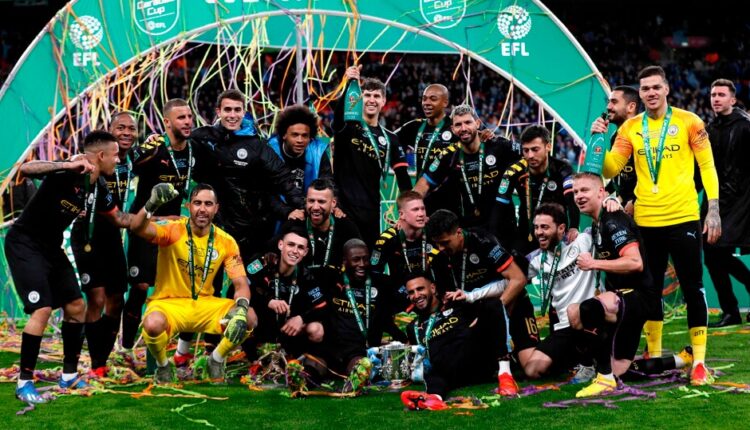 Our Manchester City Team Preview takes an in-depth look at their prospects ahead of the new Draft Premier League season.  These hints and tips will provide essential information to enable you to get ahead in your Fantasy EPL competition during the pre-season!

Next up in our Premier League Team Preview’s is Pep Guardiola’s Manchester City side.  Predicting what’s going to happen at The Ethiad Stadium is an impossible task, but let’s see what the new season has in store for The Citizens!

Manchester City missed out on the Premier League trophy last season, but they still had an incredible season in terms of their Fantrax assets!  Kevin De Bruyne was the outstanding player, with a huge 710 total points!!  Riyad Mahrez and Raheem Sterling also made the Top 10 overall points scorers.  Gabriel Jesus had a really productive season with 14 goals and eight assists, as Sergio Aguero missed 14 games through injury.  Guardiola’s side put together some really strong performances for most of the season, but also slipped up against teams they should have easily beat.  Losing 3-2 to Norwich in September proves this point, as The Citizens demolished The Canaries 5-0 in the return fixture.

Guardiola will be looking for a little more consistency this season, although the squad will be missing club legend David Silva as his contract ended at the end of last term.

It’s already been a busy summer for Manchester City, as they have added Nathan Ake and Ferran Torres to their squad.  Ake is a talented defender but he usually scores really poorly in Fantrax, so we wouldn’t recommend adding him to your draft shortlist!  Torres has been signed as a replacement for Leroy Sane, but he probably won’t see much game time this season.  For more details on Torres, check out our Summer Transfer Analysis!

Manchester City has also been linked with several more signings, with defenders Kalidou Koulibaly or Jose Gimenez potentially on the way, as well as Ismael Bennacer or David Alaba.  Koulibaly looks the most likely arrival from Napoli.  It remains to be seen if City can get these kinds of deals across the line, but it looks as though a fair few players will be following David Silva and Leroy Sane out of the door.  John Stones, Nicolas Otamendi, and Eric Garcia are all rumored to be departing Manchester this summer.

And of course, City are now being heavily linked with want-away Barcelona forward and global superstar Lionel Messi.  We don’t need to tell you how huge this signing would be if it goes through!!

Manchester City will be title contenders once again, we can guarantee that.  Which of their players will play regularly and score consistently well on Fantrax?  Now that is something we are unable to guarantee!  Kevin De Bruyne was the highest scoring player on Fantrax last season and will be drafted 1st in most leagues.  He’s a wonderful player, and will be there or thereabouts once again this season.  The rest of the Manchester City squad will suffer from rotation, but there are so many great Fantasy EPL assets for you to choose from, any of their explosive options are worth taking a punt on!  More information on specific players below.  The 20/21 season will be another great one for City and their assets.  Obviously. 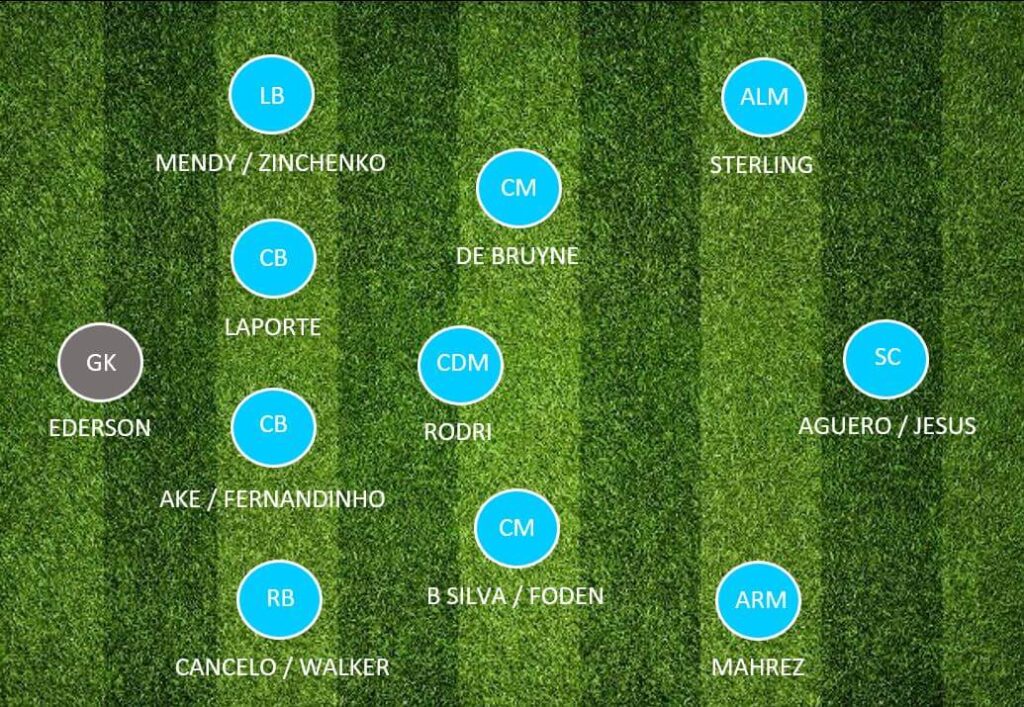 Kevin De Bruyne is the best Fantasy EPL player on Fantrax.  The Belgian midfielder will be the number one draft pick in most leagues this summer, and its easy to see why.  The Fantrax Scoring System rewards players for positive contributions to the game, and De Bruyne does that basically every time he gets the ball.  Last season he scored 13 goals and provided 23 assists.  De Bruyne also contributed 136 (!) key passes, for which he gained two points for each one.  The Manchester City man looks set for another outstanding season, after averaging over 20 points per game last term!

Next up for Manchester City if Raheem Sterling.  The Englishman was the 10th highest scoring player last season, with his 20 league goals really catching the eye.  Sterling looks set to be a Top 5 draft pick this season, after another strong campaign.  For us he’s potentially up there alongside Liverpool’s Salah and Mane next season, as he’s really showing signs of developing into a consistent world-class level talent.  Expect a really strong season once again for Sterling.  If you’re worried about his minutes; he was second only to De Bruyne for minutes played last season, so he’s fairly safe from rotation!

And finally, Riyad Mahrez is another round one quality player from Manchester City.  The Algerian has now established himself at the club and was seeing regular starts and consistent minutes for much of last season.  Mahrez was the 7th highest scoring player in Fantrax last season, with an average points per game of nearly 14.  After the recent Fantrax Position Changes, Mahrez has been reclassified as a forward for the new season.  This doesn’t really impact his value though; he’s still a Top 10 player who we would happily draft in the first round.  As long as you don’t mind your best player being rotated a little bit, then Mahrez will serve you really well this season!

Where to start with the rest of the players.  Basically all of them offer great Fantasy EPL value, so we’ll discuss a few of our favorite picks here.  In defense, Joao Cancelo will be fairly high in our upcoming Draft Rankings, as he now looks to be preferred in the starting eleven.  The Portuguese full-back has been playing right-back, as well as left-back, in recent months, and has received rave reviews from manager Guardiola.  Cancelo has the potential to be a Top 10 defender next season!

Phil Foden is a really interesting one after finishing the season so strongly.  The English youngster looks set to be a first-team regular this season after David Silva has vacated his central midfield position.  Foden is likely to be a Top 50 player next season and has explosive potential.  And talking of explosive potential, both Gabriel Jesus and Sergio Aguero have that in spades.  With so much speculation over their game time, you’re likely to be able to draft both of them towards the end of the second round.  Which is crazy really.  If you’re a manager who likes to have explosive options and doesn’t mind their best players sometimes riding the bench, Jesus and Aguero could offer you insane value.

Two players that we’re not that high on are Bernardo Silva and Ferran Torres.  Bernardo was fairly disappointing last season, despite being City’s 6th highest scoring player.  The Portuguese midfielder never really put together a consistent run of games, or points, from December onwards.  His five scores of 20 points or more skew his statistics.  @draftgenie backs us up with this one in his players to Avoid Drafting Early. And new signing Torres will be nothing more than a back-up player for us.  He’s a replacement for Sane.  The player who didn’t feature all last season.  Due to injury and transfer speculation of course, but we don’t think City needed to sign him.  One for the 21/22 season we believe.