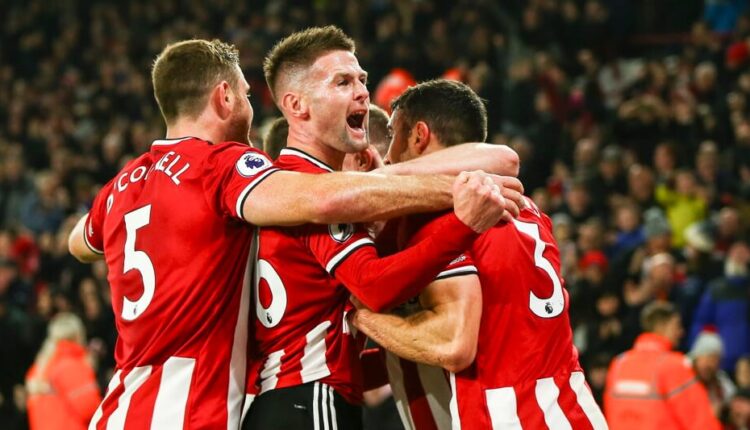 Our Sheffield United Team Preview takes an in-depth look at their prospects ahead of the new Draft Premier League season.  These hints and tips will provide essential information to enable you to get ahead in your Fantasy EPL competition during the pre-season!

Next up in our Premier League Team Preview’s is Chris Wilder’s Sheffield United side.  The Blades will be looking to establish themselves in the Premier League after a stunning first season back in the big time!

The Blades had an exceptional season in the Premier League after winning promotion from the Championship.  Chris Wilder led his team to a 9th place finish with largely the same team as the season before, and for us, he deserved to win the manager of the season award.  Many people were tipping Sheffield United to get relegated, but in fact, they were nearer to the top of the table than the bottom for basically the whole season!  Wilder’s men found most of their success through defensive stability and an overlapping center-backs tactic that surprised most Premier League teams.  The Blades recorded an incredible 13 clean sheets!  The whole of the defense were outstanding Fantrax assets, with Oliver Norwood, John Fleck, and Oliver McBurnie also providing consistent returns for parts of the season.

Sheffield United have re-signed Aaron Ramsdale from relegated Bournemouth for just under £20m.  This would suggest that Dean Henderson will not be returning to the club on loan for a third season!  Ramsdale is a decent goalkeeper and has seven caps for the England Under-21 side.  The 22-year-old will serve The Blades, and Fantrax managers, well during the upcoming season!  Elsewhere, there is currently nothing else to report.  A prolific striker to partner Oliver McBurnie would be the addition we would like to see.

Obviously its going to be incredibly hard for Sheffield United to repeat their success of last season, but they are a good side, and we think they will be in and around the mid-table positions all season.  We’re predicting a 13th place finish, which would still be a really good result for Wilder’s men.  Establishing themselves as a Premier League side should be the focus for the next few years, and The Blades should be able to do that based on their solid defensive displays.  As we’ve said above, a prolific striker is needed to play up front alongside McBurnie.  If they find that, then a mid-table finish will be all-but-guaranteed! 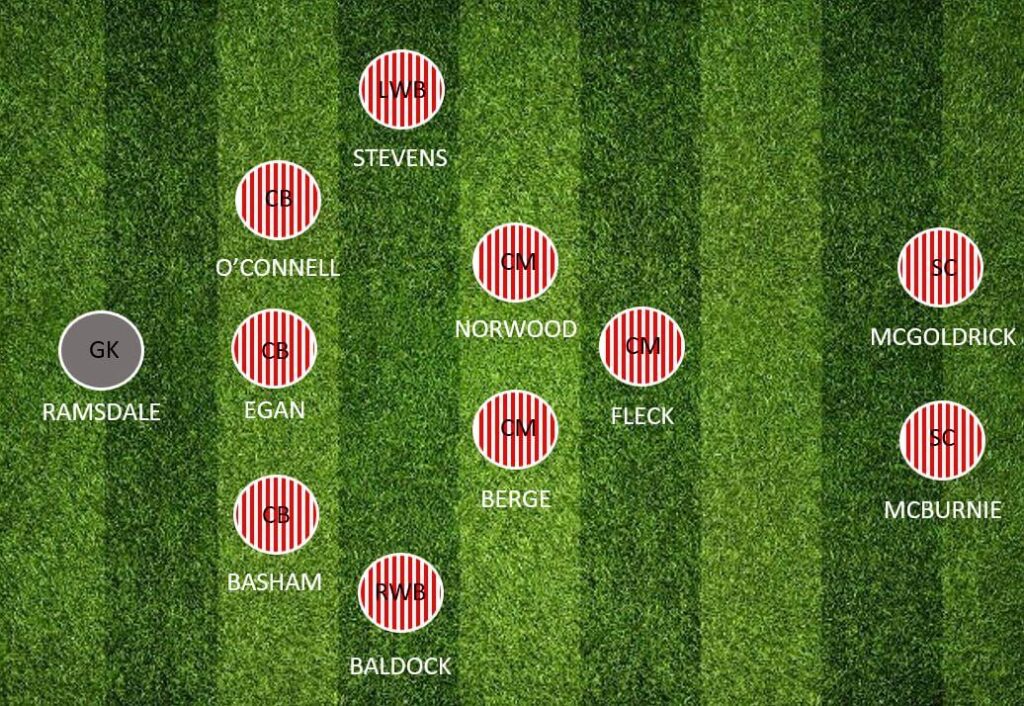 Jack O’Connell is the key Sheffield United defensive asset this season for The Blades.  The 26-year-old center-back was sorely missed at the beginning of the Premier League restart, and he’s the rock in their defense.  O’Connell excels in aerials and clearances, as well as the obvious clean sheets department.  We’re backing the Englishman to get even better in his second season at this level; he looked pretty natural in the Premier League last season despite a lack of experience.  We would recommend drafting O’Connell around the 9th or 10th round of your Fantasy EPL draft.  You’ll be rewarded with a defender you can start in pretty much every game of the season!

Next up is Scottish striker Oliver McBurnie.  It took the summer arrival a little while to adjust to life in the Premier League, but once he established himself in the Sheffield United side, there was no stopping him.  McBurnie was the highest-scoring Sheffield United player from 1st January onwards!  The best part of his game in terms of Fantrax is his ability to win aerials.  McBurnie excels in this scoring category, making him a similar kind of player to Benteke.  The difference with the Sheffield United man though, is that he can actually score!  McBurnie’s six goals aren’t an amazing return, but these goals coupled with a steady stream of ghost points from aerials make him a good prospect.  We would rank him alongside the likes of Mitrovic, Benteke, and Calvert-Lewin ahead of the new season.

We’re backing another defender in our projected top-scoring Sheffield United players.  Obviously.  Their defense was incredible last season.  Enda Stevens was a huge hit in Fantrax last season, producing a steady stream of clean sheets, key passes, accurate crosses, successful dribbles, tackles, and aerials.  Like most of the Sheffield United players, Stevens would have gone undrafted in a lot of leagues.  We picked him up in Gameweek 4 in the #DraftPL Community League last season, and he was one of our best players.  Like O’Connell above, pick Stevens up in your draft around the 9th or 10th round, and add a consistent scoring defender who you can trust to your Fantrax roster.

Firstly, we rank George Baldock at the same level as Stevens.  We would therefore happily draft him at the same place, as he’s likely to score a near-identical score to the Irishman come the end of the season.  Baldock does the same job as Stevens and will provide a few assists, and plenty of accurate crosses, successful dribbles and key passes to go alongside the clean sheets!  John Egan and Chris Basham are a level below their defensive colleagues, but still really decent assets to draft.

In midfield, John Fleck, Oliver Norwood, and Sander Berge will all be decent midfield assets to own.  They are ideal midfielders to own as your fifth or sixth best player in that position.  You will be able to slot them into your team whenever needed, with Fleck and Norwood in particular providing some really strong runs of form at times last season.  From the forwards, we wouldn’t recommend drafting anyone other than McBurnie.  Lys Mousset, David McGoldrick and Billy Sharp all rotated last season, with none of them really establishing themselves in the starting lineup.  A new striker is required.