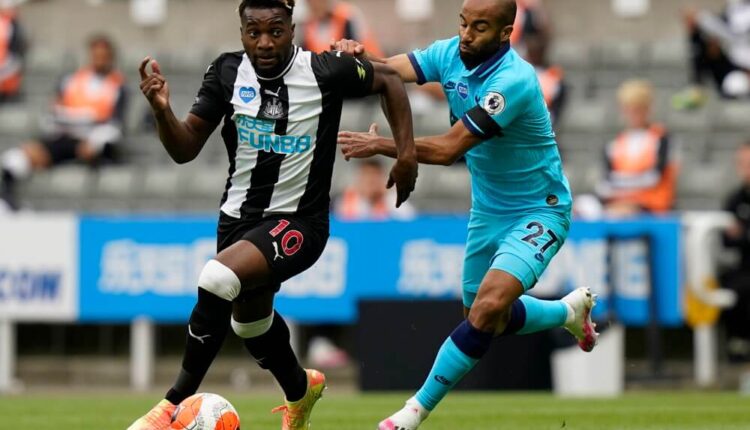 Our Newcastle Team Preview takes an in-depth look at their prospects ahead of the new Draft Premier League season.  These hints and tips will provide essential information to enable you to get ahead in your Fantasy EPL competition during the pre-season!

Here we outline the prospects of each team for the upcoming season, highlight major signings, provide a predicted starting eleven, and also a projection of the top-scoring players for each team, as well as some hidden gem players for the new season.  Check back for regular updates to these Team Preview articles

Next up in our Premier League Team Preview’s is Steve Bruce’s Newcastle side.  The Magpies will be hoping for another solid season with limited funds due to the collapse of their takeover bid.

Newcastle finished the season 13th in the Premier League, which was a decent result all things considered.  Steve Bruce took over in July 2019, after a brief spell in charge of Sheffield Wednesday.  The appointment received a mixed reaction from the fans, as there was a feeling he wouldn’t live up to the standards set by his predecessor Rafa Benitez.  Bruce spent £60m on attackers Joelinton and Saint-Maximin after the club sold Ayoze Perez to Leicester for £30m.  The team struggled with consistency of personnel, as well as performances, but they never actually looked threatened by relegation.  Newcastle displayed a really organized defense, as well as an attack that can provide moments of brilliance.  Saint-Maximin was the highlight for most of the season, but Ritchie, Almiron, and Shelvey also had patches of good form.

There aren’t too many transfer rumors surrounding Newcastle at the moment, but with several loan signings returning to their parent clubs, there are several areas that need strengthening.  Jetro Willems, Danny Rose, Valentino Lazaro, and Nabil Bentaleb are the players that have departed.  A new left-back is certainly required in our opinion.  At the moment, the only option Bruce has there is Paul Dummett, as well as Matt Ritchie as a left wing-back.  Bringing in a new left-back would enable Bruce to change his formation between 4-2-3-1 and 3-4-2-1 depending on the opposition.

Elsewhere, adding a new attacker is also needed.  Either a central striker to provide competition for Joelinton, or a winger to add an additional option to the existing talented wide players.  Callum Wilson is being heavily linked, with Matt Ritchie heading to Bournemouth as part of a swap deal.  A free transfer for Ryan Fraser is also currently being discussed, which would reunite the pair of Wilson and Fraser!  Arsenal defender Rob Holding is being heavily linked with a loan move to St James’ Park.

Much of the same for Newcastle we believe.  The Magpies have enough quality to avoid the drop, but without any major investment, they are likely to stay around the 11th to 14th position in the table.  Saint-Maximin is a terrific player, as well as an outstanding Fantrax asset.  Midfielders Shelvey, Ritchie, and Almiron have the qualities to succeed in the Premier League, they just need to find more consistency.  Newcastle also has a really well-organized defense, and usually don’t concede many goals to sides in the bottom half of the table.  Players like Manquillo and Dubravka will be decent streaming options at various points of the season.  Newcastle has a few really good prospects for the new season, as well as a fair few players who will serve you well at certain times of the season.

For details of the current Newcastle Set-Piece Takers, click here! 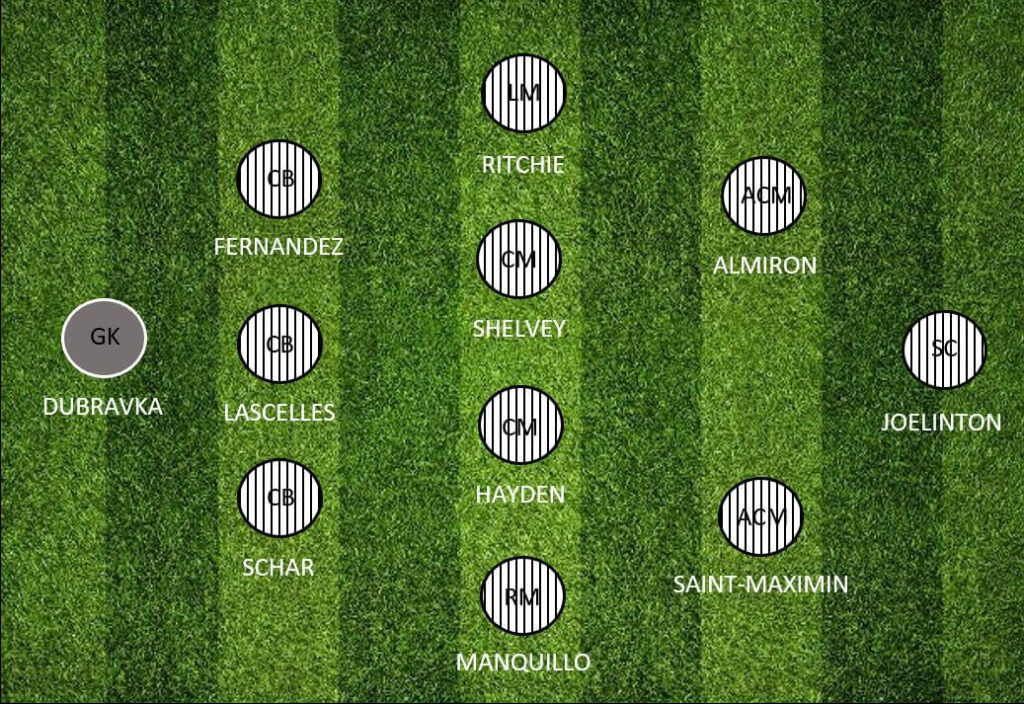 We love Allan Saint-Maximin.  The Frenchman is an electrifying footballer and seems like such a genuinely nice guy.  You can’t help but like him!  He’s also a really strong Fantrax asset, who averaged over 11 points per game last season.  Saint-Maximin was the 55th highest scoring player last season, despite only featuring in 26 games for The Magpies.  He gained just three goals and five assists, but the majority of his points come from successful dribbles.  The Newcastle man ranked 3rd overall for in this scoring category.  Now that Saint-Maximin, reclassified as a midfielder for the new season, has settled in England and established himself at the club, we’re expecting big things.  Could a Newcastle player really be a Top 20 Fantasy EPL asset?  You bet!

And next Newcastle player to mention here is Jonjo Shelvey.  The midfielder is a really strong Fantrax scoring player, he’s just never really had a consistent run in the side the last couple of seasons.  Last campaign Shelvey was the second-highest scoring Newcastle player, and the 27th highest scoring midfielder.  That’s a pretty good ranking considering the Englishman only appeared in 26 games.  Much like Saint-Maximin and Ritchie above, if Shelvey plays 35 games next season, he’s going to be a Top 50, maybe even Top 40, Fantasy EPL asset.  We would recommend drafting Shelvey in the mid-rounds, potentially round five or six depending on your Fantrax league size.

We’re big fans of Matt Ritchie too.  The Newcastle midfielder is a really solid player to own in Fantasy EPL, as he has a decent points floor based mainly on key passes and accurate crosses.  Ritchie was particularly impressive during the Premier League restart.  His issue has always been his fitness, which restricted him to just 18 appearances last season.  Looking at Ritchie’s points per game or points per 90 statistics tell us the true story.  The Scotsman had an average points per game of 8.56 last season, as well as a points per 90 of 10.54.  If Ritchie can keep fit for the whole season, he’s potentially a Top 50 Fantrax asset.  However, there are currently strong rumors that the Scotsman is set to rejoin Bournemouth in a deal that would involve Callum Wilson join Newcastle.  This means Ritchie will have to drop a fair bit in our Draft Rankings.