August 10, 2020 by The Fantasy Football Chaps Leave a Comment   |  TheFFChaps 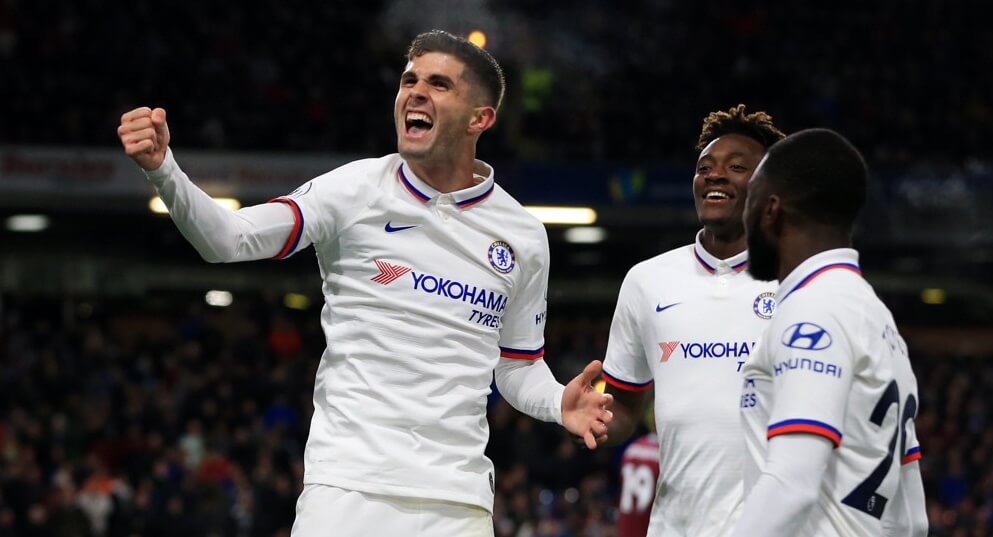 Our Chelsea Team Preview takes an in-depth look at their prospects ahead of the new Draft Premier League season.  These hints and tips will provide essential information to enable you to get ahead in your Fantasy EPL competition during the pre-season!

Next up in our Premier League Team Preview’s is Frank Lampard’s Chelsea side.  The Blues enjoyed a good first season under Lampard and will be looking to make a push for the Premier League title after investing heavily in their squad already this summer.

It was a really good first season in charge of Chelsea for club legend Frank Lampard.  The Blues finished the season in 3rd place but will be disappointed to have lost in the FA Cup final.  Despite kicking off with a 4-0 defeat to Manchester United, Lampard turned things around, and by the end of the season, Chelsea was showing some really incredible form.  Young England internationals Mason Mount and Tammy Abraham got off to flying starts, with more experienced heads in Olivier Giroud and Willian ending the season strongly.  American winger Christian Pulisic also provided some really strong moments, and will be raring to go for his second season in the Premier League!

Goalkeeper Kepa Arrizabalaga continues to receive negative feedback, due to his pretty average performances for The Blues.  The Spaniard is the world’s most expensive goalkeeper, but their back-up goalkeeper, 38-year-old Willy Caballero, has often looked more comfortable between the sticks.  This is a big area of concern for Lampard, as well as the defense as a whole.

Chelsea has already completed the signing of two of Europe’s most sought after players; Hakim Ziyech and Timo Werner.  Ziyech is predominantly a right-winger, and Werner is a central striker.  With Willian and Pedro both leaving the club after their contracts expired in the summer, Ziyech will help fill the void left by them.  Werner will add plenty of competition to the forward line, with Abraham and Giroud both performing well at times last season.  Lampard is also being heavily linked with German Kai Havertz who is likely to play in a central attacking midfield role.  Pulisic will be safe on the left-wing, but Chelsea is certainly adding plenty of fire-power to their front line.

The Blues are also being linked with a big-money move for English defensive midfielder Declan Rice, who would certainly add some steel, desire, and commitment to the central midfield areas.  We’re not sure if Chelsea will be able to afford Rice, but it does look as though owner Roman Abramovich is willing to spend money during a time where other clubs may not be able to afford to.  Ben Chilwell has now signed his long rumored deal, joining Chelsea to improve upon current left-backs Alonso and Emerson.  A new goalkeeper to replace Kepa is also being talked about, with Mike Maignan from Lille being linked.  Veteran Brazilian centre-back Thiago Silva has joined from PSG on a one year deal.  This greatly improves the central defensive area in the short term!

With the amount of money Chelsea are spending, or are rumored to be spending, they are turning into a bit of a Manchester City type Fantasy EPL team.  A team that has undoubted quality within the squad, but you’re going to have no idea which players are going to feature on a regular basis!  Personally, we prefer to own players who will know will start every game.  Therefore, usually steering clear of any Manchester City players not named Kevin.  We’re likely to do the same with Chelsea in our drafts this summer!  Pulisic is one player that we would be really keen to own, as well as newcomer Werner.  Havertz would certainly be a player of interest if he signs, but other than those three players, it’s going to be such a lottery for Fantrax points!

That being said, the prospects are looking extremely good for Lampard’s side this season.  We would expect them to challenge Liverpool and Manchester City for the title but fall just short at the end of the season.  Chelsea will win a lot of games, and earn a lot of Fantasy EPL points.  Predicting where those points will fall, however, is very hard.

For details of the current Chelsea Set-Piece Takers, click here! 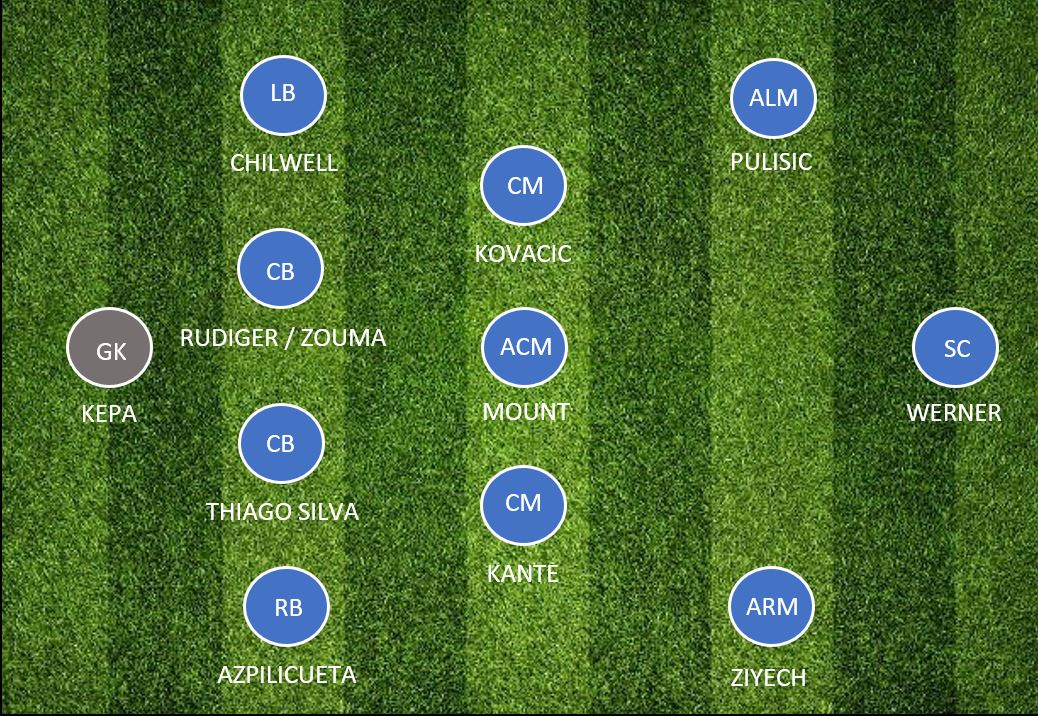 Christian Pulisic.  Very excited to be writing about “The American Messi” (apparently that’s his nickname!).  It was a stop-start first campaign with Chelsea for Pulisic as he adjusted to life in the Premier League.  The American started off with two assists in his first three starts, but this was followed by two non-appearances and two substitute appearances.  At this point, things were not looking good.  However, Pulisic started in Gameweek 10, scored a hat-trick, and followed this up with some really strong form through until December.  He then tailed off once again and missed eight games at the start of the year.

However, Pulisic came back strongly during the Premier League restart and was the 8th highest scoring player during this period.  This is what has gotten us excited.  After showing flashes of his brilliance during the first 29 games of the season, he showed us what he’s really capable of during the subsequent nine games!  Pulisic has now settled into life in the Premier League, is a guaranteed starter in a Chelsea side ripe with attacking talent, and looks set for a breakout season.  Pulisic will be a Top 15, potentially even Top 10, player next season, and we’re very excited about him!

Next up for the Chelsea assets is newcomer Timo Werner.  Our colleague Luke Wilkins has covered the German in Part 1 of his Summer Transfer Analysis, and suggested he could even become a Top 5 player!  We’re not as high of Werner as Luke may be, but we’re still pretty high on him.  The 24-year-old forward is extremely talented, and Chelsea has done really well to get hold of him.  Werner will hopefully be their main striker for the next decade, rather than turning into an Alvaro Morata.  The former RB Leipzig striker is a Top 15 player for us.  He will do really well during his first Premier League season, but he’s unlikely to become an elite Fantrax asset just yet.  We would recommend drafting Werner towards the end of the first round or the start of the second round, depending on your personal thoughts on the German’s prospects.

Our final projection on the top-scoring players for this Chelsea Team Preview is none other than Cesar Azpilicueta.  The Spanish defender is an absolute veteran.  A reliable and consistent player, who performs well for his side, and in Fantrax, more often than not.  Azpilicueta has been a favorite of ours for many years, and its easy to see why.  He’s the ultimate set and forget defender.  Azpilicueta will start every game, he can play anywhere across the defense, and he’ll post a decent score pretty much every game.  We would highly recommend drafting Azpilicueta in the mid-rounds of your draft this summer, as he’ll be a reliable player that will play every game for your Fantrax side.

Now here is where it’s a complete lottery.  If Kai Havertz signs for Chelsea, he’s going to be a top asset.  We’re not amazingly high on the German due to his age, experience, and the likelihood of an adjustment period being needed, but he’s still a Top 30 asset.  Summer signing Ziyech is in a similar position to Havertz for us.  He’s a player you’re certainly going to want to own, but don’t draft him too high.  He will need a little time to adjust and will be rotated.  Sticking with attacking assets, Giroud and Abraham have very little value for us at the moment, unless Lampard decides to play with two central strikers.  And we’re fairly low on Mount, even if Havertz doesn’t arrive.

In terms of the defenders, Ben Chilwell is their second best option after his move from Leicester.  The English left-back scores pretty well on Fantrax, and we would expect his numbers to be a little more consistent playing for one of the top sides in the Premier league.  Reece James is an interesting one, as he does score well on Fantrax, but is likely to now see his game time reduced with the arrival of Chilwell.  Azpilicueta had been filling in at left-back to accommodate James.  And finally, N’Golo Kante has seen his stock fall a considerable amount.  Pick him up towards the end of the draft, but he struggled with form and fitness last season.