August 15, 2020 by The Fantasy Football Chaps Leave a Comment   |  TheFFChaps 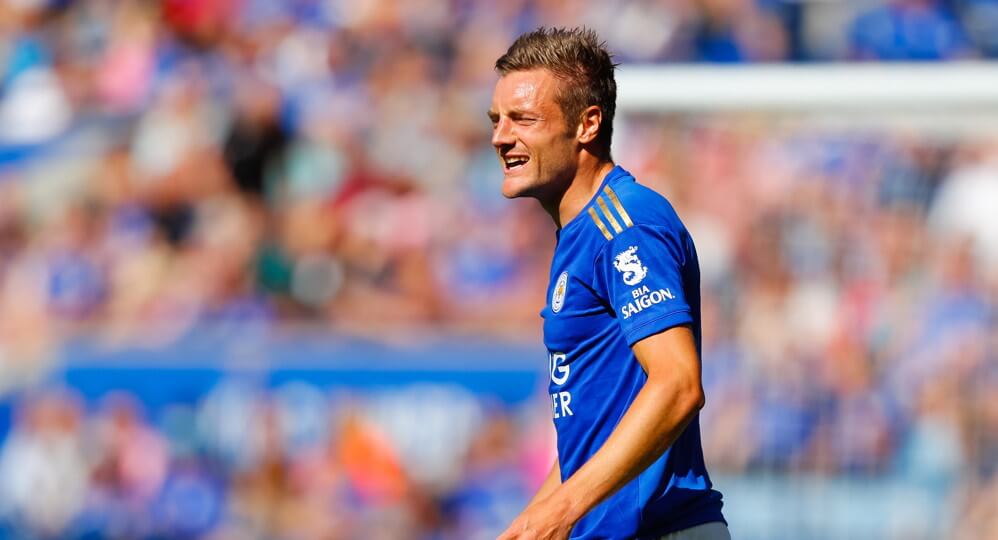 Our Leicester Team Preview takes an in-depth look at their prospects ahead of the new Draft Premier League season.  These hints and tips will provide essential information to enable you to get ahead in your Fantasy EPL competition during the pre-season!

Next up in our Premier League Team Preview’s is Brendan Rodgers’ Leicester side.  The Foxes had a terrific campaign last time around, and will be looking to break the Top 4 this season!

Leicester ultimately missed out on Champions League qualification, despite being in the Top 4 for most of the season.  The 19/20 campaign was their second-best ever, finishing in 5th place in the Premier League.  Even after losing inspirational captain Harry Maguire to Manchester United on the eve of the new season.  The Foxes produced some really strong performances, as well as some really strong Fantrax scores!  Jamies Vardy won the Golden Boot with 23 league goals and was the 9th highest scoring player in the whole of Fantrax.  James Maddison also performed really well during his 31 games, as did Ricardo Pereira during his 28 games.  Youri Tielemans, Ayoze Perez, Harvey Barnes, Ben Chilwell, and Caglar Soyuncu also did well at certain stages of the season.  The point we’re getting at here is that Leicester players struggled for consistency with their Fantasy EPL outlays!

We haven’t heard too much in the way of new arrivals so far this summer, with most of the talk being regarding players that may leave Leicester.  Ben Chilwell has now departed the club, joining Chelsea in a deal around the £50m mark.  Nicolas Tagliafico and Jamal Lewis are currently the biggest rumors in terms of a Chilwell replacement.  A £22m deal for Atalanta right back Timothy Castagne has apparently been agreed.  The Belgian can operate at left-back too, so he may be the Chilwell replacement.

James Tarkowski is a rumored new signing, as Leicester never did replace Harry Maguire.  However, we’re not sure if a new center-back is needed, with Evans and Soyuncu performing well last season.  Leicester has a talented group of players, and in our opinion, they need to find consistency from their existing players, rather than bringing in many new additions.  Dwight McNeil is also a rumored transfer target, which would add a consistent dimension to their left-hand side!

It’s looking good for Leicester this season in our opinion.  Brendan Rogers is building something here, and the more time he spends with these players, the better they will understand his philosophy.  This Leicester squad is brimming with talent from top to bottom.  Rogers needs to find some consistency in his team selection, and the players need to find consistency in their performances.  If they manage that, then a Top 4 finish this time around could certainly happen!  Vardy doesn’t show any signs of slowing down, and Maddison will be looking to bounce back after a disappointing second half of the season.  He’s still a top Fantrax asset in our eyes and is integral to everything that Leicester are doing.  If players like Harvey Barnes, Ayoze Perez, and even Demarai Gray can step up to the next level, The Foxes will be in for a really strong season.

Ricardo Pereira will be a huge miss for The Foxes at the stat of the season, as he looks set to miss out until around Christmas time.

For details of the current Leicester Set-Piece Takers, click here! 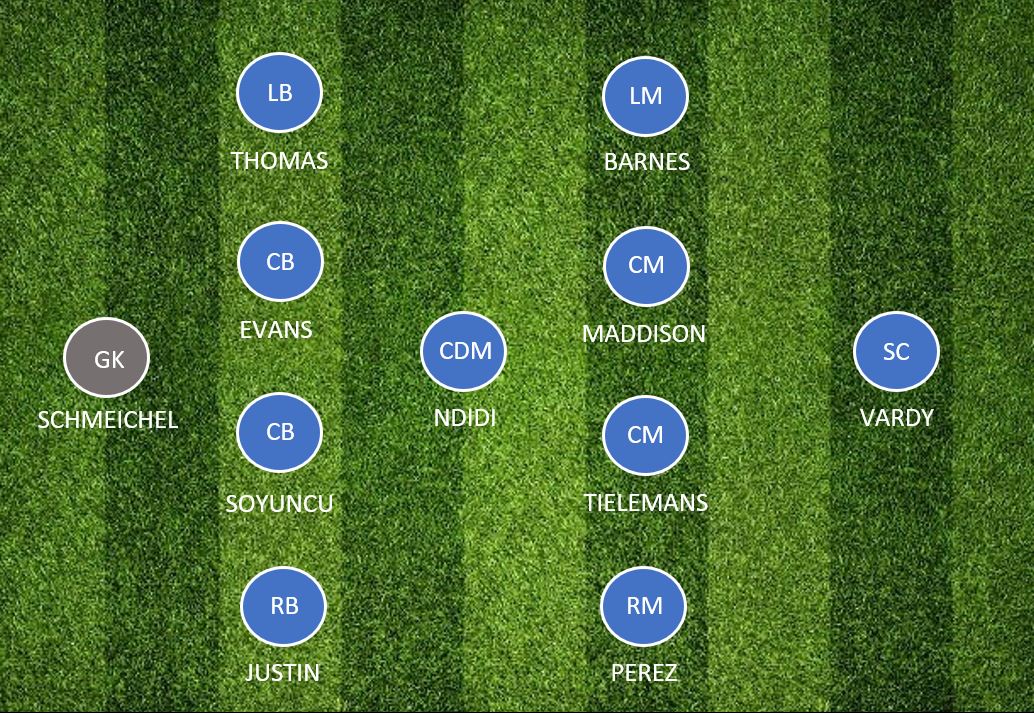 Despite ending the season as the 26th highest scoring player last season, we’re still backing James Maddison to be a Top 15, potentially even Top 10, player next season.  The English playmaker averaged over 12 points per game last year, and he would have easily breached the Top 15 last season if he hadn’t missed seven games through injury.  The former Norwich man is a really talented footballer, and the Fantrax Scoring System was built for players like him!  Maddison is on set-piece duty for Leicester, he controls the play and lays on chance after chance for his teammates.  A fair few people seem to be down on Maddison ahead of the new season, so you may be able to draft him at around the 20th pick in the draft; that would be a steal for us!

Next up is 33-year-old striker Jamie Vardy, fresh off his Golden Boot victory!  The Englishman continues to flourish in the Premier League despite nearing retirement age.  Last season Vardy scored 23 goals and provided seven assists, which earned him an overall Fantrax ranking of 8th.  Vardy is fairly goal dependent in Fantrax as he doesn’t excel in any of the peripheral statistics that are present in the Fantrax Scoring System.  However, that doesn’t matter too much when you find the back of the net as regularly as Vardy does.  Ahead of next season, we’re backing him as a Top 20 player who you should happily draft around the middle of the 2nd round.

Ricardo Pereira is a Fantrax beast.  The Portuguese right-back was the 10th highest scoring defender last season, despite only playing 28 games.  His points per game average of 12.21 was second only to Alexander-Arnold (for players featuring in 20 games or more).  Pereira provided the second most crosses for defenders, the third most tackles, the 11th most key passes, and the 14th most interceptions.  And those statistics are despite missing 10 games through injury!  These are the areas that he excels in, as well as gaining points for goals, assists, and clean sheets.  Pereira looks set to miss out through injury until Christmas time, however.  The right-back may return to the team before then, but after such a serious injury, we wouldn’t expect him to be consistently playing 90 minutes until December at the very earliest.  Take this into consideration with your Draft Rankings!

The biggest player to keep an eye on from the rest of the Leicester team is Harvey Barnes.  The English winger has so much potential, and always manages to reel us in before riding the bench for games on end.  Last season was a frustrating one to be an owner of Barnes.  We’re hoping that he finds greater consistency this season, and finally starts repaying the ever-faithful Fantasy EPL managers!  He has Top 50 overall player potential.  Sticking with the Leicester midfielders, Ayoze Perez is in the same boat as Barnes.  Although he has less potential.  If he nails down a position in the starting lineup, he’ll be a decent Fantrax asset next season.

Youri Tielemans is a really interesting player to mention here.  The Belgian midfielder was fairly poor for most of the season but came alive after the Premier League restart.  The reason for this?  With Maddison out injured, Tielemans was given the chance to take over as the creative force in the Leicester side.  We’re backing him to return to his average points scores once Maddison is back in the side.  Wilfred Ndidi will provide decent points scoring returns on a weekly basis, as ever.  The Nigerian is a Top 100 player, based on his high points floor based on his defensive midfield duties.