August 13, 2020 by The Fantasy Football Chaps Leave a Comment   |  TheFFChaps 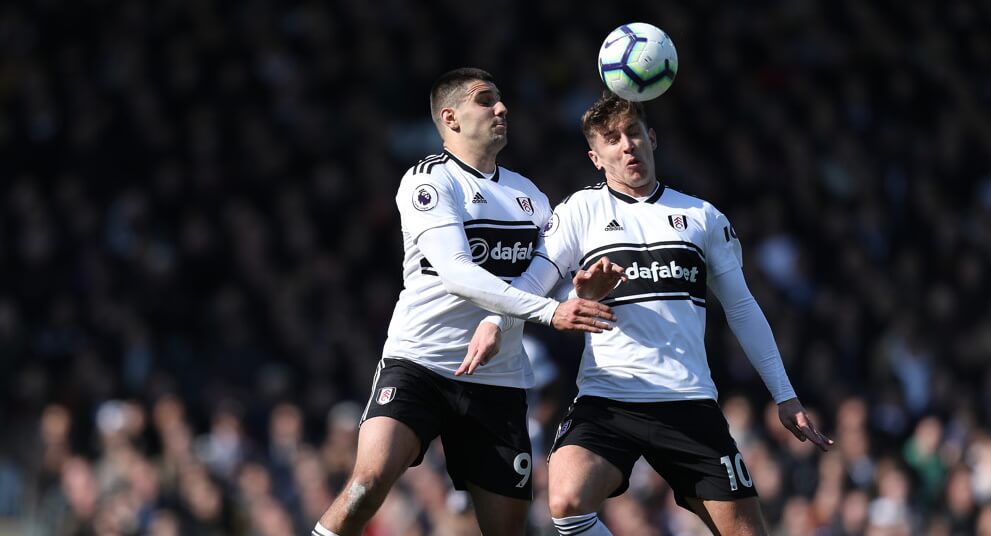 Our Fulham Team Preview takes an in-depth look at their prospects ahead of the new Draft Premier League season.  These hints and tips will provide essential information to enable you to get ahead in your Fantasy EPL competition during the pre-season!

Next up in our Premier League Team Preview’s is Scott Parker’s Fulham side.  The newly-promoted Cottagers will be looking to perform better than they did last time they were in the Premier League in the 18/19 season!

Fulham bounced back to the Premier League at the first time of asking, defeating Brentford in the Play-off final on 4th August.  The Cottagers secured their place in the end of season play-offs after a fourth-place finish during the regular season, which saw them finish just two points behind second-place West Bromwich Albion.  Apart from suffering three consecutive defeats at the start of December, Parker’s team was fairly consistent all season.  Fulham was always in the running for promotion, and anyone who backed them for an instant return to the Premier League would have been quietly confident all season long.

Fulham kept 17 clean sheets last season, with Tim Ream and Joe Bryan the most consistent performers in defense.  Aleksandar Mitrovic was the outstanding player in front of the goal, as he registered 26 goals during his 40 games.  The Serbian is a striker who is too good for the Championship, but potentially not good enough for the Premier League.  Time will tell on that one!  Bobby Decordova-Reid, Tom Cairney, and Ivan Cavaleiro were the other key contributors in terms of goals.

First things first, we’re desperately hoping that Fulham doesn’t repeat their performance in the transfer market last time they were promoted.  For those of you unaware, Fulham won promotion to the Premier League in the 17/18 season, but proceeded to buy a whole new team ahead of the new campaign!  They did purchase some really talented footballers for the most part, but they completely ruined the team spirit built during the promotion season.  The Cottagers subsequently performed poorly and finished in 19th position.  Fulham owner Shahid Khan has reportedly stated that he won’t make the same mistake again.

Antonee Robinson has arrived from Wigan, but the left-back will surely be a back-up to Joe Bryan for now.  Harrison Reed has joined on a permanent deal after a successful loan last season; the Southampton midfielder performed really well last season.  Mario Lemina has also joined from Southampton, this time on a season long loan deal.  Fulham do have Andre-Frank Zambo Anguissa and Jean Michael Seri returning to the club after their own loan spells at Villarreal and Galatasaray respectively, but it looks as though they may now be surplus to requirements.

We don’t think this season will be a successful one for Fulham, as we’re predicting them to get relegated once again.  The current squad doesn’t have enough quality to survive in the Premier League, and if there is an influx of new players like last time they were promoted, it will take them time to adjust.  Perhaps if The Cottagers signed players with Premier League experience it would be a different story.  However, in any case, we’re expecting Fulham to go straight back down to the Championship.  Mitrovic is their big player and is worth drafting in the first five or six rounds.  Other than that, there isn’t much to note in this Fulham Team Preview!  Most of their assets will be streaming options that will provide Fantrax managers with decent returns at certain points of the season.

For details of the current Fulham Set-Piece Takers, click here! 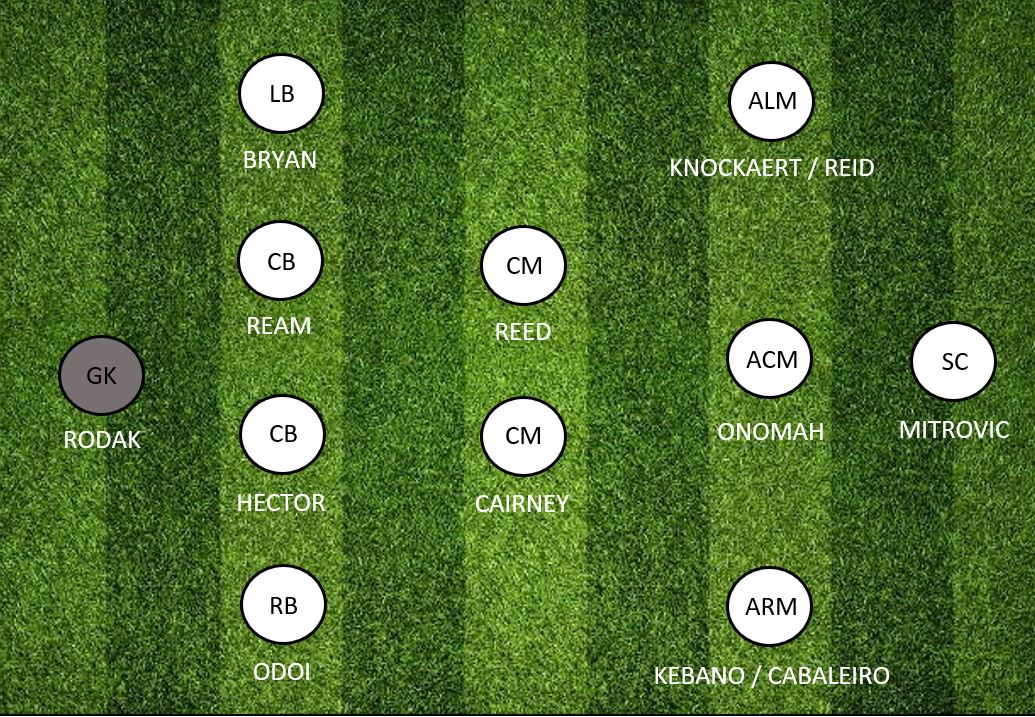 The highest scoring Fulham player just has to be Aleksandar Mitrovic.  The Serbian striker scored 26 goals last season, as well as providing three assists.  As stated above, he’s potentially one of these players who are too good for the Championship, but not good enough for the Premier League.  This season is his chance to show that he is indeed good enough!  Mitrovic is 25 years old and will soon be entering the prime of his career.  There is also another reason why we’re backing Mitrovic here; he was the 28th highest overall points scorer on Fantrax during the 18/19 season!  Despite Fulham getting relegated, he averaged over 10 points per game.  Its also worth noting that the Serbian striker loves a yellow card, for which you receive -3 points for in the Fantrax Scoring System.  We’re not sure where Mitrovic will end up in our Draft Rankings at the moment, but there’s potential here for a Top 50 player next season.

Next up is left-back Joe Bryan.  And no, we’re not backing him because he scored twice in the Play-off Final!  We’re backing Bryan firstly because he performed really well at times during the 18/19 Premier League season, after signing from Bristol City.  Due to the chaotic scenes at the club, it took Bryan a while to establish himself in the side.  His points per game total of 5.25 points is not a true reflection of his performances during the second half of the season.  Bryan was a player often tipped in our low ownership articles!  The second reason we’re backing Bryan is that during the 19/20 season the Englishman really established himself in the Fulham side, and is hitting really strong form as he enters his late 20s.  Bryan scored three goals last season, provided seven assists, and also takes his fair share of set pieces.  The Fulham defender is a player to take a punt on towards the end of your draft.

Our third player to highlight is inspirational midfielder, Tom Cairney.  The Scotsman, like Byran, had a poor points per game score from the 18/19 season.  Cairney averaged just 5.55 points per game.  But we’re happy to ignore that statistic for now, as Fulham’s season was a mess that time around, and Cairney wasn’t even starting every game.  We’re hoping things are different this season.  In the Championship last year, Cairney produced eight goals, three assists, and averaged just under two key passes per game.  The midfield man may be on set-piece duty too.  This is a player to keep in your back pocket and add to your roster if you’re in need of a midfielder who’s guaranteed to start every game, and could score decent points at certain times during the season.

This depends completely on the signings that Fulham make prior to the transfer window closing.  At the moment, there are a fair few players who could perform well at times during the season, but no players that we really fancy to do consistently well.  Anguissa, Cavaleiro, Onomah, Kebano, and Knockaert are all players to keep an eye on during the first few games of the season.  Kebano is our favorite player out of these chaps for now.  The DR Congo winger established himself in the side towards the end of the season, and is a great punt towards the end of the draft!

For a more detailed analysis of the prospects of Fulham players, as well as Leeds and West Brom, head over to drafterthoughts.net for a comprehensive breakdown by @drafterthoughts!