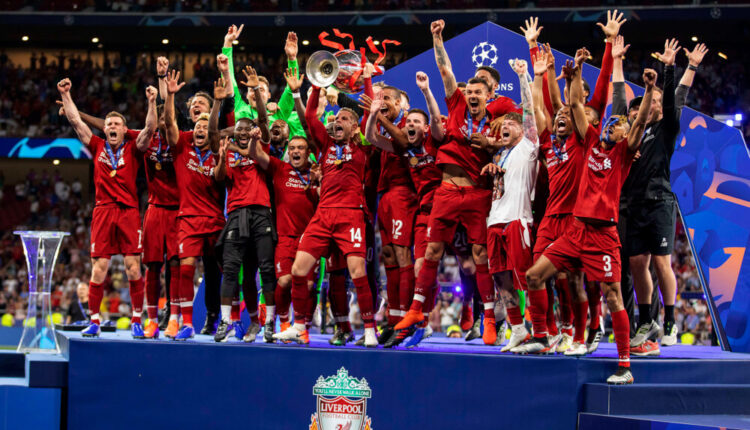 Our Liverpool Team Preview takes an in-depth look at their prospects ahead of the new Draft Premier League season.  These hints and tips will provide essential information to enable you to get ahead in your Fantasy EPL competition during the pre-season!

The Reds are back to defend their title in 2020/21! And, for the most part, it’s a copy/paste team from 2019/20 for Klopp’s men. An off-season that many predicted would bring the departure of Salah or Mane (or both) to Spain has yet failed to produce any major moves in or out for Liverpool. So, for fantasy managers, it’s mostly business as usual at Anfield, which can be pretty refreshing when other teams make major moves that mix up their predicted XI and leave us guessing at the manager’s intentions. With some minor changes, we expect Klopp to stick with a similar game plan… you know, the same game plan that delivered Liverpool the UCL trophy in 2019 and their first PL trophy ever in 2020.

To those who are just now finding out about this sport called “football” and this league they call the “Premier League,” I suppose I should inform you that Liverpool had a remarkable 2019/20 season, blowing away their closest competition by a ridiculous margin in the final league table. Manchester United, who finished 3rd, were closer (points-wise) to getting relegated than they were to catching Liverpool for the title. Now, to everyone else who paid one iota of attention last year, welcome back to the conversation. We all know what an important year it was for the team and for Liverpool fans. And success on the pitch brought success in the draft Premier League realm as well, as 3 Liverpool players finished top 5 in overall points, with 3 more finishing top 25. Fantasy managers expect much of the same this season, as they should.

Liverpool has added some depth prior to the start of next season, as well as shipping off some bit-players in search of greener pastures. However, none of these transfers (so far) should change the overall dynamic of the team or shake up the starting XI much. Adam Lallana departed in hopes of more minutes at Brighton. Meanwhile, the Reds brought in Kostas Tsimikas at LB, purely as a depth signing. There’s also heavy talk of Thiago Alcantara signing for the club from Bayern. However, many are wondering where he’d slot in and positing that he would likely end up playing few league matches, potentially featuring in cup ties. The main news, as already mentioned, is purely the retention of the team’s top attacking play-makers to the delight of fans and draft Premier League managers alike.

Any team preview, even for Liverpool, would be incomplete without a touch of drama. So, buckle up, because here comes the bombshell: ROTATION! That’s right. I expect Liverpool to rotate more this season. As we saw during the restart, I expect Keita and Wijnaldum to continue to split minutes. I even expect Fabinho to sit once every three or four games. I promised you drama. And there it was!

Realistically, though, I don’t foresee any major changes to this starting XI, save for important Champion’s League matches and during the holiday season. Klopp and the Liverpool players will have another league title in their cross-hairs, and will also hope to challenge for the UCL trophy. If they fail to deliver on one of those two goals, this squad will see the 2020/21 season as a missed opportunity. Don’t expect them to lose focus or intensity any time soon. Klopp will march out his best XI, save for a few tactical occasions. Draft Liverpool players early and with confidence.

For details of the current Liverpool Set-Piece Takers, click here! 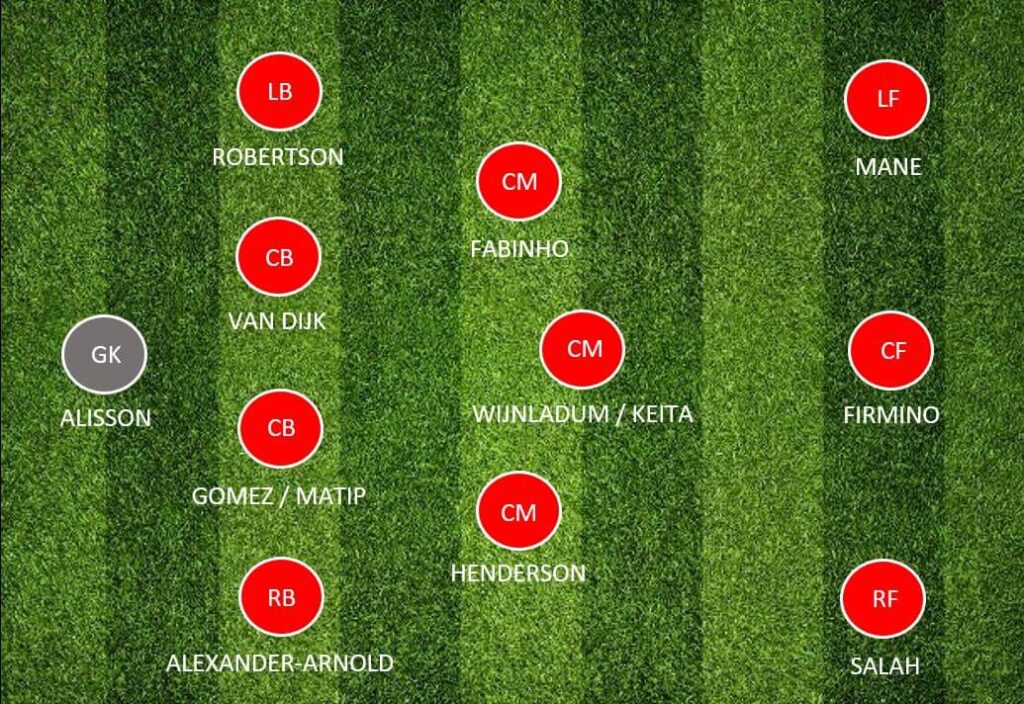 The Liverpool FWDs were fantasy studs last year (and the year prior). They saw very little rotation and delivered returns for draft Premier League fantasy managers (with Firmino being the occasional exception). However, this year I do expect Klopp to understand that using a squad as shallow as last year’s title-winning XI is probably tempting fate. Liverpool lucked out last season, as they avoided lengthy injuries to their key men. However, the aforementioned depth signings and youth squad probably mean that the likes of Mane, Salah, and Firmino sit out the occasional game and are subbed off fairly often.

As mentioned in the team preview, Liverpool fans and fantasy managers alike breathed a sigh of relief when Mane stayed at the club. Though the transfer window is still ajar, he looks to have planted his flag for now. So, with that expectation, fantasy managers are assuming he picks up where he left off. I’m backing him to (basically) repeat his performance from last year, with possibly a minor step back. As I mentioned, Klopp will likely need to manage minutes more than last season. Don’t get me wrong, though. I do not believe that Mane’s spot is in danger… far from it.  All this is simply to say that I expect an ever-so-slight regression from Mane. But, he should still satisfy managers taking him in the first round.

Is it a cop-out to say “see above”? Yeah, it is? Ok, well, then suffice to say that I see a similar story this season for Salah as I do for Mane. Klopp knows that these players will likely eventually seek out ultimate fortune and fame with the world’s richest clubs. To minimize injuries, to groom the next wave of talent, and to utilize his top XI in the UCL, he will have to rotate. I think we’ll continue to see him subbed off after LIV has done the business and Salah has a goal to his name. In that respect, it shouldn’t hurt your fantasy team much. However, as mentioned for Mane, I think Klopp will take the opportunity to rest his stars when facing lower-level opponents. So, that could potentially mean lower scores for Liverpool attackers, but only by a hair.

Allow me to keep this short. TAA is a world-class talent. He is one of the best crossers of the football in the game today. Plus, he benefits from defensive stats like clean sheets. He’s in a tier by himself as defenders go. However, last year was insane, even by his standards. You can’t have a record-setting year every year. As seems to be the refrain for this article, I see a bit of a regression for him. Again, this is nothing to be concerned about. You’re drafting him in the first round and you’re ecstatic about it. But don’t be surprised if he finishes 8th or 10th overall this year instead of second. He’s still an elite draft Premier League fantasy asset.

Naby Keita: Fantasy managers were left wanting after Keita’s first season with the club. Despite high expectations, he flopped a bit. And he spent much of last season on the trainer’s table. But if you look at the games he started last year, he showed his potential as a fantasy asset. In games that he played 60 mins or more, his average score was above 8 points per match. If he can find a way into the XI on a regular basis, he could provide sneaky late-round value. And keep an eye on the transfer news, because Wijnaldum is apparently for sale. If Gini moves, Keita becomes a real value and a legitimate starter.