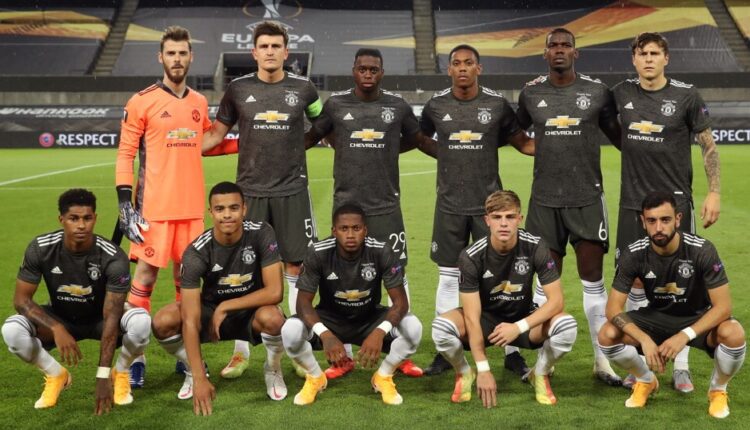 Our Manchester United Team Preview takes an in-depth look at their prospects ahead of the new Draft Premier League season.  These hints and tips will provide essential information to enable you to get ahead in your Fantasy EPL competition during the pre-season!

Next up in our Premier League Team Preview’s is Ole Solskjaer’s Manchester United side.  The Red Devils will be looking to hopefully put in a challenge for the EPL title this season.

United had a poor first half to the season, but the signing of Bruno Fernandes helped them turn a corner. In the end, they managed to secure qualification for UCL. The return of Paul Pogba to the XI proved valuable with him and Fernandes making the attack click. United was undefeated after the EPL restart scoring 22 goals in the process. De Gea provided some nerve-wracking performances for the fans, but the United defense looked improved as well keeping 5 clean sheets in the last 9 games.

The heavy rumors continue to link Manchester United to Jadon Sancho. Sancho would probably lock down the RW position in United’s 4-3-3 lineup and would be a superstar signing they need. There are also rumors linking them to a new CB and a new CDM. This would put the likes of Lindelof and Matic at risk of losing their places in the XI. The likes of Koulibaly and van de Beek have all been linked to United in recent weeks. The van de Beek signing looks to be going ahead, with the Ajax midfielder rumored to have already completed his medical.

The best-case scenario for United is that Sancho signs over the next week, allowing them to use the remaining funds for other targets. Decisions must also be made on fringe players such as Dalot, Lingard, Pereira, and Bailly. While Smalling will be waiting on his future after returning from his loan spell at Roma. It is likely United will sell most of these players to improve the strength of their squad depth as they try to compete in multiple competitions this season. There are small rumors linking United to another creative midfielder to help Bruno in the middle of the park. The biggest name thrown out there is Jack Grealish. Aston Villa avoiding relegation would put this transfer in serious doubt, so I would take any links with a grain of salt for now.

Manchester United will look to continue on their strong finish last season, and hopefully close the gap on Liverpool and Manchester City. What we saw near the end of last season is the lack of trust by Ole in his squad depth. This could be a problem for United if an injury comes to one of their key men. The core of United will be able to do some damage in the EPL provided they do not suffer from any fatigue. With Ole looking to bring in another CB to help the defense, and a potential star attacker coming in, this United team could put some pressure on the defending champions.

The points fantasy-wise will come in mainly the attacking area of the pitch. Bruno, Rashford, Martial, Greenwood, and Pogba will all provide top-end points on their days. Defensively the likes of Maguire and Wan-Bissaka should provide decent value especially if the clean sheets improve. I would back United to play similar to how they closed out the season. Trying to outscore the opposition and bully the lower table teams to improve their goal difference.

The Manchester United XI should pretty much pick themselves if no new signings come in. There could perhaps be a changing of the guard where McTominay eventually replaces Matic over the next few months. As well if Bailly is able to stay off the injury list, we could see him pressure Lindelof for a spot in the XI. If Sancho signs with United, Martial, and Rashford could both see 5-7 games on the bench where Greenwood would come in. After his incredible finish to this season, Ole will not want to leave him wasting away on the bench. Brandon Williams will start the season at LB with Luke Shaw’s injury more serious than initially thought. If he has a good run he could potentially keep Luke Shaw on the bench for the majority of the season. 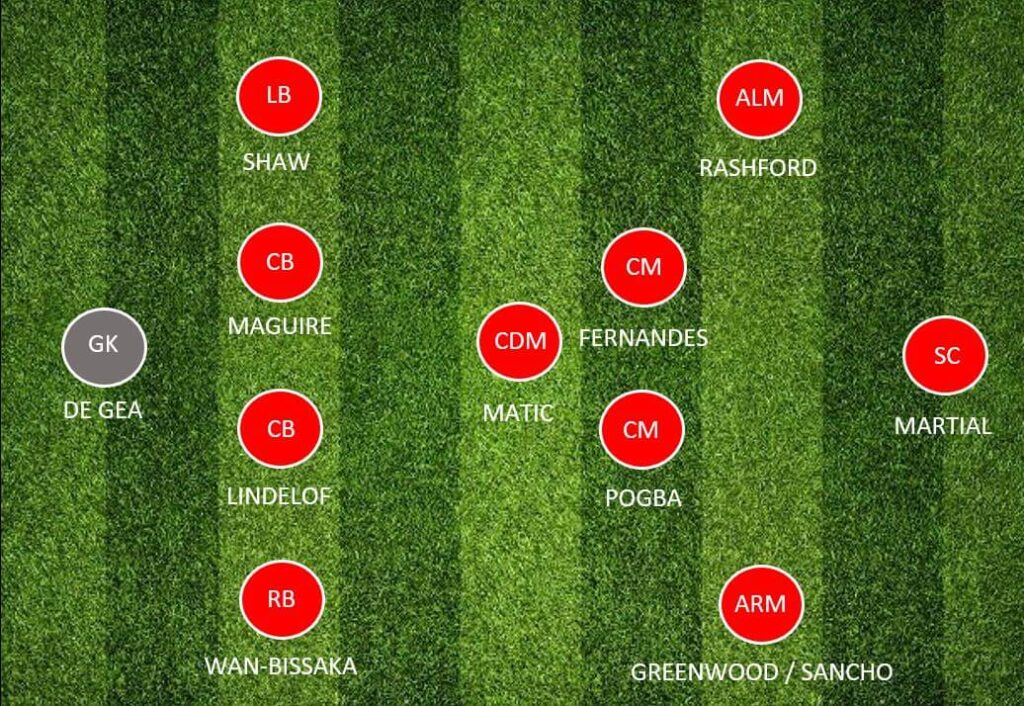 Bruno Fernandes is the obvious choice for the top scorer. Fernandes will most likely be a top 3 draft pick this summer after his incredible run since signing in January. He managed eight goals and seven assists in 14 starts with a PPM of 18.29. He could easily finish the season as the #2 overall player after De Bruyne. Fernandes will continue to control set pieces including penalty kicks giving him that added boost. Fernandes has the potential to improve even more after having a few months to get accustomed to the EPL and get more acquainted with playing on Manchester United.

Fan-favorite Marcus Rashford should be set for another great season after being United’s top fantasy scorer this season. He finished with a PPM of 13.66 and is surely a Round 1 draft pick. Although Rashford showed some inconsistency after the EPL restart, I am backing him to provide FWD1 value and potentially be a Top 10 player. Rashford will be looking to improve on his 17 goals and challenge for the golden boot this season, especially if United want to mount a serious title run. The United forward doesn’t rack up a ton of ghost points, but usually has a decent floor of 5-7 with dribbles, key passes, and of course plenty of shots.

Anthony Martial was on fire to finish off the EPL season averaging 16.17 PPM over the last 9 matches. While I don’t think Martial will be anywhere near that number for next season I still expect him to provide great FWD2 value. He is someone I would look to grab in the third round and hope he hits his form early in the season. Martial is a very streaky player and will have patches where he could go without a goal for almost 10 games, and cause managers frustration. Since Bruno has arrived though, Martial’s form has been incredible and I would expect him to come close to his 17 goal tally again next season.

Brandon Williams is someone that will drop to the very late rounds of drafts this summer. Ole has already shown us that he trusts the youngster to start in big games, and this could be his year to lock down a role in the XI. I expect the United defense as a whole to improve next season, and someone like Williams could provide great value. Shaw is already injury prone and has patches of very poor form. Williams has impressed on almost every single start, and there is no reason why Ole won’t give him a chance.

Mason Greenwood will cause managers a lot of confusion, especially if Sancho signs. If United fail to capture Sancho I would expect Greenwood to rival Martial and Rashford for the #2 scorer on Manchester United. The big question is where should Greenwood be drafted? Without the signature of Sancho or another world-class winger I would be happy to take Greenwood around the 5th or 6th round. If Sancho comes I expect him to fall to rounds 8-10 due to the fear of him not seeing more than 10 starts. Regardless it is still worth taking a punt on Greenwood especially if there is an injury to the front 3 or a massive dip in form from Rashford or Martial.

The likes of Maguire and Wan-Bissaka could provide sneaky value depending where they fall in drafts. Maguire is a DEF1 who should be taken in the first 6 rounds, with Wan-Bissaka close behind in rounds 7-9. Both provide attacking threat as well as a respectable floor with their defensive stats. Paul Pogba is another to watch, he had a mixed return to the side from a fantasy perspective. His ghost points disappeared in the last three matches and struggled for any real offensive output. I would look to grab him in the late first to early second round and hope he ends the season at around 12 PPM.