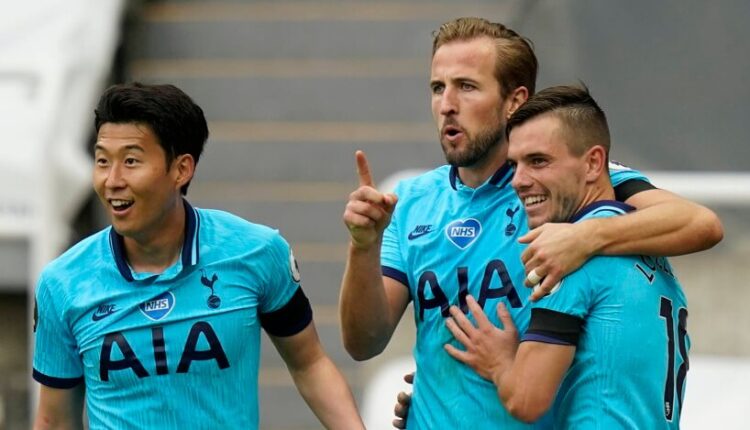 Our Tottenham Team Preview takes an in-depth look at their prospects ahead of the new Draft Premier League season.  These hints and tips will provide essential information to enable you to get ahead in your Fantasy EPL competition during the pre-season!

Next up in our Premier League Team Preview’s is Jose Mourinho’s Tottenham side.  The Lilywhites will be looking to bounce back after a somewhat disappointing season in 19/20!

Tottenham was very inconsistent as a team last season and will be looking to push for a top-four spot this campaign. Mourinho replacing Pochettino surely caused some of the inconsistency with a new manager and tactics being instilled. The likes of Harry Kane, Son, and Dele all faced lengthy spells on the sidelines, and Dele especially never really found his feet once he was fully fit. The defensive mindset Mourinho is known for only started to show in the last few weeks of the season, but it was a good sign going into next season.

Tottenham have already made one big signing in the form of Pierre-Emile Hojbjerg. Hojbjerg comes in and should lock down the CDM role over Dier and Winks. Hojbjerg was a consistent fantasy asset last season, and I would expect him to continue that or even improve with a better squad. There have been rumors of Serge Aurier leaving the club, in which case I would expect a new right-back to come in with Tanganga providing cover. There are also rumors of a center-back signing to strengthen the backline and a new left-back to provide competition for Ben Davies. While most of the signings for Spurs look defensive, they could lead to a better offensive output as well.  Joe Hart has arrived on a free transfer from Burnley, and will serve as a back-up goalkeeper.

Elsewhere, Tottenham have moved to bring in Wolves right-back Matt Doherty in a bargain £15m move.  The Irishman is now an established Premier League player, and will provide a really good outlet for Mourinho’s side.

Tottenham will be looking to start the season off strong but will need to settle on their best XI first. Defensively I expect Spurs to improve, giving the already Fantrax star Serge Aurier an added boost of a few extra clean sheets. Tottenham didn’t score a lot of goals under Mourinho and at times struggled to break down teams. Adding Lo Celso into the XI helped that a bit, and I expect him to make a big impact this season. Spurs have the quality and some depth to challenge for a top 4 finish, but I do predict they fall just short.

For details of the current Tottenham Set-Piece Takers, click here! 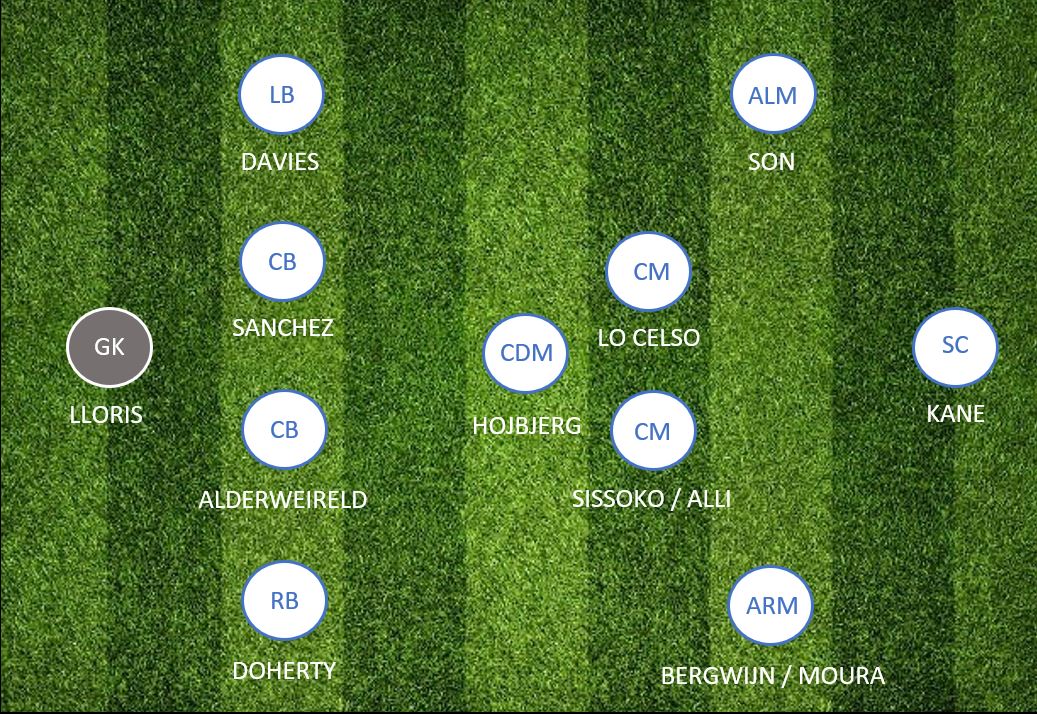 Son Heung-Min averaged 13.37 PPM last season and showed signs of improvement under Mourinho, I do expect that trend to continue. Son should be Spurs best fantasy asset this season and could improve on his 12 goals and 10 assists. The Spurs winger adds in a lot of ghost points with dribbles and key passes sharing some set-pieces with Lo Celso. There have even been games where Son has taken more shots than Harry Kane, showing Mourinho will give him the license to shoot. Son will probably go in the first round between picks 7-10 and should be the first Spurs player drafted.

Harry Kane has become super goal dependent, and in a form that awards ghost points that hurts his value. While Kane could contend for the golden boot I doubt he will outscore Son this season. Kane also has a poor injury record with his ankle being the prime suspect, and I would expect him to miss at least 5-10 games in usual Harry Kane fashion. The Spurs striker should be drafted early in the second round between picks 13-17. While he did hit form near the end of last season, he put up poor counting stats, most recently scoring 10.5 points with a goal vs. Crystal Palace.

I am backing a new favorite of Mourinho to be among the Spurs top scorers: Lo Celso. The Argentinean was given the freedom to be the CAM for Spurs and took control of the majority of set pieces. After a full preseason with Mourinho and his teammates, I would expect him to have a much stronger 2nd season in the EPL. Mourinho has shown he is not afraid to bench the big name of Dele Alli, and could even drop him to a deeper role, hurting his value. Lo Celso will be the primary benefactor of this, and with his form near the end of the season, I wouldn’t be surprised to see him start the season over Dele Alli as opposed to with him. Lo Celso could go as early as round 5 in drafts this summer, but he is someone worth grabbing for his upside.

Matt Doherty is a player that also deserves an extended write-up.  The Irish right wing-back continues to perform to the highest level in Fantrax, and was the 13th highest scoring player last season.  Doherty scored four goals, and provided eight assists last term; its of no surprise to anyone that he excels in an attacking sense.  The now Tottenham right-back also excels in the air, as he was the 7th highest scoring defender in the aerial wins scoring category last season!  Another player who could benefit is Tanganga. While Davies may start the season, Tanganga or a new signing could bench him after a month or two. As a whole, I would look to gamble on someone from the Spurs backline in drafts this summer, especially in the last three rounds.

Midfielders Dele Alli and Pierre-Emile Hojbjerg will be looking to make a name for themselves this season for different reasons. Dele needs to do everything possible to win his spot back in the XI, especially ahead of the European Championships next summer. I would look to take a risk on Dele in round 6-7 of drafts due to his upside. He has had two seasons in a row of under 10 PPM, but hopefully will break that trend. Hojbjerg will look to lock down that CDM role and could prove to be a solid MID4 value. I would expect him to score similar or better than the likes of Ndidi and Declan Rice next season.

Lucas Moura and Steven Bergwijin will battle it out for the RW role in the front three. I personally expect Bergwijin to lock down that role, with Moura filling in when needed for anyone across the front three. Bergwijin has the high upside of a FWD2 and could slip through the cracks in drafts this summer. I would look to draft him before Lucas Moura in round 6-8 and hope Mourinho gives him a chance to make that role his own.