August 5, 2020 by The Fantasy Football Chaps Leave a Comment   |  TheFFChaps 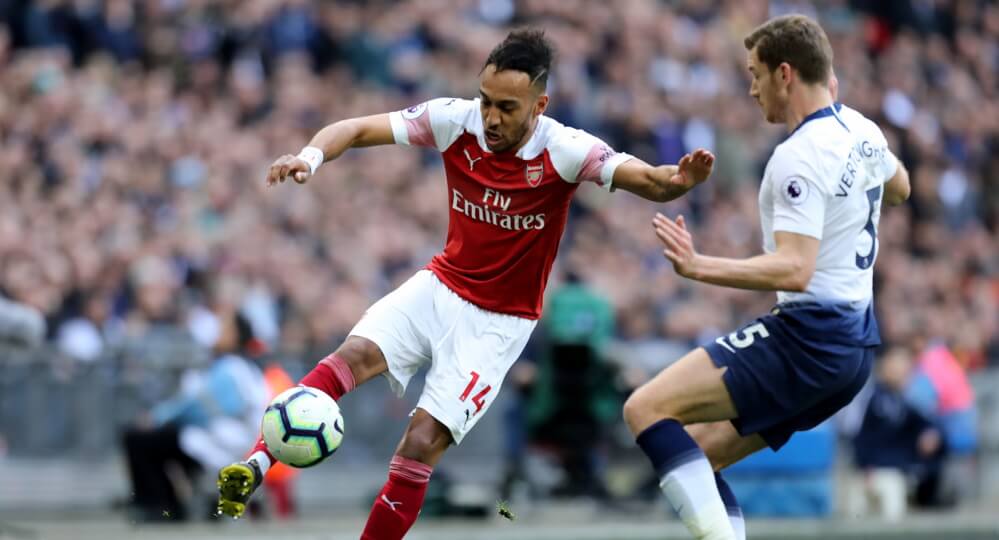 Our Arsenal Team Preview takes an in-depth look at their prospects ahead of the new Draft Premier League season.  These hints and tips will provide essential information to enable you to get ahead in your Fantasy EPL competition during the pre-season!

First up in our Premier League Team Preview’s is Mikel Arteta’s Arsenal side.  The Gunners will be looking to bounce back after another disappointing Premier League campaign, although it did end with winning the FA Cup!

Arsenal finished the season in a disappointing eighth place in the Premier League, as both Leicester and Wolves finished ahead of them, along with North London rival Tottenham.  Unai Emery was shown the door in December 2019 and was replaced by former Arsenal player, and at the time Manchester City assistant manager, Mikel Arteta.  The Spaniard played 150 games for The Gunners over a period of five seasons and has been assisting countryman Pep Guardiola for the last three years.  On paper, it was a good appointment from Arsenal, and we’re quietly confident Arteta will be able to turn things around if he’s given enough time and patience at the helm.  Arsenal will be looking to build on results such as the back-to-back victories over Liverpool and Manchester City back in July, rather than the 1-0 defeat to Aston Villa that followed these two results!  Arteta did lead Arsenal to an FA Cup win, and their first major trophy since 2017, so there is certainly potential there.

Arsenal are having a pretty active transfer window so far!  Defensive recruits are always needed at Arsenal, as they have an ever-growing amount of defenders that just aren’t up to the task.  William Saliba will be joining the club full-time after he was loaned back to Saint-Etienne last season.  The Frenchman is only 19 years-old though, so Gabriel Magalhaes has also joined the club from Lille.  He’s a highly sought after defender!  Mustafi, Luiz, Sokratis, and probably Holding too, just aren’t good enough.  Mustafi scores well on Fantrax, but he isn’t actually a very good footballer!

Arsenal has been heavily linked with Athletico Madrid midfielder Thomas Partey, who will add some much-needed steel to the central areas if he signs.  The Gunners will also be hopeful of bringing Dani Ceballos back to the club after he impressed during the Premier League restart.  In the attacking areas, Arsenal have now tied down Aubameyang to a new contract and need to continue to develop young players such as Saka and Martinelli.  Chelsea forward Willian has arrived on a free transfer, which is actually a huge deal for the club.  The Brazilian is a proven Premier League player, and will add a lot of firepower to the front-line.  This may mean that Lacazette is on the way out.  Ainsley Maitland-Niles did look set to leave for Wolves, but apparently he’s now staying at the club.

Arsenal will be in for another season struggling behind their historic Top Six rivals.  Mikel Arteta is showing signs of improving his side and has picked up some impressive wins during his short tenure at the club so far.  However, Arsenal needs to do a lot of work in the transfer market, as well as in their mentality.  The Gunners have lots of good young prospects coming through, but they also have a lot of senior players on big wages who don’t fit in with Arteta’s philosophy.  The season is likely to be another average one by Arsenal’s standard, but hopefully Arteta will be able to align the squad further to his way of thinking and continue to develop the young and exciting talent present in the squad.

For Fantrax managers, there’s unlikely to be many Arsenal players that break into the Top 100 points scorers come the end of next season, unfortunately!

For details of the current Arsenal Set-Piece Takers, click here! 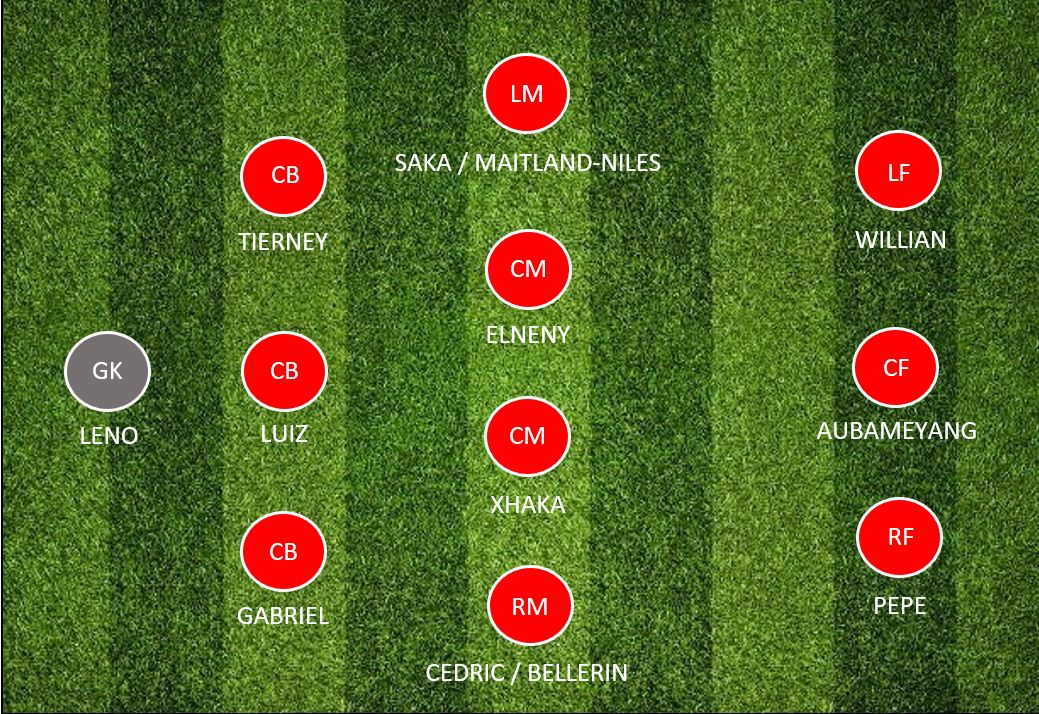 Last season Pierre-Emerick Aubameyang was the 17th highest scoring player in the whole of Fantrax, but we’re personally not big fans of owning him.  The Gabon international is obviously an incredibly talented footballer, who Arsenal should do everything in their power to keep hold of.  However, here’s the thing.  The intelligent Fantrax Scoring System rewards players for positive contributions to matches.  Most of Aubameyang’s positive contributions are goals (22 last season) and assists (5 last season).  These are great numbers, but it means that he’s very dependent on attacking returns.  If he scores or assists he’ll bag you a double-figure haul.  If he blanks he’s likely to score you below 5 points.

Aubameyang needs to provide more contributions than just attacking returns in order to be an elite-level player that we would draft in the Top 10.  The Arsenal man is a Top 20 player due to his goal-scoring ability.  But he shouldn’t be drafted in the first round, and potentially not until the end of the second round.

Nicolas Pepe had a fairly poor and inconsistent debut season in the Premier League.  The £70m signing from Lille is obviously very talented, and even managed to finish the season as Arsenal’s second-highest scoring player on Fantrax.  However, at many points during the season Pepe was being kept out of the side by youngsters such as Saka, Nelson, and Martinelli.  No disrespect to those undoubtedly talented players, but you would expect a player the club bought for such a big fee would be able to cement a place in the side!  We’re still backing Pepe to perform well this season, and perform to the level of a potentially Top 40 player.  Now that he’s settled into life in London, and is used to the Premier League style, he’ll be able to build upon his performances last year.  The Ivory Coast winger ranked 8th overall for successful dribbles and 33rd overall for key passes.  There is certainly potential there!

However, with Willian now joining Arsenal from London rivals Chelsea, this does dent the prospects of Pepe somewhat.  The Brazilian forward was the 7th highest scoring player on Fantrax last season!!  We don’t think he’ll live up to that record this season, but he’s certainly a Top 25/30 player this season.  Willian is likely to hit the ground running at Arsenal, and we would expect him to establish himself in the starting eleven fairly quickly!  Lacazette could be the one to miss out.

The final player to note here is a difficult one, as Arsenal have had very limited top tier Fantrax assets in recent years.  Last season they only had four players break the 200 overall points mark!  However, we’re backing Kieran Tierney to be their third-highest scoring player.  The Scotsman had an injury-ravaged first campaign with The Gunners but started to show some really decent form after the Premier League restart.  If Tierney can remain fit, he has the potential to turn into a Fantrax player in the mold of Benjamin Mendy or Marcos Alonso.  Potentially even rivaling the likes of Andrew Roberton or Matt Doherty!

Dani Ceballos and Thomas Partey are obvious candidates for the ‘Ones to Watch’ category.  If they line up for The Gunners next season, they have the potential to outscore most of their team mates.  They will both be solid midfielders to draft in the mid-rounds.  Elsewhere, Shkodran Mustafi is always one to keep an eye on.  If he’s starting for Arsenal, then he’s a player you’re going to want to own!  The German scores really well on Fantrax, but is currently out injured.

A trio of youngsters certainly fit into this category too.  Bukayo Saka, Gabriel Martinelli, and Eddie Nketiah have a real chance of establishing themselves in the Arsenal starting eleven next season.  They all enjoyed a run in the side at certain times this season, and Saka was particularly impressive when he was given a chance to perform!