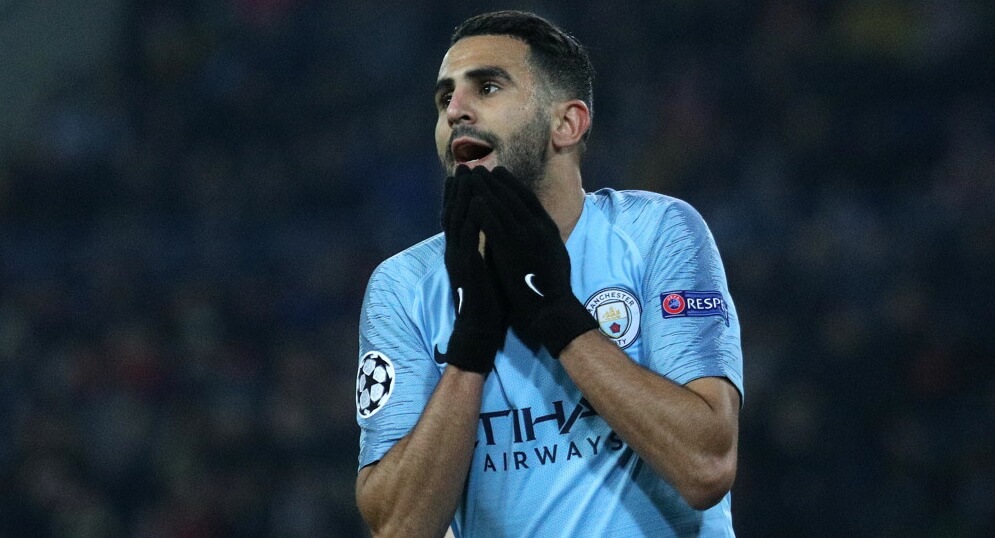 We’ve made some important changes to the default player positions ahead of the new Fantasy EPL season on Fantrax!  These players have been moved due to their previous default position now being out of date.  See below for all the details!

Now that the new EPL season has launched, we thought we would detail the changes that have been made to the default player positions.  These changes have been made based on the positional statistics we received from Opta throughout last season.  These positional statistics are the ones viewable on the profile of each player under the ‘Games per Position’ header, and were used as the main data source for  reclassifications.

Players whose positional changes would have had a highly subjective nature to them have not changed. Wing-backs are still classed as defenders by their default positional classification on the Fantrax platform.

The biggest player that has been impacted by these position changes is undoubtedly Riyad Mahrez.  The Algerian winger has been classified as a midfielder for the last few seasons on Fantrax, despite the fact that Opta classifies him as a forward on their match-day statistics.  Last season Mahrez officially played 31 games as a forward, and just two as a midfielder.  Wolves’ Diogo Jota has also been moved from a midfielder to a forward, as he played 28 games as a forward last season.  Youngsters Keinan Davis and Anthony Gordon have also been changed from midfielders to forwards.

Michael Antonio has not been reclassified to a forward for the following reasons.  It remains to be seen if Antonio will play as a central striker consistently during the new season, with Sebastian Haller back from injury and West Ham in the market for a new striker.  Secondly, we didn’t want to weaken the midfield pool further, as Mahrez and Jota have made the move to forward.

To counter Mahrez and Jota moving to forwards, and to provide a little more balance between the positions on Fantrax, four key players have moved from forwards to midfielders.  Dwight McNeil, Jarrod Bowen, Allan Saint-Maximin, and Wilfried Zaha are now classified as midfielders.  These players played the majority of their games last season in midfield, and have therefore been reclassified.  All of these players have the potential to perform really well in the new season and will add some much-needed depth to the pool of midfielders for the new Fantasy EPL season.

Ayoze Perez, Theo Walcott, Bukayo Saka, Xherdan Shaqiri, John Lundstram, and Jeffrey Schlupp have also been reclassified as midfielders ahead of the new season on Fantrax.

There are also four players who have moved from midfielders to defenders.  Oleksandr Zinchenko and Fernandinho from Manchester City have been moved to defenders, after featuring in this position for most of last season.  Romain Saiss has also been reclassified as a defender, and will now benefit from Wolves clean sheets, as well as the additional increase in points, scored for aerials won.  Eric Dier has been moved to a defender, after featuring in this position throughout the EPL restart in June and July.  He looks set to continue in this position for the new season.