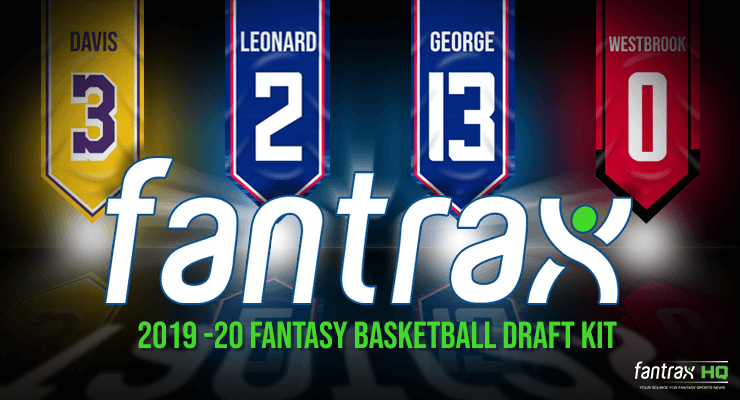 It seems like just a few weeks ago the Toronto Raptors won their first NBA title. Then, of course, you have probably the busiest and craziest offseason in the history of the NBA and maybe all of professional sports. The NBA itself started feeling like a fantasy league this summer, with all the trades and free-agent movement. This year’s fantasy basketball draft guide is more important than ever.

We’ve got the fantasy lowdown as early as any other site, but more importantly, we’ll stay on top of all the rankings and strategy articles all the way up until opening tip-off in October. So stick with us and check back often. We’ll be adding new content almost daily.

Got something else you’d like to see in our fantasy basketball draft kit? Let us know about it on Twitter @Fantrax.