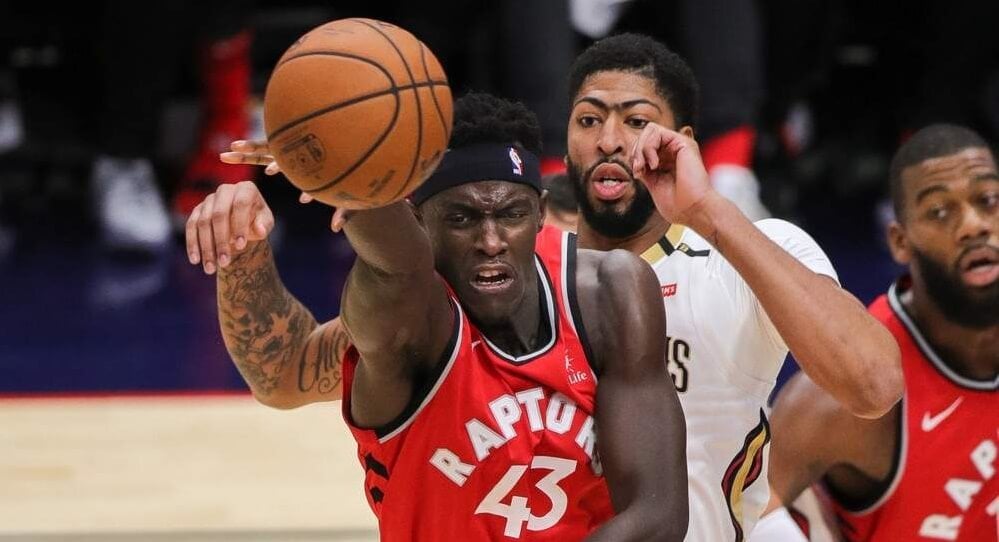 Whether due to trade or by signing elsewhere, many NBA players find themselves on a thinner roster, while others have moved into better situations. With plenty of time to recover from nagging injuries, still more players will reclaim their roles, pushing others to the bench and affording opportunity for fantasy managers. Today we’ll look around the NBA and identify potential fantasy basketball breakout players for the upcoming 2019-20 NBA season.

While the Bulls’ backcourt deepened in the off-season, the additions of Thaddeus Young and Daniel Gafford will not prevent Wendell Carter Jr. from claiming a significant role in the upcoming season. With plenty of recovery time from a bizarre thumb injury, Carter Jr. can improve dramatically with just modest steps forward in his offensive game. No longer a rookie, you can also expect a minutes increase for this highly capable defender.

With Hassan Whiteside out of the town, Bam Adebayo becomes the undisputed starting center in Miami. With positive reports emerging about Bam’s off-season preparation, he looks to receive substantially more than last season’s 23 minutes per game. Expect Adebayo’s already extremely healthy per 36 numbers to extrapolate in a meaningful way as his role increases in Miami.

Larry Nance Jr. possesses a tantalizing fantasy game but hasn’t taken the step forward some expected. The defensive specialist is yet to garner a steady role, with successive coaches preferring to play his teammates when it mattered. On a re-building Cavs team this year, Kevin Love and Tristan Thompson are obvious trade candidates. Nance, therefore, figures to find more minutes, and if he can improve on the offensive end of the floor, he may well be one of this season’s biggest breakout players.

Zach Collins hasn’t yet been afforded the opportunity to shine in the NBA, but that might be about to change. Stuck in a crowded Portland frontcourt last season, Collins faced stiff competition for minutes. With the departures of Moe Harkless and Al-Farouq Aminu however, and the injury to Jusuf Nurkic, Collins has a clear path to significant minutes this season. With per 36 numbers of 18 points, 12 rebounds and 4 blocks, expect his increased role to ladder-up to increased production.

This season Miles Bridges finds himself in the ideal situation from a fantasy perspective. A lottery-pick on a team that recently traded its star player, there are plenty of minutes to be spread around in Charlotte. Bridges had a strong finish to last season, averaging over a steal and a block in his last 20 games. Athletically gifted and set to be a key piece in the rotation, if Bridges develops his offensive game, he could easily establish himself as a starting player in the NBA for years to come.

Identifying breakout players often comes down to opportunity and that’s what Marcus Smart has in spades. The departures of Kyrie Irving and Terry Rozier has left the Celtics thin up front which bodes well for Smart’s fantasy outlook. Smart is another defensive specialist who will need to improve his offensive game if the Celtics are to be successful. With one of the highest steal rates in the league, Smart is already a top-100 fantasy contributor. The addition of extra assists and points will only improve his value, particularly if he can continue to improve his efficiency.

Terry Rozier was traded to Charlotte for Kemba Walker in July, allowing him to move into a starting role. Rozier will be given the keys to the Hornets offense and is slated to receive as many minutes as he can handle. Rozier, a productive yet inefficient player, should see his counting stats significantly increase in his new home, making him a valuable fantasy asset in many formats. While doubtful, if Rozier can improve his efficiency next year he could finish the year a top-50 player. 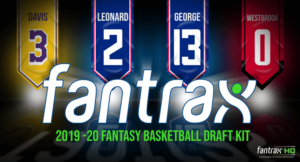 While it’s hard to make the case that the incumbent Most Improved Player is one of this year’s top breakout players, Pascal Siakam fits the bill. With Kawhi Leonard leaving town, the Toronto offense needs a new focal point and Siakam is poised to deliver. With increased confidence, both from the Raptors Championship run, and because of his recent award, Siakam could easily improve further on last season’s totals. Entering his third season in the NBA the sky is the limit for Siakam.

Alex Len didn’t impress in Phoenix and shared minutes with Dewayne Dedmon while in Atlanta.  While limited time on the floor curtailed his overall production, Len was putting up valuable numbers last season. With the departure of Dedmon to Sacramento, Len is earmarked to start at center in Atlanta the upcoming season. With less competition for minutes, Len has the opportunity for a breakout season and to establish himself as a valuable, long-term NBA starter.

Mitchell Robinson began his rookie campaign with a bang as he burst onto the scene at last year’s Summer League. Despite the early-season run-around by Coach Fizdale, Mitchell was able to re-establish his great form in the latter part of the season, ending the year with a FG% and block rate to die for. Heading into the upcoming season, New York has added a baffling amount of backcourt players which may limit Mitchell’s minutes. Despite this, Mitchell is slated to start at center and should receive a healthy dose of on-court time on a nightly basis.

Malcolm Brogdon was traded to Indiana in the offseason to become their starting point guard. Without Eric Bledsoe and Giannis Antetkounmpo, Brogdon will have the ball in his hands in Indiana and will play the role of facilitator more than he did in Milwaukee. Already a roto darling, expect Brogdon to produce figures in the upcoming season worthy of a pick in the first half of your draft.

Ben Simmons did not take the leap forward expected from him last season, finishing as a third-round player. With mostly his FT% and complete lack of three-pointers to blame, it was his excellent FG%, assists, and scoring that kept him fantasy-relevant. If you believe in Simmons work ethic and ability to improve his shooting game this off-season, he could well be your league-winning, draft day choice.

Tyus Jones showed promise in Minnesota but perpetually played backup PG. Snagged by Memphis this offseason, Jones moves to the Grizzlies to back up rookie Ja Morant. While many expect him to retain similar value in his new home, Jones now finds himself in a more favorable position. Where in Minnesota Jones was competing for minutes with established veterans like Jeff Teague and Derrick Rose, in Memphis he will be playing behind an unproven rookie who may not see starter’s minutes out of the gate. Jones is a handy fantasy producer who is efficient and who can rack up the steals and assists. If Morant doesn’t begin the season firing, Jones may have a big season ahead of him.

Despite the poor shooting, Lonzo Ball had a strong rookie campaign in Los Angeles. His development, however, was mired by injury and the acquisition of LeBron James. This offseason Ball was sent to the Pelicans to become the starting PG on the league’s most exciting young team. By all accounts, Ball will be given the opportunity in New Orleans to replicate the output of his rookie season. Despite playing next to Jrue Holiday, if Ball can stay healthy and improve his shooting, he will be a draft-day steal and may finish next season as a top-30 fantasy producer.

Who are your favorite breakout players for the coming season? Hit Brendan up on twitter @HiddenUpside or give a shout out to @Fantrax or @fantraxnba