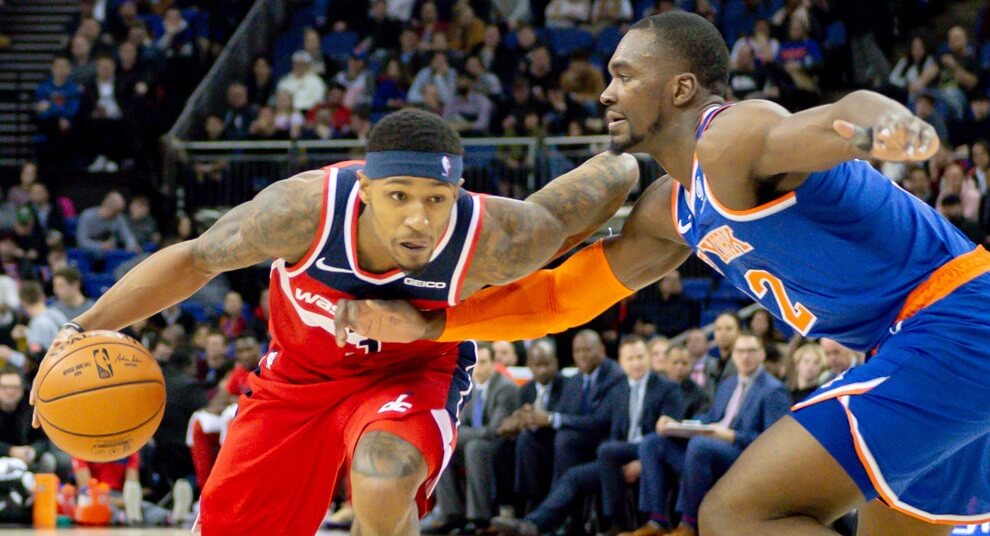 Many NBA rosters are now all but complete meaning fantasy values are starting to take shape. The starting five of a number of teams could still change in the coming months meaning these fantasy values are of course, not certain. I have put together a list of the depth charts of every team starting with the Southeast Division, highlighting who I believe could be in the starting five. Of the standard league relevant players, I have projected where you will likely have to target them in the early drafts. This is followed by, what I think might be their ceiling and finally, whether they could be considered fantasy values in relation to their ADP.

The Hawks have put together another strong offseason, continuing to add to their young core. Trae Young finished his rookie season on fire and managers are going to find it tough to find value when drafting him. The same can be said for John Collins who is likely to go in the fourth round of many drafts. Kevin Huerter is someone worth taking a flier on in the later rounds. He developed well during his rookie season and on the current trajectory, could finish inside the top-100. Alex Len is likely to begin the season as the starting center and should be able to carve out a sizeable role. He is far from consistent but can have standard league value, especially given his improvements from the perimeter last season.

After losing Kemba Walker, the Hornets look as though they are going to struggle to make any real noise this season. Terry Rozier will likely begin as the starting point guard but could be over-drafted in many formats. Given their lack of talent, there could be plenty of fantasy values to be found across the board. Malik Monk, Miles Bridges, and Dwayne Bacon have all flashed the ability to score the basketball. Of those three, I would look at Bridges and then Monk as potential late-round fliers. Marvin Williams should fill the same role once again meaning he is a chance of flying under the radar as a top-100 player. Cody Zeller was quietly efficient last season, however, continues to battle numerous injuries.

After an injury-plagued campaign, Goran Dragic could be a player overlooked in many drafts. He is far from the player he once was but if you can snag him with a late pick, there is certainly upside there. Kelly Olynyk is one of the more frustrating fantasy players to have on any roster. He should start the season as the power-forward and if he can find his way to 30 minutes consistently, the top-100 is well within reach. With Hassan Whiteside in Portland, Bam Adebayo is expected to fill the starting center role. He possesses an intriguing fantasy game, however, the hype is likely to take away a lot of his value.

Markelle Fultz remains a puzzling commodity but will have another chance to prove himself, this time for the Magic. It remains to be seen exactly what his role is but nabbing him with your final pick makes sense, just in case he begins to put things together. Terrence Ross should continue to fill the sixth-man role, a position he is very comfortable with. Aaron Gordon is yet to fire on all cylinders and perhaps this is the season he breaks out. That being said, the flaws in his game do cap his upside giving him very little value on draft day. Jonathan Isaac is still a working progress, albeit one with an abundance of fantasy tools.

Much like the Hornets, The Wizards are likely to be battling at the bottom of the Eastern Conference this season. John Wall is reportedly going to miss the entire campaign as he works his way back from injury. That means Bradley Beal is going to be doing everything for the Wizards and a top-10 season is definitely not out of the question. Ish Smith and Isaiah Thomas are going to vying for the starting point guard spot and both make sense as a last pick to see what transpires. Thomas Bryant should have the green light as the starting center now that Dwight Howard is gone. Bryant finished 2018-19 strongly and should pick up where he left off, making him a nice sleeper pick in most formats.

Who are your favorite fantasy values for the coming season? FantraxHQ will be firing up the shots in 2019! Head on over and check out all of our fantasy basketball content.