3 High-Risk Players Who Could Make Your Fantasy Basketball Season 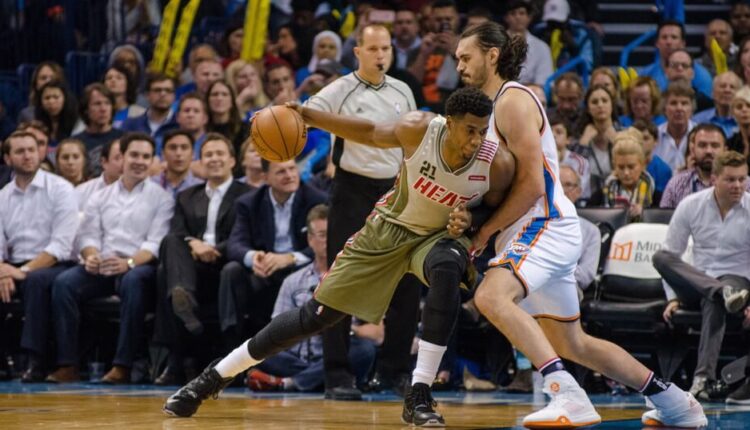 If you saw Whiteside’s Instagram post where he reacted with elation, posting a video that had him shouting, “We got shooters!” about playing with Damian Lillard and CJ McCollum in Portland, you would have assumed he won the lottery. The ex-Miami Heat big man has been on Portland’s radar for some time.

“We have pursued Hassan through multiple avenues at various times in his career and are ecstatic to be adding him to our organization,” said Portland’s Neil Olshey, President of Basketball Operations.

Whiteside fell out of favor with Coach Spoelstra as his career progressed in Miami. His temperamental nature and lack of ability to space the floor on offense led to reduced minutes and ultimately being traded away. Whiteside has a history of issues after being fined by the Heat in 2018 after complaining about his minutes. He has also been among the league leaders in technical fouls in seasons past.

Whiteside has the physical talents to play decent minutes in the league still and with Nurkic out for a good portion of next season, he should start for the Blazers and see around the 30-minute per game mark. Tread with caution though, Portland has a tight-knit team and I can see Whiteside rubbing Damian Lillard or CJ McCollum the wrong way, and he could quickly be languishing at the end of the bench. Such is the danger in these types of high-risk players.

My take on Whiteside is that he will start the season well, but with time, Zach Collins improving, and Nurkic returning, his value will drop sharply as the season passes the All-Star break. Best case is Whiteside returns to similar numbers to his 2015-16 campaign with around 14 points (55% FG, 65% FT), 12 rebounds and 2.3 blocks per game. Worst case is he plays 15-20 games with decent numbers and then falls out of favor with the coaching staff and players and gets shipped to the end of the Portland bench. Whiteside is a real risk of not being the league if he can’t make his time at Portland work. Time will tell if he has matured enough to realize the opportunity he has to lengthen his NBA career at a good organization. Whiteside has top 40 potential. However, he could also be out of the rotation and end up ranked outside the top 200.

First-year point guards typically struggle to quickly adapt to the differing style of play in the NBA. The grind of 82 games and running a team of men who are playing for their jobs in a lot of cases, can prove difficult for young players.

Morant had impressive statistics in his second year at Murray State, averaging 24.5 points (49% FG, 36% 3PT), 5.7 rebounds, 10.0 assists, 1.75 steals and 0.8 blocks. In the 2019-20 season, Morant will be given the keys to the Memphis offense and could provide Fantasy Managers with huge upside if his College numbers translate quickly to the NBA.

Morant has incredible athleticism and has drawn comparisons to Russell Westbrook. The tough call for Fantasy Managers though, is whether Morant’s efficiency with the ball is at a level that doesn’t hurt the balance of your fantasy team. Morant had an eye-popping 5.1 turnovers per game last season in College. If he doesn’t look after the ball well enough in the NBA, his days as a starting point guard could be numbered. I can see a situation in Memphis where Tyus Jones starts playing more minutes at point guard and Morant moves off the ball. Jones has always looked after the ball well, he led the league in the assist to turnover category (6.8 per game).

Morant could be as a high as a 4th round player at seasons end. However, he could easily end up outside the top 120 with poor percentages and high turnovers.

Thomas’ hip injury after his time in Boston has all but crippled what was an incredible story of ascension from bench player to playoff superstar. There is a small chance that Thomas can gain much of his athleticism back after slowly working his way back into NBA shape last season in Denver. Thomas has clearly lost his much-needed speed and fearless penetration though.

Nevertheless, Thomas’ point-scoring and three-point shooting alone could make him a deep sleeper in upcoming fantasy drafts. Ish Smith is slated to start for Washington. Yet, Smith has always struggled to shoot consistently from three-point land and in a league that is continually moving toward teams that can spread the floor, I could see a scenario where Thomas works his body back to a position where he pushes Smith for minutes.

We know that Thomas will score when he has time on the court. So, don’t lose sight of him in points leagues or to balance out your H2H or Roto team deep in drafts. Thomas also has a history of being able to put up good numbers on bad teams. Washington will be bad this year. It would be a great story if Thomas can make it back to a top 100 player. Conversely, he could just as easily end where he did last year, ranked outside the top 400.

Are you onboard with Jason’s take on these high-risk players? For more great analysis check out all of our great fantasy basketball content!