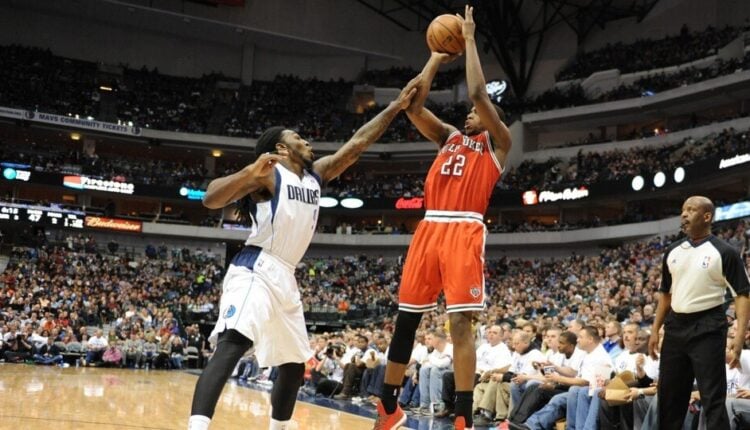 Many NBA rosters are now all but complete meaning fantasy values are starting to take shape. The starting five of a number of teams could still change in the coming months meaning these fantasy basketball values are of course, not certain. I have put together a list of the depth charts of every team as we now round out the Eastern Conference with the Central division, highlighting who I believe could be in the starting five. Of the standard league relevant players, I have projected where you will likely have to target them in the early drafts. This is followed by, what I think might be their ceiling and finally, whether they could be considered fantasy values in relation to their ADP.

The Bulls haven’t made a lot of changes this offseason but have certainly strengthened their point guard stocks. Tomas Satoransky will likely come in as the starter and should have immediate value. How the minutes play out with Coby White remains to be seen, an issue that could deter managers. He has definite top-100 upside making him a nice addition late in drafts. Zach LaVine, Otto Porter, and Lauri Markkanen are all likely to be taken around their projected ceilings. Thaddeus Young was an interesting addition, brought in as a defensive presence. He is not going to put up the numbers he did in Indiana but should still return value if he is allowed to slide to the later rounds. Wendell Carter Jr went through a disrupted rookie campaign and is still somewhat of an unknown commodity. He should be available in the middle rounds, giving him at least, a chance to return value.

There is not a lot of value to be found on the Cavaliers who seem destined for another disappointing season. Kevin Love is the obvious question, as a player capable of returning top-30 value. Managers are likely to show caution and with good reason. If you are willing to take a chance, he is definitely a player to grab in the fourth round or later. Larry Nance Jr. possesses a fantastic fantasy game but is yet to carve out a regular role. He should see minutes at both the four and the five, making 30 minutes seem very realistic. That sort of playing time could see him emerge as a comfortable top-80 player.

Much like the Cavaliers, the Pistons typically run their normal stuff without much value to be found. Reggie Jackson is basically a score-first point guard who does very little else. Bruce Brown was very impressive during his time at Summer League, putting up multiple double-digit assist games. Brown also provides a much better defensive presence, making him an intriguing prospect. Blake Griffin and Andre Drummond are both likely to go at their ceiling, although Drummond does have sneaky top-10 upside. If you are looking very deep, Christian Wood is someone to keep an eye on. He was fantastic for the Pelicans over the final two weeks of the season. He can play at both the four and five and has demonstrated ability on both ends of the floor. His exact role is unclear but there is a chance he ends up as the regular backup.

The Pacers made a number of solid offseason acquisitions, none more so than Malcolm Brogdon. Brogdon will be the unquestioned starting point guard and is already being hyped for a breakout season. He has top-50 upside although could be someone who sees his ADP rise rapidly as draft season approaches. Jeremy Lamb is another player that could provide value, especially over the first two to three months. Victor Oladipo is likely out until at least December, meaning Lamb should see plenty of run. Speaking of Oladipo, if managers overlook him in your draft, he is worth a look during the middle rounds. The Pacers third main addition was T.J. Warren whom they garnered for basically nothing. He has struggled with multiple injuries making him a somewhat risky pickup. He does have easy top-80 upside and could be around during the final rounds of many drafts. Myles Turner and Domantas Sabonis will both seemingly be taken around peak value, however, both are still solid additions to any fantasy team.

After a successful 2018-19 season, the Bucks return with a very similar lineup. The major change is losing Malcolm Brogdon who has been replaced by Wes Matthews. Matthews could be a serviceable standard league player but it typically more of a waiver wire guy. Khris Middleton had a disappointing season and could be a player overlooked in the early rounds. If you manage to grab him in the fifth round, there could be value to be had. Brook Lopez was fantastic for the Bucks, grossly outplaying his ADP last season. That will likely not be the case this year but he remains a solid top-50 player. Giannis Antetokounmpo is going to be in the discussion for the number one overall player, especially if he can improve his free-throw shooting.

Also, check out the Fantasy Values of the Atlantic Division and Southeast Division.