How To Punt And Win – Fantasy Basketball Draft Strategy 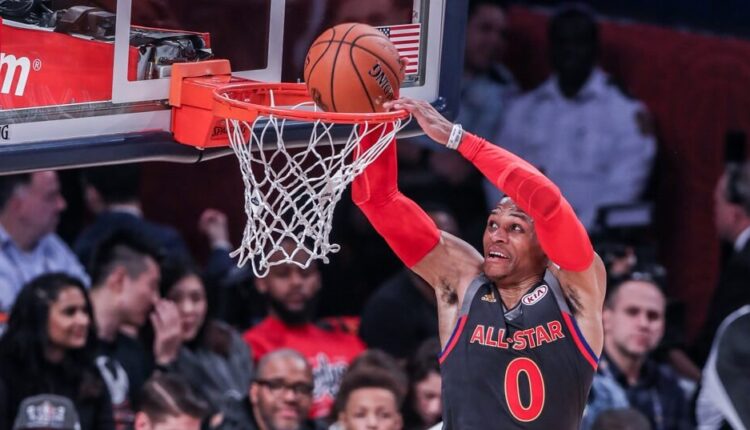 If you’ve been around the industry long enough, you’ve probably heard the buzz word “punt” or “punting” thrown around loosely. This article takes a look at the fantasy basketball strategy of how to punt and win!

To punt or not to punt. That is the question… (along with Drax’s; “Why is Gamora” in Avengers Infinity War”– my other favorite question).

Now a quick disclaimer: Reader beware!! Punting is a strategy you may choose to employ in H2H leagues, but punt strategy isn’t helpful in Points leagues and may be harmful to your success in Roto leagues. By punting, we are referring to the strategy of ignoring one or more categories as you rank players and, later, draft your team. To keep it simple, if I am “punting” the category of free throw percentage, then I would rank players as if I am drafting for a 7- category league (minus free throw percentage) and ignore the punted category completely.

If you’re picking early in the first round you’re usually picking players with few deficiencies. Anthony Davis, Karl Anthony Towns, James Harden, and Stephen Curry are examples for 8-category H2H leagues (not counting turnovers), and it’s no coincidence they are generally the consensus top four in any order. In the middle of the first round, we start to look at players that may have a weakness. Maybe it’s Giannis or Lebron if their free throw percentages don’t hold up, or players like Russell Westbrook or Damien Lillard who could have a negative impact on your field goal percentage.

As the first round of your draft unfolds, it’s time to start considering if punt strategy is going to benefit your chances of winning your fantasy basketball league. To do this you’ll need to have your head around both the ADP and Rankings for your league (in this case H2H).

Average Draft Position- be sure to check out the Fantrax Fantasy Basketball ADP.

Rankings- check out this Fantrax 101 for a quick guide on how to create your own custom rankings.

Get up to date rankings for every league-type in our 2019-20 Fantasy Basketball Draft Guide.

Now, take a look at your first and second draft picks. Are there any glaring weaknesses? Maybe it’s Russell Westbrook’s field goal percentage, or Andre Drummond’s free throw percentage. You may have no chance of competing in that category so it could be the perfect time to punt it! Now you need a draft strategy to punt and win…

Custom Punt Rankings- one site that has a great feature for viewing punt rankings and customizing them is Basketball Monster. Highly recommended and used by this writer!

Once you’ve decided to punt, you can go about drafting your lineup according to your preferred rankings by completely ignoring your chosen punt category (or categories). Be aware, when you punt a category you are not trying to be bad at that category. You just don’t let a players weakness in your chosen punt deter you from drafting him if he helps you in other categories. For example, if you’re punting threes you don’t have to overlook a player like Jonathan Isaac, who could give you nearly 2 threes per game. Draft him anyway for his other excellent counting stat rates and pretend the three-point category doesn’t exist. Now you’re punting!

Really, you can use this fantasy basketball draft strategy to punt and win by targeting any category. The most common category to punt is turnovers because most of the best players have higher usage rates, directly proportionate to a higher turnover rate. Don’t let James Harden slip past you if he falls in your draft. Consider punting turnovers, instead. Other common categories to punt are free throw and field goal percentage. You will find that some players who are weak in these can actually win you several other categories, like the examples of Westbrook (points, assists, and rebounds) and Drummond (rebounds and defensive stats) above. In 12-team leagues, Westbrook and Drummond could make an excellent starting foundation for a punt (both) percentages strategy. Other common punt categories include assists, steals, and points.

Now you have some fantasy basketball draft strategy tools to punt and win- go dominate your league… and give me a shout out!

Ready to jump in a fantasy basketball league? Check out our early 2019-20 Fantasy Basketball Rankings!