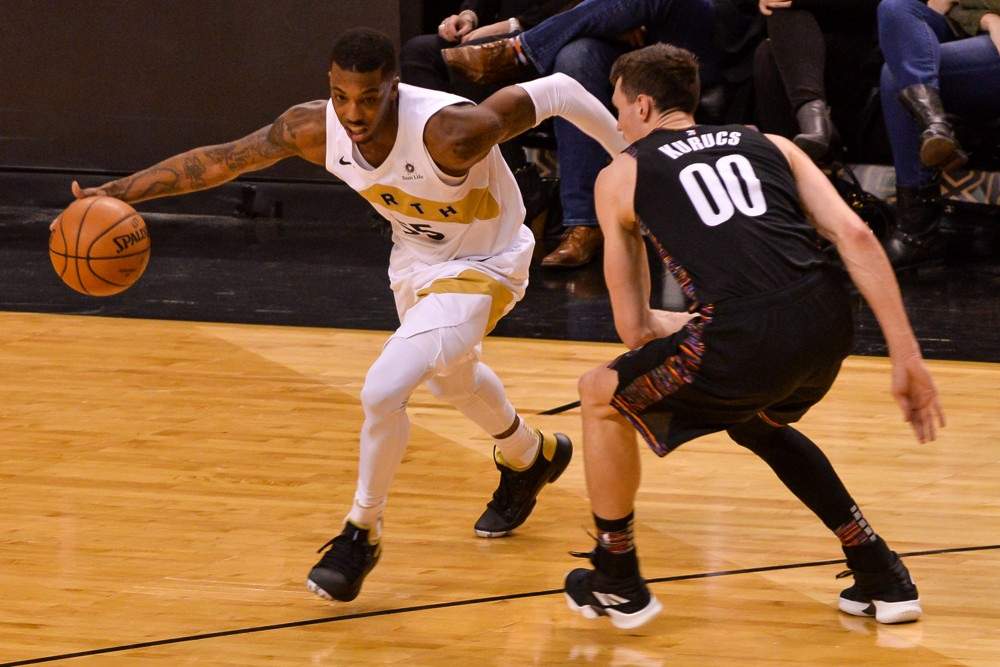 Many NBA rosters are now all but complete meaning fantasy values are starting to take shape. The starting five of a number of teams could still change in the coming months meaning these fantasy basketball values are of course, not certain. I have put together a list of the depth charts of every team, ending with the Southwest Division, highlighting who I believe could be in the starting five. Of the standard league relevant players, I have projected where you will likely have to target them in the early drafts. This is followed by, what I think might be their ceiling and finally, whether they could be considered fantasy basketball values in relation to their ADP.

Dallas is certainly going to be one of the more watched teams this season. They have built a decent enough roster around two potential superstars. Delon Wright is hot off what was a dynamic finish to last season, coming in as the starting point guard. While he is unlikely to put up numbers anything like those he was late last season, Wright does has a fantasy-friendly game. If he manages 30 minutes per night, Wright could have plenty of value late in drafts. Luke Doncic enters his sophomore season as the reigning rookie of the year. He was fantastic for the Mavericks, living up to all the hype. While he possesses all the talent in the world, managers are going to be reaching for him everywhere, meaning there isn’t going to be a lot of value to be found across most formats. Tim Hardaway Jr. could begin as the starting small forward, however, that doesn’t necessarily translate into fantasy value. He typically provides value in scoring and three-pointers although generally with low efficiency. Kristaps Porzingis will finally make his return to the floor after a long absence due to injury. How he fits next to Doncic is one of the bigger questions heading into the season. He could very end as a top-20 player if everything falls into place. That being said, there is definite risk taking him that high. Dwight Powell is coming off a breakout season but could be overlooked in many formats. With all the focus on Doncic and Porzingis, Powell could prove to a be an excellent late-round selection, with easy top-120 upside.

The Rockets come into the season with an eye on the championship. They return with basically the same lineup, outside of one glaring change. Russell Westbrook replaces Chris Paul as the starting point guard, reuniting with his old running partner, James Harden. Westbrook and Harden will be arguably the best backcourt in the league and should be able to work well together. From a fantasy perspective, their values should remain strong. Westbrook’s inefficiencies typically drop him down a couple of spots and so there is cause for optimism in that department. James Harden has proven himself to be an elite fantasy option on numerous occasions. His scoring numbers could dip slightly but that really only moves him from the unquestioned number one player to being in the discussion for the number one player. Eric Gordon is nothing more than a three-point gem, offering little value outside of the points categories. P.J. Tucker is another player that offers value in limited categories. However, those categories are typically tough to fill, giving him upside, albeit very unsexy. Clint Capela will return as the starting center despite rumors of a potential trade during the offseason. With two fast-paced guards running the show, Capela should be able to replicate his numbers from last season, minus a couple of rebounds.

Memphis took Ja Morant with the second overall pick, a move that saw Mike Conley shipped off to Utah. Much like any rookie, Morant could struggle with his efficiency but is likely to be given the keys to the offense nonetheless. Kyle Anderson was hyped in many areas last season as a potential top-70 player. A number of injuries derailed his season and he ended up on the waiver wire in basically all formats. Managers need to curb that enthusiasm for this season although he could have nice value if you can grab him with your final pick. Jaren Jackson Jr. put together a strong rookie campaign but it could be argued that he was misused. Constant foul trouble meant he was sitting for large portions of games, a fact not lost on fantasy managers. He should be in for a big season and the top-40 is well within reach should everything play out positively. Brandon Clarke was awarded the Summer League MVP as well as the best player in the final. There is going to be an element of hype after his strong showing, however, managers should pump the brakes a little. He is likely going to be the backup to both Jackson and Jonas Valanciunas on most nights. Clarke is also going to be undersized when coming up against a number of starting centers. There is limited scope for him to return value, making him worth a look in the final round. Valanciunas demonstrated his fantasy value after being acquired by the Grizzlies last season. If he plays 30 minutes per night, he is basically a lock to be a top-40 player. Dwight Howard is also currently on the roster for the Grizzlies but it seems unlikely he will remain that way. Wherever he ends up, Howard is a player to keep an eye on despite his recent injury concerns.

The Pelicans will start the season with four new starting players. Lonzo Ball could be the point guard of the future for the Pelicans and is a potential sleeper candidate. He has a well-documented injury history which is likely to deter managers from taking him too high. If he is available after the fifth round, could be the ultimate risk vs reward player of the season. Jrue Holiday is the only remaining starter from last season and a big season could be coming. He has been ranked as high ninth in rankings that I have seen, a spot that will likely provide very little ROI. If he does fall outside pick 15, managers should jump all over him. J.J. Redick is also a candidate to start for his new team although head coach Alvin Gentry may elect to have him lead the second unit. Redick is getting older and is really just a points and three-point specialist. Brandon Ingram appears as though he will be ready to go after enduring a nasty medical condition last season. He has an opportunity to establish himself as an all-around talent, making him a likely mid-round selection. Zion Williamson is arguably the most hyped rookie of the last decade and managers everywhere are going to be scrambling to get him. It is for that reason that he is likely to be overdrafted almost everywhere. Derrick Favors is coming off his best season in some time and should be the starting center for his new team. Favors is a lot younger than people think and was an elite fantasy option only a few seasons ago. He is back in his preferred position and could be a difference-maker in many leagues. Jaxson Hayes showed out in Summer League and is one of a number of rookies that is worth a look late in drafts.

The Spurs actually come into this season with one of the deeper lineups in the league. DeJounte Murray returns after missing the entire season with a knee injury. The hype train was in full swing prior to his injury, placing him inside the top-50 in a lot of peoples minds. There is an obvious element of risk for any player returning from such a major injury. Factor in Derrick White having a strong season and Murray could be slept on in a number of drafts. White himself certainly did enough to earn a starting spot again this season. However, given neither player is a well-versed perimeter scorer, it is tough to have them on the floor at the same time. It is for that reason that Bryn Forbes should remain the starting shooting guard. He can knock down the three-ball with regularity but offers very little outside of that. DeMar DeRozan is coming off a strong debut season for the Spurs but continues to shy away from anything outside the three-point line. This does somewhat cap his value although he should remain a solid top-40 player. Rudy Gay is proof that a player can return from a major injury. He put together a nice 2018-19, finishing inside the top-100. Aldridge typically does a little bit of everything and fit well into any team build. He could be available very late in drafts making him a no brainer for most managers. LaMarcus Aldridge was excellent for the Spurs last season despite the arrival of DeRozan. He is generally a robust player with a high floor and should remain a solid top-30 option.