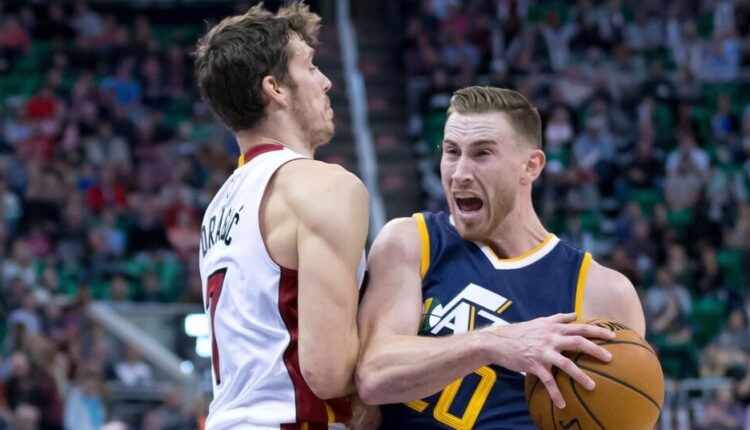 Fantasy draft season continues to creep forward with yours truly already having completed multiple drafts, making early-season fantasy basketball sleepers a hot topic. The variety of information continues to develop, as does the ease in which it is accessed. For these reasons, fantasy basketball sleepers are becoming harder to find and typically remain that way for only a short period of time. Identifying these players can prove highly beneficial, giving you an edge on your less diligent opponents.

Ball finds himself in an ideal situation with a chance to finally take control of his team. Last season was marred by various injuries meaning he only played in 47 games. He was a terrible fit next to LeBron James and despite his father’s objections, looks set to take the reigns as the Pelicans starting point guard. His percentages will likely continue to be a sticking point but if you can look past those, he certainly possesses an intriguing skill set. An element of risk comes with selecting Ball in any format. However, if everything pans out, the upside is there for him to have a top-50 season.

Covington will almost undoubtedly be slept on in many drafts, as has been the case throughout his career. After being traded to the Timberwolves mid-season, Covington ended up missing basically the second half of the campaign. Covington is arguably the best three-and-D player in the league with a game that translates well to fantasy. He finished 2018-19 as the 16th ranked player on a per-game basis, something that many would be surprised to hear. Chances are you will be able to grab Covington in the third, fourth, or even fifth round in many formats. This would make him a value pick in anyone’s books.

Much like Robert Covington, Harris’ 2018-19 season was marred by injuries. In fact, he only played in 57 games, ending the season as the 163rd ranked player. Many would have taken him inside the first five or six rounds, making him a bust across all formats. However, let us not forget that only 12 months prior, he finished the season as the 34th ranked player. After being dropped in a number of leagues last season, there is a realistic chance he may go undrafted in deeper formats. If he is floating around at the backend of your draft, he is certainly worth taking a flier on despite coming off a sub-par season.

Favors was moved to New Orleans in what was one of the more underrated moves this offseason. Favors put together a strong 2018-19 where he finished as the 75th ranked player in just 23 minutes per game. Perhaps the biggest takeaway from the season was that he managed to suit up for 76 regular-season games. There is a very real chance he comes in as the starting center for his new team, a position he has thrived in previously. He appears as though he is finally over his troublesome back injuries and if he can work his way to 29 minutes per game, a top-50 season is well within reach.

In what was another very overlooked move, Brogdon moves from Milwaukee to Indiana. Here, he will likely assume the role of starting point guard. Brogdon is typically one of the more unappreciated fantasy players but will finally get his chance to shine. He was the 64th ranked player last season and that would appear his floor moving forward. Given the fact he will be the primary ball-handler, a top-50 season is possible. He can be viewed as a sleeper although there is almost certainly going to be hype surrounding him meaning his ADP will not remain low for very long.

Adams put together another solid season where he ended as a top-80 player. He also took the floor for 80 out of a possible 82 regular-season games. While his role seems unlikely to change a great deal, the loss of Russell Westbrook certainly benefits the robust Kiwi. It was well-known that the Thunder designed their style of play around Westbrook securing the defensive rebound to kick-start their offense. Much of this was based upon Adams creating the space Westbrook needed to do his stuff. Things are going to change moving forward and there is a very real opportunity for Adams to establish himself as an elite source of rebounds. The 15.6 boards per game garnered by Andre Drummond may be out of reach, however, topping 13 per outing is definitely a possibility.

Much like Malcolm Brogdon, Adebayo is a player who finds himself in an ideal situation. He should be the unquestioned starting center for the Heat and will have the chance to spread his wings. He will likely be a constant double-double threat while offering strong defensive numbers with solid percentages. With the positive outlook comes the very real chance he is one of the more hyped players heading into draft season. It is for this reason that he will also remain a sleeper for only a limited time and managers may end up having to reach to grab him.

Things couldn’t have gone much worse for Prince last season where he finished outside the top-130. Many fantasy managers may have lost patience with Prince making him a definite late-round sleeper for 2019-20. Despite the move to Brooklyn, Prince should still be able to carve out a sizeable enough role in which he can have top-100 value. In fact, give the addition of talent surrounding him, he could realistically have the best season of his career thus far.

Murray was arguably the most hyped player heading into 2018-19 before suffering a season-ending injury during the pre-season. The rise of Derrick White last season has certainly posed questions around his exact role moving forward. That being said, Murray was being groomed as the replacement for Tony Parker before suffering the injury. That alone should see him return with a sizeable enough role to have value across most fantasy formats. His upside is unquestioned and if he can hit the ground running, he could be a sneaky late-round pickup.

Including Love among our fantasy basketball sleepers may seem somewhat inappropriate given what he has done over the course of his career. 2018-19 was basically a write-off for Love after he missed 60 games due to injury. Even when he was on the floor, the Cavaliers were extremely cautious with him, limiting his playing time. There is a chance he is handled much the same way this season with the Cavaliers likely playing for a lottery spot. For these reasons, Love is a player that could fall in many drafts. For those managers who don’t mind the risky play, he could be a difference-maker.

Much like Kevin Love, Hayward certainly bucks the trend when looking at potential sleepers. He was coming off a career-defining injury last season, failing to reach any great heights. Despite showing glimpses of what he is capable of, Hayward was arguably the most disappointing player of 2018-19. A new season brings with it a new-look roster and a chance for Hayward to reaffirm himself as a top-50 fantasy player. He could also begin to trend up as time goes by but for now, could be had in the later rounds of most formats.