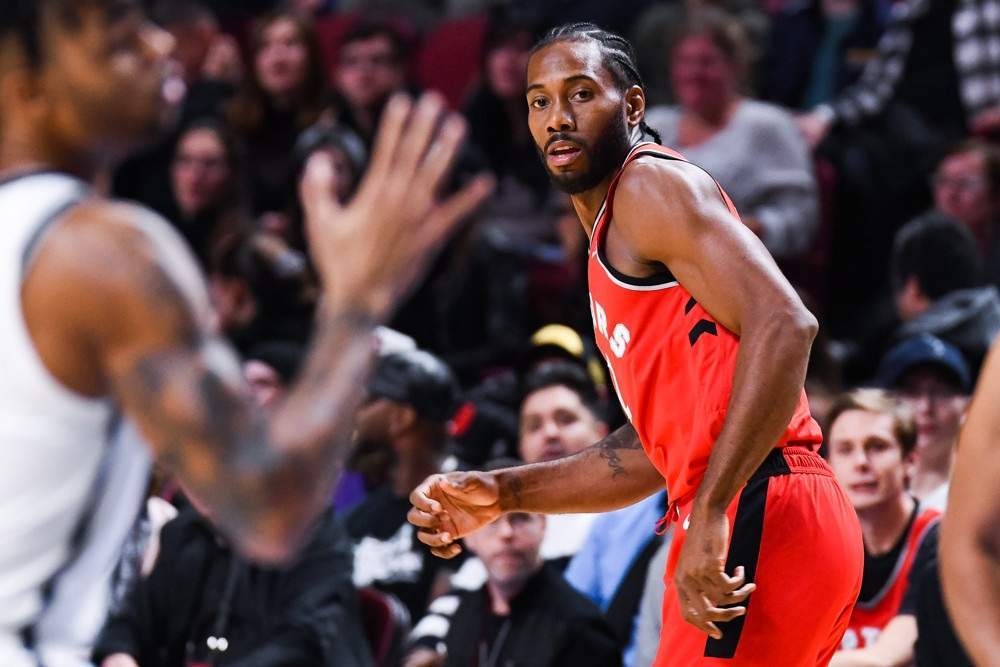 My fantasy basketball rankings have been live for about a month now and have already gone through major changes. This has been one crazy offseason, although the dust has just about settled with only a few players remaining unsigned. When working through my rankings, there have been a number of players that have been difficult to rank. Starting from the top where Kawhi Leonard fits in somewhere, I’ll work my way through the first 100 players of my rankings, pulling out those names that have raised more than a few questions.

Where do these players rank?

Kawhi Leonard was one of many star players that changed teams over the last month. His short stint in Toronto was certainly memorable, culminating in their first NBA Championship. For fantasy managers, his time there was memorable for different reasons. He was the poster child for ‘Load Management,’ sitting out a number of games, often at crucial times. There has been no indication that he will sit out games again for the Clippers but it is reasonable to expect a similar path.

Leonard is arguably a top-five talent on a per-game basis. However, it is very unlikely he is drafted anywhere close to that. At this stage, it appears as though he is going to have an ADP around the turn in most standard formats. There is a chance he falls to the middle of the second round in certain situations, depending on the mindset of managers.

I could basically write an identical description for Embiid, given his tendency to miss games. The 76ers have possibly the most talented starting five in the league and should be pushing for a top-two seed in the East. This may or may not work in Embiid’s favor when it comes to rest. He also has the potential to be a top-five fantasy player but should be available at the back end of the first round almost everywhere. Much like Leonard, Embiid could return value on his ADP but could also impact your chances of winning if he misses multiple games.

Williamson is sure to be on everyone’s radar this season but is likely to be out of reach for a number of managers. I currently have him ranked as an early third-round player and at that spot, he could go either way. Summer League gave us no indication as exactly what he will be, other than that he is going to fill arenas everywhere. He certainly has a fantasy-friendly game and the upside is there for him to be a second-round player. There are a number of factors to consider when drafting him, including games played as well as pure production. If he does fall outside the top-40, that is likely where he will sit come season’s end. Chances are he goes much higher than that, and in fact, I have seen him go as early as late first-round already.

Injuries are the major factor when considering drafting Paul. He has missed a plethora of games over the past few seasons and his age does not bode well moving forward. The fact that many of the concerns are related to soft-tissue problems is also very worrying. Paul still has the ability to put up top-20 numbers when he is healthy and that puts managers in a bit of a bind. He has been dropping as low as 40 in mock drafts and where he goes in your draft will be determined by how risk-averse other managers are.

Love, much like Paul, has been hampered by injuries in more recent times. He missed basically the entire 2018-19 season with a foot injury, returning late as the Cavaliers made a push for the lottery. He will start the season healthy although that really means nothing in today’s NBA.

There is no guarantee he remains a member of the Cavaliers, another item managers must factor in when drafting him. Much like Paul, Love has been going in the fourth and fifth rounds of many drafts, a position that he could obviously exceed. If you were building a team based completely on upside and ignoring risk, Leonard, Embiid, Paul, and Love would be magnificent.

Cousins also missed the majority of the 2018-19 fantasy season and did appear hampered upon his return. This was, of course, to be expected given the nature of his injury. This season he will reunite with Anthony Davis on a new-look Lakers team. On the surface, he should be a lock to return top-40 value based on his ability alone.

That being said, he has not even been confirmed as the starting center and load management could be a factor. JaVale McGee put together a fantastic season and given his obvious affinity with LeBron James, could himself, be the starter. Word is that Cousins is ready to go and wants to play all 82 games. If you are inclined to believe him, taking him in the third or fourth round could be worth the risk.

I have already acquired Ball’s services in a number of mock and real drafts, perhaps placing me in the risk-taking category. Ball is yet to establish himself in any way but this could be the opportunity he has been looking for. Despite still being very young, injuries have played a major role in his thus far disappointing career. He has the tools to be a consistent top-30 player, as long as he can improve his percentages across the board. I have him ranked as a fifth-round player, which is probably on the high-side of where many of you would be willing to take him.

Gallinari is coming off arguably his best season, finishing as a top-30 player in standard formats. Managers who had him on their roster likely only had to spend a late-round pick to get him. He is almost definitely going to go higher this season but there is still a lot of skepticism surrounding his ability to stay on the floor. He joins a new-look Thunder outfit that will be searching for a new identity. Much like his role with the Clippers, Gallinari is going to get plenty of opportunities to score the basketball. He won’t be available after pick 100 but there could still be situations where you can grab with a seventh or eighth-round pick.

After suffering a gruesome leg injury, Hayward returned last season but failed to deliver. He hit the waivers in a number of shallow leagues, something that would have been considered ridiculous when he was a perennial top-30 player. He did have a strong finish to the season and there is speculation he is set for a bounce-back come October. The Celtics lost both Kyrie Irving and Al Horford meaning Hayward could move up in the pecking order. Hayward is still young enough to develop after such a bad injury and could very easily return to being a top-50 player. I have him as the 87th ranked player currently but that number could change as draft season approaches.

Murray is coming off an ACL injury that cost him all of last season. He had been hyped up heading into 2018-19, topping out as a top-50 player in many peoples projections. His injury gave Derrick White an opportunity and White certainly made the most of it. Both Murray and White typically struggle from the perimeter which will make it hard for them to share the floor. That, coupled with potential rest days, make Murray a very hard player to project. I have him inside the top-100 at the moment, although depending on his preseason, that could either rise or fall.

Also, check out the fantasy basketball rankings here, and stay vigil as they will be updated regularly.

Where do you rank Kawhi Leonard and these other enigmatic players?? Let Adam know on twitter @adamking91 or give a shout out to @Fantrax