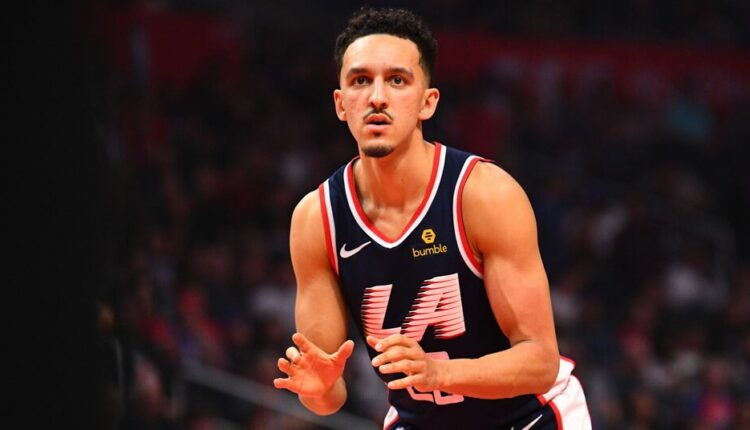 The much loved three-point shot has become a staple of most teams offenses in the modern NBA. Below we take you through four three point sleepers who we think will see an increase in their three-point production in the upcoming NBA season.

Shamet is going to love the open looks he gets playing alongside Kawhi Leonard and Paul George this season. Shamet will also enjoy the extra minutes, as the Clippers have been open about managing both George and Leonard’s playing time to avoid injury. Shamet was 11th in the league in three-point percentage and 26th in three-pointers made last year. I can’t see those numbers regressing at all.  The Clippers are going to have a lot of firepower off the bench with Shamet, Lou Williams, and Maurice Harkless, and I think Shamet will continue to play a role similar to what JJ Redick did under Coach Rivers in the past. This role will allow for a lot of open looks off screens, in transition, and pick and pop plays.

Under Rivers last year, Shamet shot 2.7 three-pointers at 45% (in 23 games) and as result, his minutes increased in the playoffs.  Rivers clearly gained confidence in Shamet after he was acquired from the Sixers earlier in February and that will continue into the upcoming season. Additionally, Shamet is still young (22 years old) and will likely eat into the aging Patrick Beverly’s (31 years old) minutes as the season wears on. If Shamet can shoot close to what he did in the 23 regular-season games for the Clippers, he will be a top-five shooter from range in the league. My expectation is 2.8 three-pointers at 43%.

The Pistons will be depending heavily on Kennard to be able to space the floor this season. Another third-year player, Kennard has always been an elite three-point marksman. He shot 44.3% from distance in college and has continued the sharpshooting in the NBA. I believe he is ready to break out with a full year starting at the shooting guard position. Kennard will be playing alongside both Reggie Jackson and Derrick Rose in the backcourt this year. If Rose can stay healthy, I could see him pushing Jackson to the bench and Detroit being a dark horse sleeper in the East.

With Rose being a more efficient and reliable passer than Jackson, Kennard should be able to get more spot-up shots this year and we should see numbers even better than his post-All-Star three-point shooting of 2.1 three-pointers per game at 42.7%. The Pistons remained quiet in the offseason madness, so they should start the year well with the continuity from last year and I expect Kennard to shoot 2.8 three-pointers per game at 42.0%.

Richardson joins the Sixers this season coming off a career-high in three-pointers made with the Heat in 2018/19 (2.2 per game). Richardson is relatively unknown to the general NBA fan. However, he has quietly established himself as a solid spot-up option in Miami. Running beside Ben Simmons in a spread-out Sixers offense should allow for more open shots than he has ever had. As is the case with many stats, opportunity is a big factor in identifying our three point sleepers. JJ Reddick leaves a big hole in the Sixers (3.2 three-pointers made and 18 points per game) and Richardson is the natural fit to replace Reddick in the Sixers system.

Whilst his shooting is not to the same level as Reddick, his defense is much better, so I would expect slightly more minutes than Reddick had. Fantasy Managers will likely forget the scoring help that Richardson will bring in drafts. I expect his three-pointers attempted and his percentage to rise again this year. 2.8 three-pointers per game at 38.7% is the trend that I see for the season.

Cedi has spent this offseason building his own basketball Academy in Turkey and working out with the Turkish National Team. He will be the focal point of the Turkish team in the FIBA World Cup and will no doubt start the season sharp from all his off-season work. Osman is more suited to spot-up shooting and with two playmakers in the Cavaliers backcourt (Darius Garland and Colin Sexton), he should have more space for open shots this season. I expect his percentage to jump closer to 39% with his attempts to rise over 5 per game. You should count on at least 2.2 three-pointers per game at 38.5%.

Are you on board with JB’s three point sleepers? For more great analysis check out all of our great fantasy basketball content!