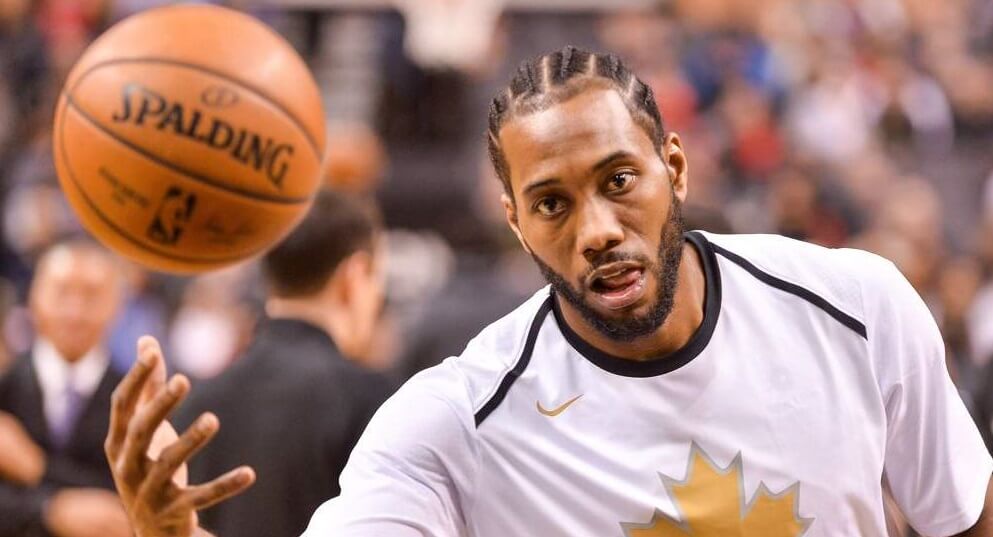 Many NBA rosters are now all but complete meaning fantasy basketball values are starting to take shape. The starting five of a number of teams could still change in the coming months meaning these values are of course, not certain. I have put together a list of the depth charts of every team as we now hit the West coast with the Pacific division, highlighting who I believe could be in the starting five. Of the standard league relevant players, I have projected where you will likely have to target them in the early drafts. This is followed by, what I think might be their ceiling and finally, whether they could be considered fantasy basketball values in relation to their ADP.

For the first time in a long time, the Warriors come into the season with a number of questions. They have lost a number of key players, both starters and bench. With Kevin Durant and DeMarcus Cousins leaving town, and Klay Thompson out, Steph Curry could be in line for a monster season. There is certainly an argument to take him as the number one player given the heavy lifting he will be doing.

D’Angelo Russell comes on board as the starting shooting guard, a role that could take some getting used to. He is likely to go in the fourth round of many drafts, possibly giving him little ROI. Draymond Green is also going to have to do more on both ends of the floor with Durant gone. There could be value to be had depending on where he goes in your draft. Willie Cauley-Stein moves over from Sacramento and could find himself with a nice opportunity. That being said, head coach Steve Kerr has been pushing Kevon Looney as a big part of the Warriors moving forward, perhaps taking a little of the upside away from Cauley-Stein.

The Clippers made a couple of huge moves, acquiring both Kawhi Leonard and Paul George. These two should soak up a lot of the usage, impacting the upside of a number of others. Patrick Beverley should begin as the starting point guard and could be a sneaky late-round pickup. His value typically comes from defensive numbers and three-pointers, both of which are likely to hold. Lou Williams will once again lead the second unit, giving him mid-round value.

Leonard is, without doubt, a first-round talent in all formats. The only question is whether he continues to miss games, as he did during his season with the Raptors. If he drops to the second-round, the upside alone is worth taking a flier on. Paul George has proven himself to be a top-10 talent and that seems likely to repeat itself. Montrezl Harrell should be the backup center yet offers more fantasy value than starter Ivica Zubac.

Much like the Clippers, the Lakers have undergone major changes this offseason. It would appear as though Rajon Rondo is going to return as the starting point-guard, Whether this is actually a good fit remains to be seen. With the talent around him, it would be surprising to see him emerge as more than an assists streamer.

Danny Green may slot into the shooting-guard spot but will have to battle for minutes. If he can carve out a 30-minute role, he could return value if you were to grab him late.

LeBron James is coming off his worst season as a professional, something that may light a fire under him. If he can stay on the floor, another top-10 season is certainly not out of the question. Much like Kawhi Leonard, managers could be somewhat hesitant, making him worth a look despite the risk.

The Lakers finally got their man with Anthony Davis signing on. He was a disaster for many fantasy managers last season, basically riding the bench for the final weeks. He should be primed for a strong campaign and is in the discussion to be the number one overall pick. The center rotation is another that is hard to get a feel for. DeMarcus Cousins is the obvious choice to start but definitely comes with an element of risk. JaVale McGee was excellent for the Lakers last season and also has a strong case to be the starter. Both players could have value depending on where they fall and their exact role moving forward.

The Suns are likely to remain a lottery team but have strengthened their lineup. Ricky Rubio comes in to run the point and could be a sleeper if managers decide to pass over him. His time in Utah did not go as planned, but his opportunities should increase with the young Suns core.

Devin Booker seems likely to flirt with a first-round ADP which doesn’t give him a lot of wriggle room.

Mikal Bridges and Kelly Oubre Jr. will battle for the starting small forward spot and could both have a bit of value. Oubre was fantastic to end last season and so managers may want to reach for him, hoping for a repeat performance.

Dario Saric comes across from the Timberwolves, finding himself in a favorable position. He is yet to put everything together and this could be the season. He is likely a top-100 player in a best-case situation, giving him sleeper potential.

DeAndre Ayton put together a nice rookie campaign, despite a couple of questionable stretches. With more talent around him, Ayton should be able to at least replicate his numbers from 2018-19, making him a third-round type of guy.

The Kings were one of the more surprising teams last season, on the back of the improvement of both De’Aaron Fox and Buddy Hield. Both ended inside the top-40 and will likely maintain that kind of value.

Bogdan Bogdanovic flashed his upside throughout the season but was really just a fringe standard league player. He has an excellent passing game and if he can find consistency, could be a solid late-round addition to any roster.

Trevor Ariza will provide a veteran presence for the young Kings squad, and could also be a player worth taking in the final rounds. There is, of course, a risk he phased out as the season progresses. That being said, the Kings will be pushing for a playoff spot, a push in which Ariza could be a key factor.

Harrison Barnes is merely a one-dimensional player and there is not really any upside to drafting him inside the top 90.

Marvin Bagley, on the other hand, demonstrated his talents towards the backend of last season, making him worth a look in the middle rounds.

Dewayne Dedmon continues his NBA journey, joining the Kings as potentially the starting center. He replaces Willie Cauley-Stein, providing a much better defensive presence. Dedmon also has a demonstrated ability to stretch the floor and could have value as a typically overlooked player in many drafts.