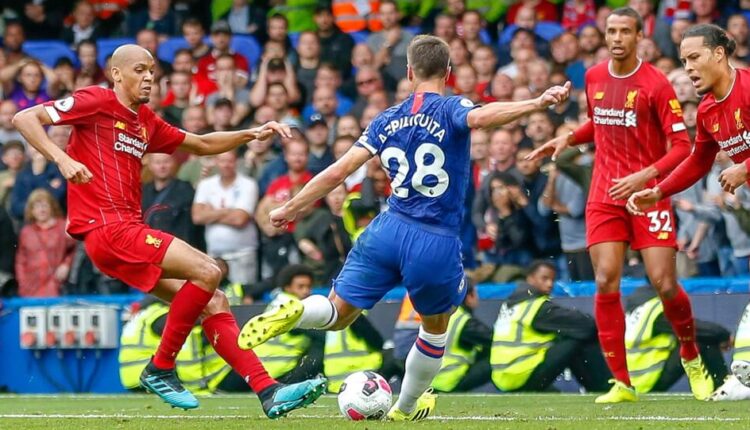 What’s Changed?:  With such a low average points per game score, this selection might come as a bit of a surprise.  To be perfectly honest chaps, Sidibe is realistically only making a one week visit to the hot list; particularly with the tough fixtures coming up after Gameweek 13.  However, focusing on this Gameweek, if you are looking for a defender to stream then look no further than Sidibe who we’ve included in our Gameweek 13 Sleepers XI article.  Sidibe’s opponents, Norwich City, have been faltering badly since they toppled giants Manchester City.  That historic evening in Norfolk seems like a very distant memory to Norwich fans as the Canaries have picked up only one point from a possible 21.  However, the most crucial statistic for potential Sidibe owners to be aware of is that Daniel Farke’s side has scored only two goals in the last seven fixtures.  All aboard the Sidibe clean sheet; which would be the Toffee’s fourth of the campaign.

What’s Changed?:  Gross appears to be going completely under the radar right now!  Perhaps this is because despite starting the last seven games, Gross was dropped to the bench in Gameweek 12 to accommodate the returning Trossard to the starting XI.  However, this provided folly for Brighton as Gross came off the bench (ironically to replace Trossard) to pick up an assist; Gross’s second assist in four Gameweeks which has also included a goal too!  With Trossard being ruled out of the Belgium international fixtures with yet another injury; now is the time to stash Gross in your squad and allow him to accrue points with some favorable fixtures coming up.

What’s Changed?:  Another player to make our Gameweek 13 Sleepers XI article.  This chap has really impressed with some promising performances and his serious pace!  We don’t expect Saint-Maximin’s current 55% ownership to stay this low for much longer, with Fantrax managers picking up the forward as an asset they can afford to stash away on their bench.  Perhaps the proof of just how good Saint-Maximin has been for Fantrax managers is that in the last five games (all of which he has started) his average points per game score of 12.5 has come about despite picking up just a single attacking return!  This chap is a genuine Fantrax points scorer and it would be remiss of you for not picking him up!

What’s Changed?:  We’ve picked a Chelsea defender for the second Hot or Cold article in a row, but whereas in Gameweek 12 Hot or Cold article we highlighted left-back Alonso as someone to consider offloading; we now switch our attention to right-back Azpilicueta.  If you’ve not been paying close attention to the Premier League, you might question why we are ranking club legend and captain Azpilicueta as cold; quite simply chaps he was dropped from the starting lineup in Gameweek 12 and it has raised quite a few eyebrows.  As the boys have discussed on @FPLKickaround podcast; you need reliable players who will play each week.  With Lampard dropping Azpilicueta and even more worryingly his replacement Reece James picking up the Man of the Match award; there will be many Draft EPL managers questioning their ownership of one of the biggest draft legends.

Recommendation:  We’d recommend holding onto Azpilicueta for the time being as Lampard has suggested that his captain was only being rested with big games to come.  That being said, if Azpilicueta puts in a couple of decent scoring Gameweeks; look to cash in on a trade with guaranteed starting Defender 1 or 2.

What’s Changed?:  Lanzini is injured, again.  We, like all Fantrax managers, are gutted about this latest injury news because Lanzini is a complete baller; but the reality is that even without the injury, the Argentinean may have found himself on the Cold list.  Form has deserted both Lanzini and West Ham, but the fact that Lanzini is likely to be out of action for a minimum of two months is absolutely catastrophic for Lanzini owners.

Recommendation:  Drop with immediate effect.  If available, the man you need to look to as a replacement is Lanzini’s West Ham colleague Antonio who is picked out in the recent GW13 Waiver Wire and Trade Targets article by @draftgenie.

What’s Changed?:  Well, the initial ‘settling in’ phase has now passed and Kean is still not featuring for Everton in any capacity other than off the bench.  Worse still, recently Everton has chosen Tosun to start ahead of Kean in Gameweek 12. That decision came after Tosun scored in the draw with Spurs in Gameweek 11.  Kean has slipped so far down the pecking order that this week rumours have broken that Everton is looking to let Kean leave the club in January.  Rumors we don’t think have any substance; but then Kean’s father has come out in the press this week to slam the decision made to join the Toffee’s.

Recommendation: Drop with immediate effect and pick up someone like Mousset, McGoldrick, Connolly, or Saint-Maximin.