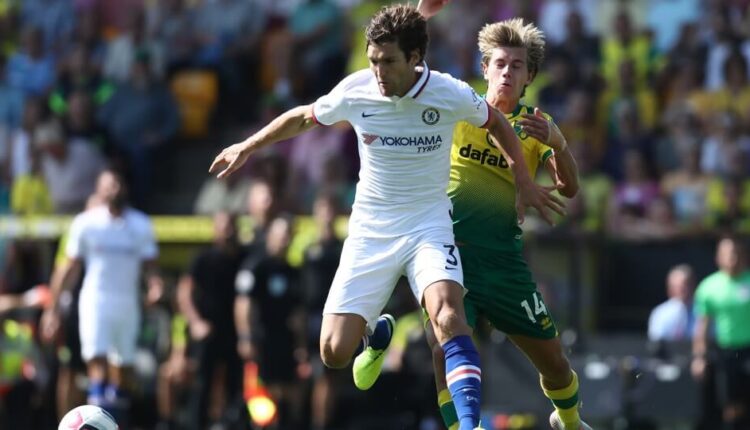 What’s Changed?:  The big question is can Willems keep his place in the side with Ritchie due to return from injury?  Our colleague @draftgenie certainly thinks so, as the Genie suggests in this Gameweeks Waiver Wire and Trade Targets article that Willems should be on your waiver wire radar!  We think that given Willems current form you’d have to back the Dutch left-back to retain his place in the starting XI.  Willems has been instrumental in the two wins and one draw which have come in the last four Gameweeks with Willems playing a vital role in keeping the clean sheet in Gameweek seven against Manchester United; whilst also contributing two assists in the last four Gameweeks.  Willems is a threat going forwards and with a seasons average of 10.62 points per game is a solid Defender four for any Fantrax squad.

What’s Changed?:  This chap is a must have!  Despite having featured in only five games so far this season, Trossard has made a huge impression on the Premier League and in Draft EPL in general.  With already two goals and an assist to his name, Trossard looks to be a really talented footballer with the ability to turn a game on its head.  Don’t be put off by the next four fixtures, whilst they are tough on paper, both Manchester United and Arsenal struggle to keep clean sheets; United haven’t kept a cleanie since Gameweek 4 and Arsenal have registered only one clean sheet all season.  We highly recommend picking up Trossard now before a rival manager reads Genie’s suggestion that Trossard is Brighton’s “most exciting and talented attacker” and snaps him up!

What’s Changed?:  We don’t expect the 12% ownership of Mousset to stay this low for too much longer.  Forwards are always at a premium and with Sheffield United in such good form and Mousset looking to be a nailed on starter for the next few Gameweeks; Fantrax managers will be jumping on the Mousset train as the hottest streaming player!  Why wouldn’t you stream Mousset?  He’s scored three goals this season, two of which have come in the last three Gameweeks.  Not to mention Mousset has turned provider on six occasions, five of which have come in the last three Gameweeks.  Also, take a look at those next five fixtures!  Like the rest of this Sheffield United side, Mousset is so hot right now!

What’s Changed?:  How can a player averaging 13.6 points per game in the last five gameweeks be ranked as cold?  Dropped for Gameweek 11, Alonso was subbed relatively early in the 4-2 Gameweek 10 win over Burnley; not to mention that Alonso started in the midweek Champions League game against Ajax – never a good sign!  Alonso was also subbed in the Champions League fixture at half time, suggesting that Lampard see’s Alonso as the weak link and certainly the defender to make way when changes are required.  Either way, we expect Emerson to continue at left-back for Chelsea in Gameweek 12.

Recommendation:  With Alonso’s stock still relatively high, we would recommend that you look to trade for a solid defender two.

What’s Changed?:  Having burst onto the scene Cantwell was a must-have player during the opening rounds as Fantrax managers streamed the Norwich City youngster.  Impressive performances, most notably against champions Manchester City saw Cantwell averaging 11.1 points per game in the opening five rounds of the season.  But since the 11 point haul against Manchester City in Gameweek four, Cantwell has averaged only 5.1 points per game with no attacking returns.  Crucially, Cantwell has also lost his place in the Canaries starting XI with Onel Hernandez coming back into the side with great impact.

What’s Changed?:  The two goals and one assist collected by Wesley in the Gameweek eight demolition of an injury savaged and low in confidence Norwich City side skews his statistics somewhat.  So with this in mind, let’s leave out the 37.5 points taken from Gameweek eight and analyze Wesley over the other ten Gameweeks.  Without the two goals and assist that came against Norwich Wesley would be able to boast only two goals and no assists for the season, with a points total of 54; averaging 5.4 points per game.  As we’ve discussed at length on the FPL Kickaround Podcast; to win Draft EPL championships, you need consistent points scores, and reader, Wesley is not proving himself as a consistent point scorer.

Recommendation: Wesley’s stock is still at a level where you can probably leverage a relatively good trade.  We, therefore, recommend that you attempt to trade out Wesley.  You might be able to go bold and tempt a Pepe owner into trading!  If the likes of Deeney, Mousset or Maupay are available, then we’d be tempted to drop Wesley in favor of one of these chaps; preferably Deeney.