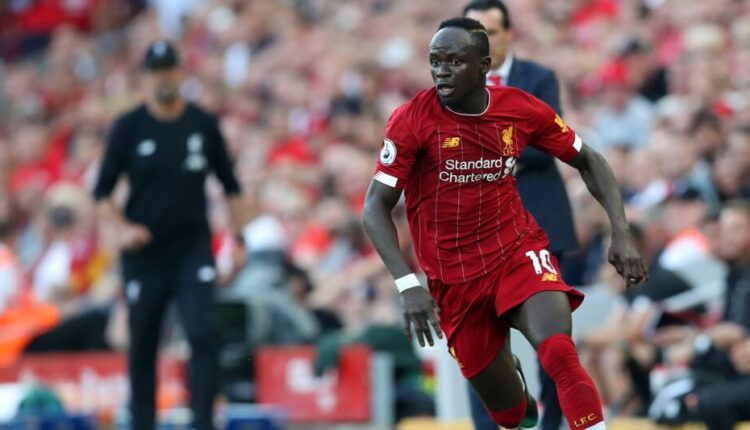 Wondering who the best current Fantasy EPL players to target are?  Look no further than our Top 120 ROS Player Rankings!!  We’ve updated our pre-season Fantasy Soccer Draft Rankings to produce an essential list of Premier League players that you simply need to acquire this season!

Here we rank our Top 120 Rest of Season Premier League players, based on their prospects on Fantrax between Gameweek 13 and the Rest of Season.  We’re basing these rankings on the intelligent and statistics based Togga scoring system.  Try and trade in the top players from this list!  And if any of these players are currently free agents, you simply have to sign them!

We’ve actually changed our opinion on our number one player for the Rest of the Season!  Last time around we backed Kevin De Bruyne, but with City looking likely to miss out on the title this season, Pep may prioritize the Champions League.  Therefore, De Bruyne could sit out the odd EPL game.  This means that De Bruyne has fallen down to second overall, with Liverpool’s Sadio Mane taking the top spot.  The Senegalese forward has been sensational so far this season, averaging 16 points per game so far.  Mane is outshining his more illustrious teammate Mohamed Salah, as he ranks as the fourth-best player for us.  Raheem Sterling takes the number three spot, with Trent Alexander-Arnold taking fifth place in our ROS Player Rankings.  The English defender continues to perform extremely well, averaging over 15 points per game!

James Maddison is ranked sixth overall in our ROS Player Rankings, and the second-highest midfielder.  The Leicester man has been improving his performances in recent weeks, as The Foxes have risen to second in the Premier League.  Maddison’s teammate Jamie Vardy is ranked in seventh place, as he continues to fire in the goals.  Vardy is usually dependent on attacking returns, but considering how well Leicester are playing, the attacking returns look set to continue!  Completing the Top 10 are forwards Roberto Firmino, Sergio Aguero, and Son Heung-Min.  Aguero is perhaps unlucky to only be ranked in ninth place, but Jesus has been performing well, and the fear of rotation always there.

Chelsea youngster Tammy Abraham is ranked 11th, as he continues to perform well under Lampard.  Abraham doesn’t look like he’s going to slow down!  Bernardo Silva and Jack Grealish are up next.  Bernardo has established himself in the City side once again, with Mahrez not appearing in the least four EPL games.  Grealish is performing very well for newly promoted Aston Villa, with all of their play going through the young Englishman.  Two big names that are struggling a bit this season are ranked next; Pierre-Emerick Aubameyang and Harry Kane.  We would have expected both of these forwards to be ranked in the Top 10 of any form of Player Rankings table, but looking at the ROS prospects, they simply don’t make the cut.  Aubameyang and Kane will both score goals, and good points, but they are both hugely goal dependent this season!

Next up we’ve got forgotten man Paul Pogba.  The French World Cup winner has been injured for what seems like an eternity, but we’re confident he’ll return soon, and start performing to his full potential!  Manchester United teammate Marcus Rashford is up next in 17th.  Rashford has been performing very well considering how poor The Red Devils have been this season.  He’s picking up some fairly decent ghost points to go alongside his goals.  Raul Jimenez, Sebastian Haller, and Alexandre Lacazette complete the Top 20.  All three of these forwards should continue to score well for the ROS, and fully deserving of a high position in our Player Rankings.

Our second defender is ranked 21st overall, as Lucas Digne enters our ROS Player Rankings.  The Everton man has performed very well in recent weeks, despite the Toffee’s struggles.  A trio of midfielders is up next: John McGinn, Youri Tielemans, and Gylfi Sigurdsson.  McGinn looks set to continue his great start to the season for newly promoted Aston Villa.  Tielemans has really upped his game in recent weeks, and Leicester shows no signs of slowing down.  Everton man Sigurdsson looks set to re-establish himself in the side after a poor start to the season; we still think he’ll right the ship come the end of the season.

We’ve ranked Chelsea youngster Mason Mount relatively low at 27th overall.  The midfielder will still finish the season as a top 30 overall player, but we’re predicting a little regression from his early-season form.  Mount is a young player in his first Premier League season, Chelsea has lots of midfield options, and Lampard could opt for a central midfield three of Kante, Kovacic, and Jorginho during games against the Top Six.  Defenders Ricardo Pereira and Andrew Robertson complete the Top 30 players.  These two full-backs will continue to provide their owners with good points scores, and the odd attacking return.

The on-fire Christian Pulisic is ranked 31st overall.  His recent displays have been simply stunning, but we think rotation will reduce his impact over the coming months.  Dele Alli is ranked at 32nd after working his way back into the Tottenham starting eleven.  He should be getting back to his best during the rest of the season.  Callum Wilson is a disappointing 35th overall after he’s shown in recent weeks he’s hugely goal dependent!  Leicester City man Wilfred Ndidi is ranked 37th overall, after showing just how insanely consistent has can be in central midfield for The Foxes.  We’ve ranked Crystal Palace forward Wilfried Zaha 40th overall, as we’re predicting he will score well over the coming weeks, and kick start his season!

Record Arsenal signing Nicolas Pepe has fallen down to 43rd overall, as he’s failed to start the last two games for the Gunners.  Rotation looks likely for the forward, but he’s still a good prospect due to a high points-per-game ratio, and a good deal of ghost points going his way.  Ryan Fraser is ranked 48th overall.  The Bournemouth man has regained his place in the side and is scoring fairly well, but he’s unlikely to get anywhere near his form of last season!  A trio of forwards is worth mentioning here: Adama Traore, Callum Hudson-Odoi, and Allan Saint-Maximin.  These Chaps are ranked 45th, 46th and 49th overall, and have the potential to score very well on their day.

Sheffield United pair Edna Stevens and Jack O’Connell come in at 56th and 57th after starting the season extremely well.  The Blades defenders will continue to score well for the foreseeable future.  We’ve ranked Tottenham midfielder Giovanni Lo Celso at 59th, although this one, in particular, was hard to judge.  The Argentinean should establish himself in the side over the coming weeks, and would, therefore, be worth this spot in our ROS Player Rankings.  Andriy Yarmolenko has fallen a fair bit since our last rankings, as he’s now 67th.  West Ham are very inconsistent.  Moussa Djenepo comes in at 71st, but he could easily outperform this ranking.

Big-name midfielders Christian Eriksen, Manuel Lanzini, and Riyad Mahrez are ranked 84th, 85th, and 86th respectively.  All three of these Chaps will have high points per game ratios, but they simply aren’t guaranteed the minutes.  Bringing these midfielders into your squad could help you on the odd week when they start, but you won’t be able to rely on them.  Two new names to the ROS Player Rankings are Trezeguet and Onel Hernandez, who are ranked 100th and 101st.  Both of these wingers have performed well in recent weeks and should be solid midfielders to own for the rest of the season.

NBA DFS Plays for Monday, 11/18: Never Turn Your Back on Love