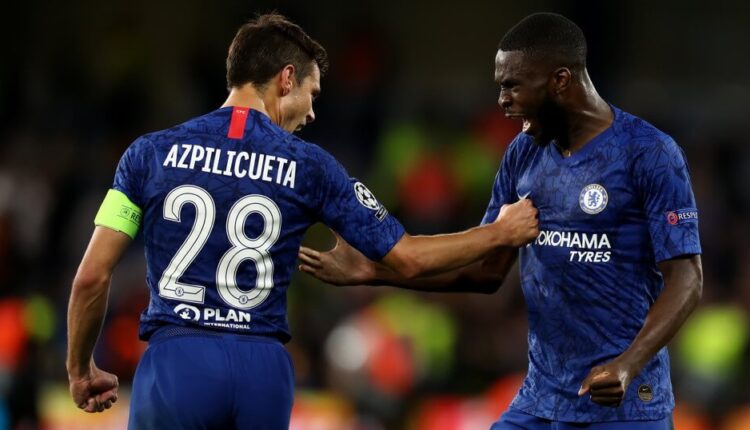 What’s Changed?:  Tomori is so hot right now that we even picked the young Chelsea central defender in our upcoming Chaps Choice Sleepers XI this Gameweek.  Having only featured in four Gameweeks, the young defender averages an impressive 8.62 points.  Moreover, many football pundits and experts would argue that since Tomori’s introduction to the side, Chelsea has looked more stable at the back.  Gameweek 8 opponents Southampton can be a hot and cold side; with the main attacking threat coming from Nathan Redmond.  Weirdly, Southampton has been better on the road than at home.  Strange; as most lower-ranked sides tend to use home fixtures as a fortress.  We expect Chelsea to shut out Southampton this weekend, and for Tomori to pick up his and Chelsea’s second cleanie.

What’s Changed?: With relatively low ownership Norwood is a must-have for this Gameweek.  The Blades central midfield maestro has been returning excellent scores, notably 13.5 points in the Gameweek 5 loss to Southampton.  However, it is Norwood’s ability to steadily accrue points that makes him such a must-have for any Fantrax squad at the moment.  For instance, in his last five Gameweeks, Norwood averages 8.3 points, but his season tally is an impressive 9.36 points.  With struggling Watford up next we’d expect Norwood to add to his overall points haul of 65.5 points.  The Sheffield United man is a great player to target for trades!

What’s Changed?:  Wesley is very goal dependent which typically isn’t the best thing when picking out a player to stream.  However, this week Wesley is playing Norwich City and, well reader, we all know how poor the Canaries defense is!  Norwich average 2.28 goals conceded per game, and their chances of rectifying this worrying statistic will be pretty low with so many injuries across the squad and will be forced into fielding their third-choice keeper this weekend.  Wesley looks prime to add to his solid points-scoring tally.

What’s Changed?:  Our patience has finally run out.  Whilst we’ve picked out Alderweireld, to be perfectly honest chaps, we could have picked any of the Spurs defenders.  Tottenham have been poor at the back, with only one clean sheet so far this season.  Alderweireld, similar to Kyle Walker, starts for a Top Six club, but actually scores pretty poorly.  His 22.75 points haul in Gameweek 5 is skewing his statistics.

Recommendation:  We recommend trying to trade Alderweireld out to a manager who hasn’t realized that Spurs have kept only one clean sheet in the opening seven Gameweeks!  His high ownership of 87%, suggests that Fantrax managers are holding onto Alderweireld in the hope that his form improves.  After seven games and an average of 5.07 points per game, our patience has run out.

What’s Changed?: Despite a very mini-revival throughout the Draft Fantasy Football world that Ozil was to return to the starting lineup and becoming the player he once was; this has not materialized.  Youngster Saka has started ahead of Ozil in Gameweek 6 and 7.  Moreover, Saka looked really lively.  Even youngsters Nelson, Willock, and Martinelli made the bench ahead of him for the Gameweek 7 trip to Old Trafford.  Awful.

Recommendation:  Drop him immediately.  Anyone that is still persisting with Ozil is kidding themselves.  Having started one game, played only 71 minutes of football, and been selected in just three matchday squads; it looks very unlikely that Ozil will get much playing time this season.

What’s Changed?:  This season started well for Adams having been selected to start in every Gameweek up until this most recent Gameweek 7.  Despite starting and playing a handsome amount of minutes; Adams has not scored a goal or registered an assist.

Recommendation:  With Ings coming into the starting lineup and scoring, we think Adams will find it hard to displace Ings from his slot in the starting lineup.  Considering Adams hasn’t scored a goal yet either, we’d advise dropping Adams for the time being, but keep an eye on the lineups over the coming Gameweeks.

Week 5 Rankings: Getting Sick on the Quarterback Carousel