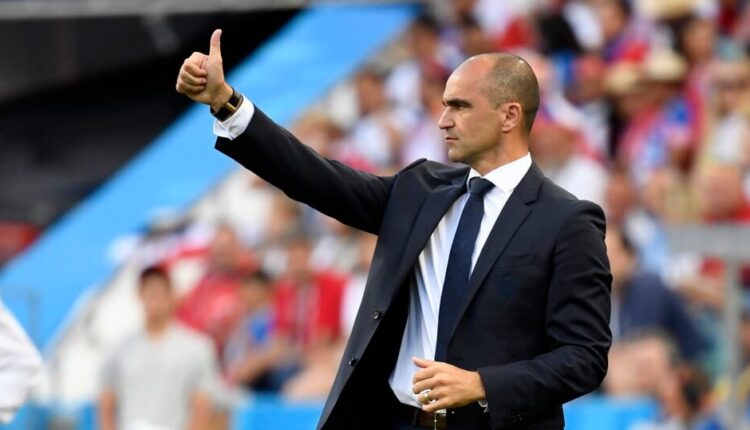 Want some advice on how to keep your Fantrax Fantasy EPL league active?  Our Fantrax HQ Team of writers has come together to compile a list of some of the ways that you can do this!  Read below for some fun ways to keep your fellow managers invested, interested, and active in your Fantrax league!

How To Keep An Active Fantrax League…

Our team of Fantrax HQ writers has each submitted their ideas for how to keep an active Fantrax league.  Take a look below, and try and incorporate some of these into your league!

Perhaps the easiest way to keep your Fantrax league active is to initiate an entry fee.  In theory, managers will continue to be invested in the league if there is money to be won at the end of it.  Money talks and all that.

The league entry fee is historically used for the prize money for winning the league.  This is sure to keep all managers interested for the whole season if there is a big pot of money to be won at the end of it!  However, setting aside prize money for various things throughout the season, rather than just the final standings is encouraged.  You could have prize money for certain awards or criteria, such as the most trades completed, or the best waiver wire pickup after Gameweek 10, for example.

In our Home League we each contribute £50 per season, with the majority of this being awarded to the manager who finishes in first place.  The remaining money goes towards paying for our league trophy, as well as the awards ceremony at the end of the season.  All managers know that their money is being used for these things, so they are money inclined to maintain their activeness in the league, as well as in the banter and social events because of this.

Our entry fee money is used for a wide range of aspects, as you can see!

If you plan on keeping your league going for several years, you can put extra emphasis on the importance of the draft and holding players.  In my private league, we allowed 1 player that you could keep the following season, as long as they were drafted after Round 7 the previous year.  Of course, you can amend that rule to your league sees fit.

Having the ability to carry a player into the following season will make your league put extra focus into their drafting/pickups, focusing on players that could have a decent year in their current season then potentially rise to stardom the following year.  This will also help to encourage trades, as if you acquired that player through trades or the waiver wire they are eligible as a keeper as long as they were drafted Round 7 or later.  If a manager is feeling down and out for the current season, they may start to enter negotiations to get a potential star player for the following season to get a leg up.  Not only will this keep your Fantrax league extremely active, but it brings the banter to another level.

An interesting example could be Rodrigo or Trezeguet.  They were more than likely drafted after Round 7 this season, but don’t necessarily have the value needed to win you the league.  A manager at the bottom of the standings could see this as an opportunity to trade and get ahead for next season by giving the manager trying to push for the current title a bigger name/more attacking players such as Ward-Prowse.

An essential feature of a Home League containing a group of school or work friends is to Punish The Loser of your Fantrax Draft League!  We strongly recommend creating some rules to punish the overall loser of your league to ensure that all managers are invested in the league for the whole season.  This will create a competitive environment for the league, as well as producing some minor humiliation at the end of the season!  Essential to keep a Fantrax league active!!

In our Home League we heavily punish the manager who finishes bottom of the league: The Sacko (inspired by sit-com The League).  The Sacko has a uniform consisting of an outfit, hat and shoes which are all seriously embarrassing.  These items must be worn throughout the season when all managers meet up.  We present The Sacko with the ‘outfit’ at our end of season awards event which he has to wear for the remainder of the day, which includes a night out.

Creating a scenario where the loser of the league suffers punishments is extremely healthy for the state of your Draft League.  Your Fantrax league will become increasingly active and competitive, as managers are left panicked by the threat of potential forfeits.  Managers at the bottom of the league will therefore possibly be trying harder than those fighting for the league title!  Come the end of the season, this also produces many opportunities for the non-losing managers to have a good laugh at the expense of The Sacko.

A few years after the creation of my weekly, head-to-head draft league (with keepers), we realized that we had an issue: though our Fantrax league was incredibly active for the vast majority of the season, managers at the bottom of the table stopped playing near the end of the season.  This created basically a “bye” week for managers facing them, as those lower-table owners had stopped managing their teams and setting lineups.  And in their defense, what motivation did they have to continue to obsess over their teams?

They were not in the running for the cash prizes that go to the top 3 spots, they weren’t going to win any of the other cash prizes we dole out for things like “Most Points” or “Highest Average Score,” and they weren’t winning many weekly matchups.  I get it.  That’s not fun anymore.  But, what if you could create a competition at the bottom of the table that mirrored the one happening at the top of the table?  In a way, that’s what we did.

So, we created a tiered system for league entry fees.  So as to not alienate or elevate any one country, let’s say that the league costs 20 bitcoins to enter.  Anyone who knows anything about bitcoin knows that’s an absurd amount of money (roughly 176,000 USD), but just roll with it.  So, managers expect to pay that from year to year.  But what we instituted was a system that rewarded those at the top of the table and penalized those at the bottom of the table by increasing and decreasing the league dues strategically.  You can see the basic structure of the tiers below:

As is evident, placing eighth means that you pay the normal, expected amount of 20 bitcoins.  Every spot below that is slapped with a penalty, costing those managers increasingly more bitcoins.  As a result, we saw managers at the bottom of the table scrapping it out until the end, because every single week and every single win could be saving them 5-10 bitcoins.  You can tweak the tiers however you like, increasing or decreasing the penalty.  But we have found that this works if you’re running into a situation where those bottom-dwellers have decided to pack it in because it’s just not worth it anymore.

Want an easy to implement idea that will maintain an active Fantrax league: how about having an alternative way of qualifying for the end of season playoffs?

You could open up the final qualification spot for the end of season playoffs to the manager who has finished as the ‘lowest scorer of the week’ on the fewest occasions.  If you have eight teams that qualify for the playoffs, how about having this made up of the top seven managers, plus the manager who had the lowest weekly score on the fewest occasions?  This will ensure that the managers towards the bottom are always trying their best, as they could qualify for the playoffs by scoring steadily throughout the season, but just being unlucky in facing high scoring managers for most of the season!

This is just one idea, but you could open up the final playoff qualification spot in your league to reward something other than just finishing in the top four or top eight! The manager who completed the most trades, or the manager that scored the most total season fantasy points (other than those who already qualified). Anything like this would maintain the activeness within your Fantrax Draft League!

Being at the bottom of the standings so early in the season is very discouraging.  It may make some managers want to throw in the towel; especially if they drafted players who sustained early-season injuries, or are nowhere near the player they were last year.  Having 1 or more mid-season drafts will allow those near the bottom of the table to get a fresh crop of players.

You could do this by keeping track of the overall standings through an excel document or keep creating separate leagues on Fantrax and add up the standings at the end of the season.  In my Home League, to give more incentive, we will let whoever wins that “round” of standings to choose the draft pick order of every manager for the next redraft.  Keeping the standings in tact for the whole season, will ensure that no one who drafted well at one point is punished for the mistakes of other managers.

Having a ghost team is no fun, especially if that team has 2-3 players everyone wants to trade for, by agreeing to redraft at certain points before the season begins will keep everyone active, knowing that every win matters.

How about a special pot of money set aside from the league prize money specifically used to disincentivize a LACK of effort. We call this the Elimination pot, and here’s how it works.

It’s simple. Everybody league manager starts with three lives (or four/five depending on the league size). You lose a life every time you are the week’s LOWEST scorer. Once you have lost all your lives, you are eliminated from the pot. The last man standing wins a percentage of the prize money for the season. Around 15/20% of the total pot should work well.

To spice things up, you could provide managers with more lives than there are gameweeks. So if you have 14 managers in your league and everyone had three lives to start with, it would take 39 and 41 gameweeks to conclude. So to counter that, and to ensure that it doesn’t extend further than gameweek 35, you could have six weeks of “Double Jeopardy”. The Double Jeopardy weeks could be Gameweek’s 25, 26, 27, 28, 29, and 30, and in them, it would be the lowest TWO scorers that lose a life.

This should make things a bit more interesting, and people will always want to avoid losing if there is money involved! By eliminating the lowest scorer for the week who is still in contention, additional banter and competition will be provided to the league!