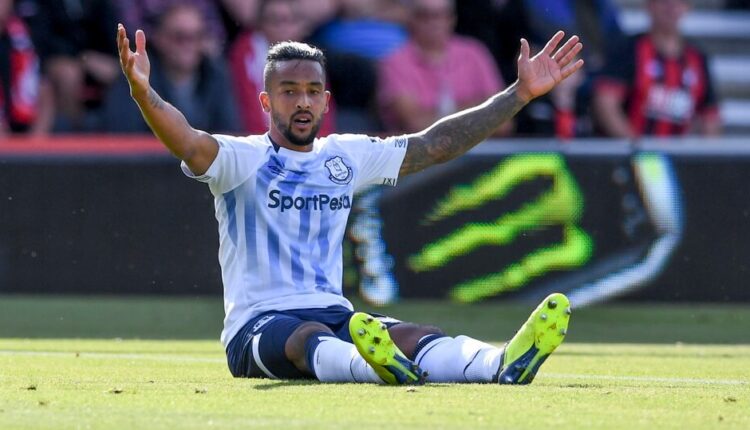 Our Gameweek 13 Chaps Choices article provides Fantrax managers with a Fantasy EPL Sleepers XI.  Our starting eleven of Premier League differential picks will help you find a golden ticket to a big score this weekend!  These hints and tips will give you a better chance of picking up an all-important victory, as one of our Fantasy EPL sleeper picks could easily make the difference in a Head-to-Head game!

Prospects:  Foster has been upping his game in recent weeks, with three double-digit scores in a row!  Pretty great for a goalkeeper playing for a side in the relegation zone!!  Watford has conceded just one goal during the last three games, and Foster has also made an amazing 18 saves during these fixtures!  This weekend Watford face Burnley at home, and they will be confident of gaining another victory after gaining their first win of the season in Gameweek 12.  Picking up Foster as a streaming goalkeeper for Gameweek 13 is recommended, and he’s deserving of a slot in our Sleepers XI.

Alternative Choice:  If you don’t fancy backing Watford, then Bournemouth youngster Aaron Ramsdale (55% ownership) is worth a look.  Ramsdale has four double-digit scores in a row, through a mixture of clean sheets and save points.  Bournemouth faces Wolves at home this weekend.

Prospects:  Adam Smith features in our Sleepers XI for the second week in a row, as a nice home fixture in Gameweek 13 should reap rewards.  Bournemouth had been performing very well at the back before the Gameweek 12 loss to Newcastle.  The Cherries kept three clean sheets in a row prior to this.  Smith is a solid option this weekend, as he has clean sheet potential, as well as attacking return potential.  The English full-back has been getting forward pretty well in recent weeks and is a good alternative to the much higher owned Rico.

Alternative Choice:  As we’ve stated above, Watford has actually been playing a lot better in recent weeks, and improving their defensive displays.  Daryl Janmaat (45% ownership) is worth a look if you’re in need of a defender for Gameweek 13.

Prospects:  This weekend league leaders Liverpool face a trip to Crystal Palace, and Lovren should earn a start in the continued absence of Matip.  The Croatian defender has actually been scoring better than fellow defender Van Dijk in recent weeks.  The Reds have been fairly poor at the back so far this season, but you can’t pass up the chance to bring in a guaranteed starter in the Liverpool defense if you can.  Lovren has just 45% ownership on Fantrax, so he’s a worthy addition to our Gameweek 13 Sleepers XI.

Alternative Choice:  If you don’t trust Lovren for this weekend, then another defender from a “Top Six” club may take your fancy.  Hector Bellerin (45% ownership) gained his first start of the season in Gameweek 12, and although he scored disappointingly, he may be worth a punt this weekend!  Bellerin faces Southampton at home, so a decent score could be achieved.

Prospects:  We’re pretty big fans of Aston Villa’s French right-back Guilbert.  He’s been scoring well despite a severe lack of clean sheets, due to his good attacking instincts.  Guilbert was ranked as the 28th best defender in our recent ROS Player Rankings, which shows that he does have potential.  This weekend The Villans face Newcastle at home in what should be an entertaining game.  We’re expecting both teams to score, but Guilbert should score well based on key passes, successful dribbles, or accurate crosses.  As a defender, he’s likely to pick up a few points for tackles, aerials, or interceptions too!

Prospects:  Sidibe looks to have established himself in the Everton side since taking over whilst Coleman sat out through injury.  Everton won in Gameweek 12, so we can’t see the Frenchman losing his place in the side!  An assist was gained en route to a double-digit score last time around, and we’re expecting more of the same in Gameweek 13.  Everton face a Norwich side who have only scored one away goal all season!  A clean sheet will surely be gained, and attacking returns are certainly a possibility.  Sidibe featured in our Hot List for Gameweek 13, but be wary of the Everton fixtures turning for the worse after this weekend.

Alternative Choice:  Everton teammate Mason Holgate (0% ownership) is also a decent punt if Sidibe has already been taken in your league.  The young defender looks to be preferred to Keane at the moment and scored well in Gameweek 13.

Prospects:  Antonio has returned to full training for West Ham, and considering how poorly they have been performing, we would suggest he’s going to slot straight into the starting eleven this weekend!  With Lanzini injured, and Yarmolenko and Anderson struggling for form, Antonio is likely to start from the off this weekend as West Ham face an out of sorts Tottenham side.  Even if the versatile Englishman doesn’t start this weekend, he’s still worth signing.  Antonio simply will be given a chance in the side of the coming weeks, and he’s likely to take it.  We all know there is a lack of solid midfielders in Fantrax Fantasy EPL, so taking a punt on Antonio is worth the gamble as he’s usually a pretty good Togga scoring player!

Alternative Choice:  If you don’t fancy taking a punt on a player who hasn’t played since August 24th, then Andreas Pereira (55% ownership) is a worthy alternative.  The Manchester United midfielder has been improving his performances in recent weeks and scored last weekend.  The Red Devils face a Sheffield United side without an ineligible Dean Henderson, and potentially John Egan, so they are likely to concede.

Prospects:  Now We backed Trezeguet back in Gameweek 12, and he delivered another goal, and another double-digit score.  The Egyptian winger is really finding his feet in the Premier League, with three double-digit points scores, as well as three 90 minute outings, in the last three games.  Trezeguet looks set to perform well over the rest of the season and is a solid MID4.  He’s even made our Top 120 ROS Player Rankings based on his recent performances.  This weekend Aston Villa faces Newcastle at home and has a great chance of picking up a victory.  Trezeguet is one of the marquees picks of our Gameweek 13 Sleepers XI!

Alternative Choice:  A similar tricky winger from a newly promoted side is Onel Hernandez (36% ownership).  The Cuban born German has been performing well since returning from injury a few weeks ago and will perform pretty well from now until the end of the season.  Hernandez is well worth signing if you can, despite the poor form of Norwich.

Prospects:  We told you Chaps last week that we’re certainly not big fans of Almiron, but his numbers continue to be decent.  Over the last three games, the Paraguayan international midfielder has scored 7.5, 9, and 5.5.  These numbers are fairly decent considering there have been no attacking returns gained.  If Almiron can finally find his shooting boots, he could score well over the upcoming fixtures.  Newcastle looks a lot better in attack now that Saint-Maximin has established himself in the side.  This weekend The Magpies face a trip to Aston Villa, and we’re predicting goals in his game.  Almiron has actually had the most shots on goal without scoring in the Premier League so far this season; is this weekend his time?!  Worth a punt, and worth inclusion in our Gameweek 13 Sleepers XI!

Prospects:  A forward playing against Norwich?  Yes, please.  Unfortunately for fans of The Canaries, Norwich City concedes goals.  Especially away from home.  Therefore, we just have to back Walcott for our Gameweek 13 Sleepers XI article.  The Everton forward has been playing pretty well in recent weeks and considering Everton actually won a game last time around, Walcott has to keep his place in the side.

With just 21% ownership at the time of writing, we’re shocked that people aren’t backing the veteran Englishman.  Walcott has gained double-figure scores in both of Everton’s recent wins, in Gameweek 9 and 12.  Last time out he gained 10 points via three key passes, and three successful dribbles.  If Walcott can add a goal or assist to these kinds of statistics, he’ll be in for a very good Gameweek 13.  Fantasy EPL managers would be wise to bring him in ahead of this weekend.  Just know that you’ll have to drop him after this weekend, as Everton’s fixtures turn near-impossible!

Prospects:  Now here’s a low ownership player that we’re really quite excited by.  Veteran striker David McGoldrick has performed very well in recent weeks, and Sheffield United have a great upcoming fixture schedule!  McGoldrick has gained points scores of 11.5, 8, and 20 during his last three appearances, with just one attacking return during this period.  The Irishman completed four key passes during the 1-1 draw with Tottenham, and he’s filling out his stat sheet pretty well in general.  This weekend The Blades face a Manchester United side who are incapable of keeping a clean sheet, or defending well in general.  McGoldrick should see plenty of the ball and will have lots of chances to pick up attacking statistics.  Picking up the under the radar veteran is one of the best pieces of advice from this Gameweek 13 Sleepers article.

McGoldrick’s recent form has even promoted him into the Top 100 of our ROS Player Rankings!

Alternative Choice:  Another forward with very low ownership despite some decent recent scores is Brighton youngster Steven Alzate (9% ownership).  The Colombian international has gained double-figure scores in both of his last appearances, despite zero attacking returns.

Prospects:  Our final pick is a mainstay in our Sleepers XI articles at the moment; the criminally under-owned Allan Saint-Maximin.  The Frenchman has been incredibly consistent in recent weeks, as his ghost/peripheral points have been amazing.  Saint-Maximin also gained his first attacking return in Gameweek 12; an assist against Bournemouth.  This weekend Newcastle faces Aston Villa, and we’re expecting goals in this one.  Saint-Maximin has added a different dimension to the Newcastle attack alongside Joelinton and Almiron.

If you play with Togga Scoring on Fantrax, Saint-Maximin simply has to be signed.  We can’t stress this enough!!  We ranked him 49th overall in our ROS Player Rankings earlier this week – and the 25th best forward.

Alternative Choice:  With Saint-Maximin likely to be taken in all active Togga Scoring leagues, we would suggest looking at Divock Origi (55% ownership).  The Liverpool man looks set to start this weekend against Crystal Palace, with Salah struggling with injury. 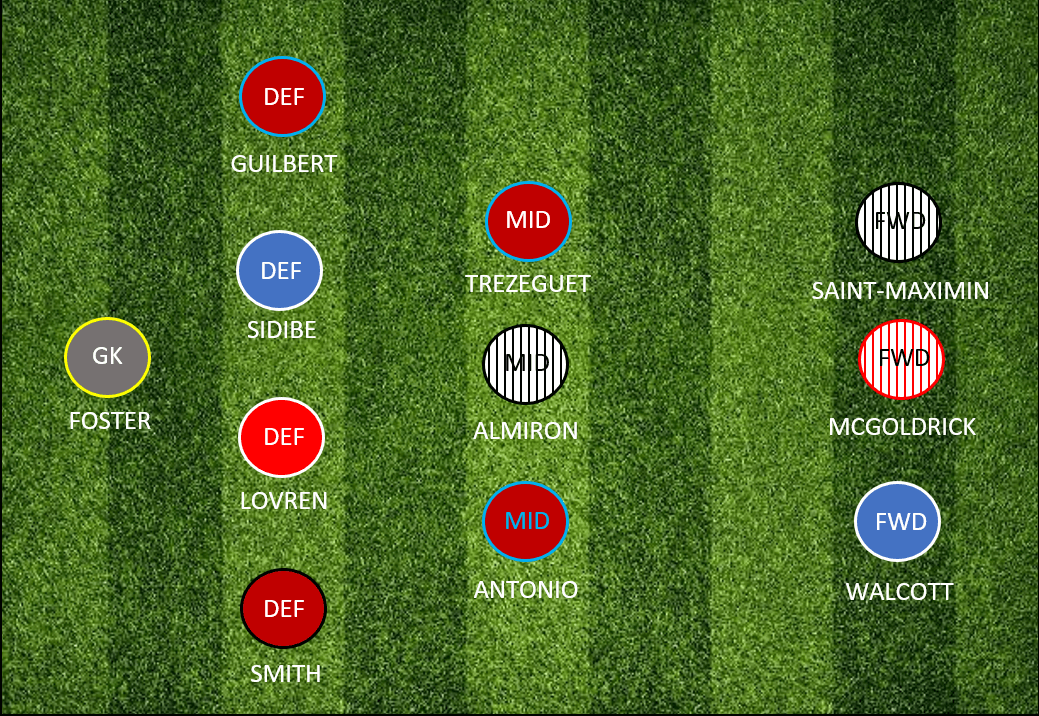