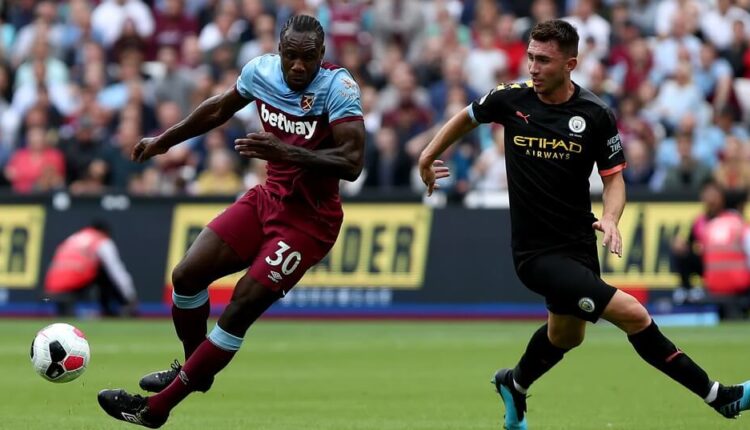 Every Fantrax manager knows that Waiver Wire and Trade acquisitions can make or break your Fantasy EPL season.  The Gameweek 13 Waiver Wire is here to help managers pick up the best Premier League players possible from the waiver wire, as well as suggest players to potentially target for a trade with a fellow manager!

Here we outline Fantasy EPL Waiver Wire Targets that have 40% ownership or below on Fantrax.  These players will also have a favorable run of fixtures upcoming, so they could perform very well over the upcoming period!  Trade Targets will be players who look set to do well over the upcoming period, but their ownership statistics suggest they are probably taken in most draft leagues!

Prospects: Watford have managed to keep 3 clean sheets in their last 5 games, and now have a friendly run of fixtures coming up. Dawson is a mainstay in that team and has the chance at some solid returns of the next few weeks. Unfortunately, Dawson doesn’t pick up as many ghost points as we would hope, but with Kabasale suspended and Burnley up next that could change. I would look to add Dawson as a DEF3/4 for the next few weeks while Watford has a friendly run of fixtures. Ahead of Gameweek 13, I would use a low priority waiver claim on Dawson. With Watford playing well defensively he could return double-digit points over the next few matches.

Prospects: Fred has slowly become a usable Fantrax asset, and is making that deep-lying playmaker role his to lose. His “hockey assist” vs. Brighton was a piece of magic, and he is becoming the player all United fans hoped for. In his last three games, he has scored 7.5, 12.5, and 7 without any attacking returns. Ghost points will help you to win your league, and because of them, Fred can be considered a solid MID5 with upside going forward. United doesn’t have the easiest run of games, but as a deeper-lying player that shouldn’t negatively impact his points. I would use a mid-tier waiver claim on Fred ahead of Gameweek 13. With the midfield pool becoming shallower each week, it is these kinds of players who rack up ghost points that could make the difference.

Prospects: Antonio is back in full team training, and will apparently be back in the squad after this international break. West Ham has fallen off a cliff since its win vs. Manchester United. Antonio will be a welcome addition to a squad that is lacking creativity and pace. With Lanzini, apparently out for around two months he looks to have an easier route to playing time. Antonio has always been great for fantasy managers, but his problem was always staying healthy, if he can manage to stay healthy and crack the starting XI, I would consider him a MID3. He fills up the stat sheet nicely with aerials, dribbles, shots, and key passes, and with such low ownership is definitely worth a stash. Ahead of Gameweek 13, I would use a top priority waiver claim on this high upside player.

Prospects: Southampton have been looking more like a relegation team each week, but James Ward-Prowse has been improving in his fantasy output. He has scored at least 8 points in each of his last 5 matches even against some tough opposition. With a friendly run against a lot of leaky defenses, we could see Ward-Prowse add a lot of attacking returns to his name. Ahead of Gameweek 13, I would try to trade in Ward-Prowse. I would offer a MID4/FWD3 + DEF 2 combo. You can include players such as Ndombele, Townsend, Almiron, Ings, Wesley packaged with the like of; Burn, Evans, or Maguire. Ward-Prowse can be considered a MID3 with the upside of MID2 thanks to his set-piece duty and friendly schedule over the next month.

Prospects: With the state of Arsenal Football Club right now, you may be hesitant to trade in an Arsenal player. Lacazette has put up decent numbers since his injury, including 11 shots, and 2 assists in his last three starts. Lacazette was probably drafted in rounds 2-3 in your league, and will still retain that value by the end of the season. I would look to jump on Arsenal’s recent lackluster performances and trade for Lacazette ahead of Gameweek 13. If a manager is frustrated with Arsenal in general, try offering them a FWD2 from a different team such as; Deulofeu, Wilson, or Zaha. As well a package of a MID2/3 + DEF2/3 may work also including players such as Redmond, Ndidi, Barnes, Kante with Wan-Bissaka, Jonny, or Aurier.

Fantasy EPL Players to Trade Out

Prospects: Harry Kane has had a sub-par season fantasy-wise, even with 6 goals in 11 starts. He is averaging 9.86 points a match, and in games when he hasn’t scored he has never got more than 4.5 points. For a player that was more than likely drafted in Round 1, this is not encouraging. The worst part is his performances, as well as Tottenham’s, doesn’t look promising for the future. As a player known for taking loads of shots, in his last five games he has only managed 10 shots with only two of those on target. Kane may be affecting your fantasy team as a first pick who is not getting you 10 points week in and week out. Ahead of Gameweek 13, trading out Kane for the right deal could be beneficial for your overall team construction going forward. I would look for a package including a MID2 + FWD2, and even a DEF2/3 in there. Adding that much value to your squad will add points all over the board that Kane wasn’t getting. I would target some combination of these players: Tielemans, Jimenez, Buendia, McGinn, Robertson, Zaha, King, Van Dijk, and Anderson.