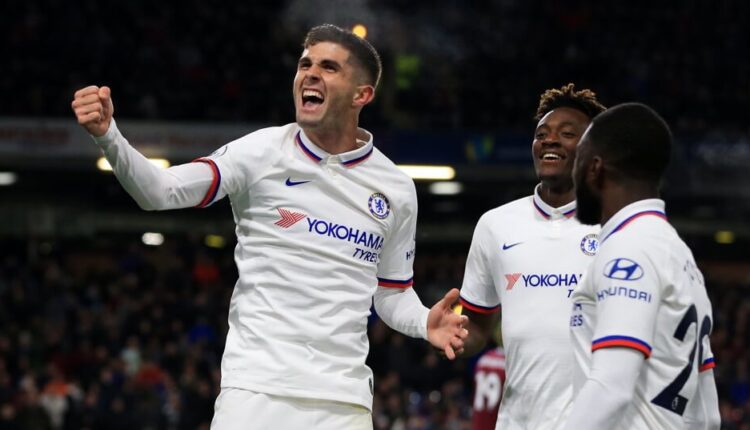 What’s Changed?:  Chelsea is absolutely flying right now, as is left back Alonso, who is on red hot form.  Having missed the opening rounds of the season, Alonso has not looked back since regaining his place in the side; with two assists and a goal Alonso has become indispensable for manager Frank Lampard.  With four consecutive wins for Chelsea in the Premier League and with excellent fixtures coming up (aside from Manchester City) we fully expect Alonso to continue racking up the Fantrax points.  If you can somehow spin a potential trade offer that includes Alonso; take it!

What’s Changed?:  Having been in and then out of the side, Pulisic will now almost certainly get a good run in the side after his hat-trick in Gameweek 10 against Burnley.  Chap 2 actually tipped Pulisic before the start of Gameweek 10 on the Fantrax’s FPL Kickaround Podcast.  Chap 2 was pretty confident that Pulisic would get the nod for the Burnley match because of the promise he’d shown in the previous two Gameweeks, the performances in the Champions League, and possibly more crucially; the injury to Ross Barkley.  For a Draft EPL manager, Chelsea is a golden side.  With their attacking outlook and the youthful stars playing that excellent carefree style; Pulisic is not only a guaranteed starter, but he is also a starter in an attacking side with great potential for excellent attacking returns!

What’s Changed?:  We don’t expect the 76% ownership of Perez to stay that low for very long after the hat-trick.  Naturally, managers will be drawn to Perez; which plays into the hands of Perez owners nicely.  If available on your waivers, we would recommend picking Perez up immediately; and we will come to the reason why in just a bit.  Perez has been the subject of much Fantrax debate this season, with many managers getting in touch to ask what should be done about Perez?  Leicester is playing some great football, and appear to have settled into a 4-1-4-1 with Perez taking up a position on the right-hand side of the midfield, with the license to cut back into the pitch with devastating effect.  However, until Gameweek 10 (and let us just add that Southampton looks woeful) Perez’s stock was not so high; averaging 6.6 points per gameweek in the previous five.

So why the recommendation to pick Perez up?  Quite simply, the emotional managers in your Draft EPL league will be desperate to get on this Leicester train at almost any price; but Perez doesn’t score particularly well in Fantrax being so reliant on goals.  Remember what Totti was saying on the FPL Kickaround Pod a few weeks ago: treat your players as commodities, as their stock rises; cash in!  Well this commodities stock is high after that hat-trick, now is the time to cash in!

What’s Changed?:  This must be somewhat unsurprising?  To be perfectly honest, we could have suggested any of the Southampton defenders, but it is unlikely you will have any, other than Vestergaard when looking at the ownership statistics.  For a start, it isn’t just the 0-9 home defeat to Southampton that should warn off owners of Vestergaard as to whether they should be holding onto him; he averages -1 point per game over the last five gameweeks.  Dreadful.  Southampton look a team destined for relegation having flirted with it for the past couple of seasons.  For now, Draft EPL managers shouldn’t entertain the idea of holding a Southampton defender.  Manchester City are up next for Vestergaard; oh dear.

What’s Changed?:  It would be easy to pick out another Southampton player here, or even a Norwich City player like Todd Cantwell; particularly given that Onel Hernandez a goal-scoring return from injury in Gameweek 10.  On the subject of Onel Hernandez, check out the Waiver Wire and Trade Targets article written by @draftgenie who highlights Hernandez as a potential pick up among others!

So as we were saying, whilst the likes of Cantwell et al are cold, we want to focus more on a big name whose performances and future have us worried; Eriksen.  The Tottenham play-maker, so often Mr. Consistent for Spurs has failed to string together a genuine run of good form this season, dipping in and out of games and averaging a miserly 6.11 points per Gameweek.  As we’ve touched upon in the past, Fantrax winning sides need regular points scorers, and whilst it will be tough to look at a first / second-round draft pick and think I need to get rid unfortunately this is the reality Eriksen owners are facing.  The final nail in the coffin (excuse the Halloween pun) will be that Eriksen looks almost certain to leave Spurs in January as the club will undoubtedly want to cash in on a prized asset.

Recommendation:  We recommend trying to trade Eriksen out of your squad with someone who is still willing to gamble that Eriksen might go on a consistent run of form and not leave the club in January.  Depending on who is available, we’d set our sites on a Midfielder 3 (such as Harvey Barnes) as your replacement.

What’s Changed?:  Early season Fantrax bolter Pukki, who stole the show in the opening Gameweeks, has seen both his form and Fantrax stock fall by the wayside in recent weeks.  Having starting the season with six goals and two assists from the opening five Gameweeks, Pukki has picked up no attacking returns from the last five games.  There is a growing concern in the Draft Community that Pukki is going to completely fizzle out, with many Fantrax managers having already jumped ship and traded the Canaries striker out of their squads.  With this sorry assessment considered, there are two thing that you cannot deny Pukki; Norwich create chances, and Pukki is still finding himself with opportunities to score.  In fact Pukki had a golden opportunity in the Gamweek 10 fixture, which would suggest he can regain his form.  The more astute Championship followers (or Norwich City fans) will also recall Pukki went on a no goal-scoring run last season but still finished on 29 league goals.  All hope is not lost yet.

Recommendation: Pukki’s stock is at such a level now where we would question the value you will receive in a trade offer.  So with this in mind we’d explore the options available to push ahead for a trade, however, realistically we’d expect ‘hardball’ offers, so unless you receive an offer worth your while then sticking and hoping for a return to form is your best option chaps!