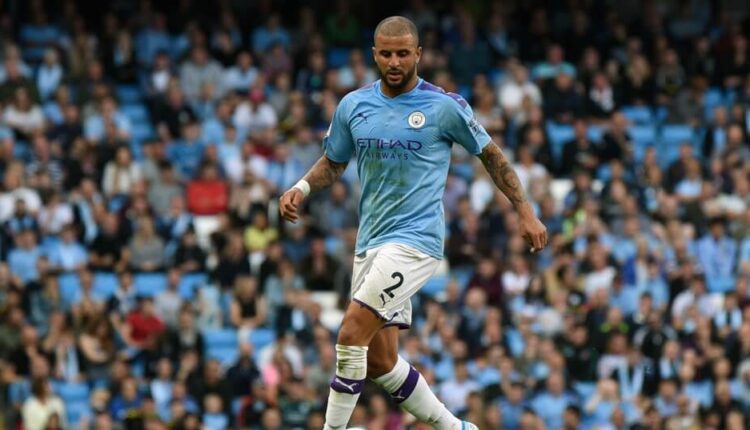 What’s Changed?:  We are big fans of Sheffield United and how they are approaching life in the Premier League, yet for some reason, we (the universal ‘we’) seem to not want to take a punt on Sheffield United players.  Lundstram is a great example of this.  Despite an average points haul of 10.05 per game over a nine Gameweek period, Lundstram is still only 57% owned across Fantrax.  With four clean sheets to his name, Lundstram is also at a major advantage of being one of those players categorized as a defender; yet playing in a more advanced midfield position.  A highly underrated player, and one to certainly look to have in your squad a stream over the coming Gameweeks!

Top Tip:  Literally sign any Sheffield United defender who is a free agent in your Draft League.  Stevens (74% ownership), O’Connell (41% ownership) and Egan (19% ownership) have been scoring very well.  Even Basham (6% ownership) and Baldock (25% ownership) are worth picking up based on The Blades’ defensive form!

What’s Changed?:  Having finally started his first Premier League game of the season, Alli registered a goal which saved Spurs’ blushes against bottom-placed Watford.  It wasn’t just the goal that stood out, Alli seemed back to his creative best, registering two shots on target as well as creating two chances.  These types of statistics are key when looking at potential players; as Alli is proving he will not rely solely on goals and assists for points.  Whilst problems are still seemingly apparent at Spurs, Alli’s performance will encourage Draft EPL managers who own the Spurs midfielder; as he will be almost certain to retain his place in the starting XI.

What’s Changed?:  He is starting games and scoring goals; there nothing else we require from our strikers!?  Goals are coming thick and fast for Ings who has three goals in three games, which takes his season tally to four goals and one assist.  In this form, there is no way Ings will lose his place in the starting XI, only injury; which we all know has been Ings‘ main stumbling block in the past will remove him from the team.  Whilst the fixture list looks tough on paper; Leicester, Everton, Arsenal and even Manchester City have all shipped goals this season!  If you are looking for a third choice striker then Ings is definitely a prime target!

What’s Changed?:  This season has not exactly gone to plan for Walker; having put in some average performances for his club, Walker has also temporarily lost his place in the England squad.  With some dreadful numbers behind him at the moment, Fantrax managers must be considering their options; an average of 1.94 points per Gameweek over the last five games in horrendous.  Matters also took a more drastic look for Walker owners in Gameweek nine, as the right-back missed the fixture with an injury; which saw Cancelo come into the starting XI and helping City to their first clean sheet since Gameweek six.

Recommendation:  We recommend trying to trade Walker out of your side.  He is such a big name player, and has great quality; hence the need to trade rather than dropping.  See if you can get a Defender three out of the deal; maybe someone like Chelsea’s Tomori or Manchester United’s Lindelöf (Man Utd have some great fixtures coming up).

What’s Changed?: Plenty of Fantasy EPL Draft Managers will like James, he is quick and a real live-wire around the park for Manchester United, not to mention he is probably going to start every game.  However, if you want to win your Fantrax league, players like James need to be moved out of your side!  Why?  He is very heavily dependent on attacking returns; for example, in Gameweek nine James picked up an assist and still only returned 12.5 points.  The average points per game for James without his four attacking returns (three goals and an assist); is only 1.5 points per game.

Ok, so you can argue that four attacking returns in nine Gameweeks is validation to keep James as a midfielder four or five; but we are talking championship-winning squads here chaps.  As our colleague @DraftGenie has said time and time again; championship-winning squads have players that can tick over seven to nine points per Gameweek without attacking returns.  James is not this type of player!

Recommendation:  We recommend trying to trade James out of your squad; particularly as his stock is high having picked up an assist in Gameweek nine.  Play on the fact James is a guaranteed starter and that Manchester United have Norwich and Bournemouth up next who have the worst and seventh-worst defensive records this season.  Players like Ward-Prowse or Norwood should be achievable in a trade for James.

What’s Changed?:  You must be thinking we’ve lost the plot here, contradicting what we’ve already said about Daniel James above; Pepe is a good Fantrax points scorer; averaging 11 points per Gameweek, yet in the last five games Pepe has only returned two attacking returns.  So here’s the deal, whilst Pepe is a very good points scorer on Fantrax, we are merely sending a warning Pepe owners.  He was very poor in Gameweek nine against Sheffield United, culminating in a shocking miss from six yards out.  With Lacazette returning from injury, plus the emergence of young Bukayo Saka; Pepe owners should be concerned that the Gunners’ most expensive transfer will find himself starting from the bench in the coming Gameweeks.

Recommendation:  We are not suggesting drastic action.  Pepe picked up an assist one Gameweek ago, and a goal three Gameweeks ago.  However, be mindful of the situation with Pepe looking a little short in form.  If you’re concerned; now would be the time to trade whilst his stock is high; you might find a good trade deal can be done.  However, for the short term, sit and wait on Pepe would be our advice.